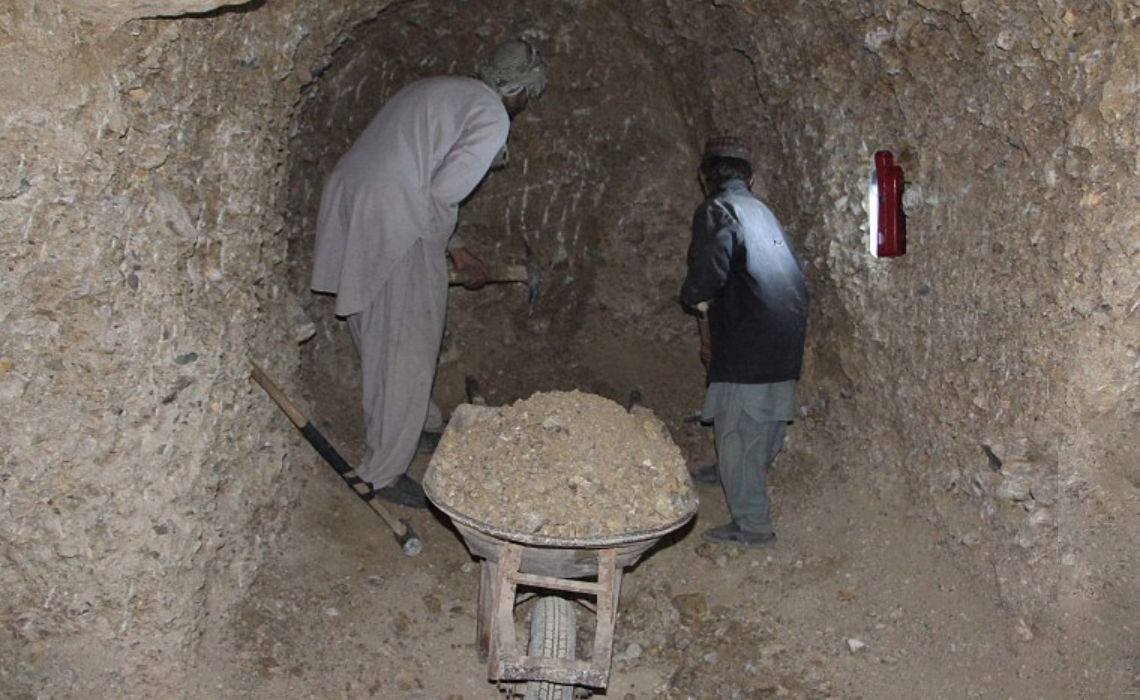 Fatih Çapar, who had his university education in Pakistan and also worked as a journalist there for some years, wrote about the story of the five Pakistanis who profoundly loved the Holy Qur’an and narrated how a step taken for protecting the damaged copies of the Holy Qur’an had transformed into a museum in time.

Almost everyone who visits Pakistan observes Pakistanis’ solemn stance for religious values and also witnesses some achievements of epical proportions done by the Muslims of the Subcontinent.

When we first went to Pakistan, how warming a sight it was to see those light-brown complexioned people donned their prayer caps and held their children by the hand on their way to the Friday prayer in the neighbourhood mosque. Notwithstanding their financial condition, people from all walks of life wear their best clothes and go to the mosque for the Friday prayers. Everyone must have observed the young man who perform their prayers in mosques with full attention and long prostrations. While the streets and buildings are festooned with flashing lights on holy nights, it is also a worthwhile sight to see people come out as families and roam in the streets while the sound of the Qur’anic recitations resonate from everywhere. Let’s now read the story of Haji Muhammad Noorullah and his friends, the heroes who transformed the emotions of such a country into action.

The epic of the Pakistanis who carved tunnel under a mountain in respect for the Holy Qur’an made the news across the country. The mountain transformed into a hub of spirituality for the people of the region. The story of the heroes of this feat makes the witnesses both surprised and emotional. In 1992, Haji Muhammad Noorullah, his brother and his three friends wished to protect the damaged copies of the Holy Qur’an with due care and they assumed their wish as their mission. Seeking solutions to handle the issue, the likeminded friends first considered collecting all damaged copies of the Holy Qur’an and burn them somewhere; they immediately agreed that this would be gross disrespect towards the Holy Qur’an and they gave up this idea.

Afterwards, the five close friends decided to keep the damaged copies of the Holy Qur’an in a tunnel which they would carve under a mountain in the Suleymani mountain range at the outskirts of Quetta. While Farhad’s carving through a mountain for the sake of his love for Shirin may be a legend, these people’s handling pickaxes to carve a tunnel under a mountain may only be explained as an expression of ‘true love’. Keeping up, these lovers of the Qur’an carved tens of tunnels under the mountain named Jabal-e-Noor al-Qur’an situated 10 kilometres away from Quetta, the capital of the Balochistan province.

The antique copies of the Holy Qur’an

In time, both the numbers of the copies of the Qur’an and the numbers and the length of the tunnels carved increased. By July 2014, the Jabal-e-Noor al-Qur’an accommodated more than 90,000 copies of the Holy Qur’an and books of the Hadith, and became a frequently-visited location by the domestic and international tourists. Among the copies of the Qur’an that have been put on exhibition are antiquated and much valuable printed copies dating back to 1100 and 1200 AH and handwritten copies that are 300 or 350 years old. While these copies are delicately exhibited in glass cabinets, the seriously damaged copies of the Holy Qur’an and the Hadith books are stacked along the tunnel corridors.

In this mountain museum that houses books hailing from all corners of Pakistan, the slightly-damaged copies of the Holy Qur’an are restored and sent back to the mosques and madrassas from where they have come or are distributed among numerous other mosques.

Putting wishes in graffiti or standing in prayer and supplication

Some who visit these tunnels spanning an area of 5980 square metres scribble their wishes on the sacks full of Qur’an copies and some stand in prayer and beseech in supplication. This amateur museum opened with manpower has yet to have a technological facility for ventilating the rooms in the tunnels.

More than 100 rooms have been carved in this ‘museum mountain’ that was opened 29 years ago. Each room is full of copies of the Holy Qur’an placed in sacks and stacked one above another. Following suit with Haji Muhammad Noorullah and his friends, a six-person volunteer board has taken up the protection and maintenance duty of this amateur museum at the Jabal-e-Noor al-Qur’an by meeting all expenses themselves. The donations made by the visitors and the income generated from the charity boxes support the volunteers in their maintenance duty.

The businessman who bought and gifted the Chinese-woven fabric

There are locations set in different cities of Balochistan for collecting the damaged Qur’an copies. People deposit the old copies of the Holy Qur’an as well as banners and publications that bear Qur’anic verses in collection boxes at those locations for the authorities to collect.

In addition to this, a rich Pakistani businessman, who heard that a fabric bearing Qur’anic verses had been woven in China, purchased the entire consignment of that fabric and gifted it to this museum. Nowadays, most of the copies of the Holy Qur’an that are stored in the tunnels are kept in the sacks stitched from that fabric.

Teachers from the PakTurk Schools in Quetta used to visit this amateur museum at different times. Sometimes they would also take their guests who came from the other cities of Pakistan or even from abroad to the Jabal-e-Noor al-Qur’an. During those visits that left indelible marks on history, many emotional moments would be experienced as well.