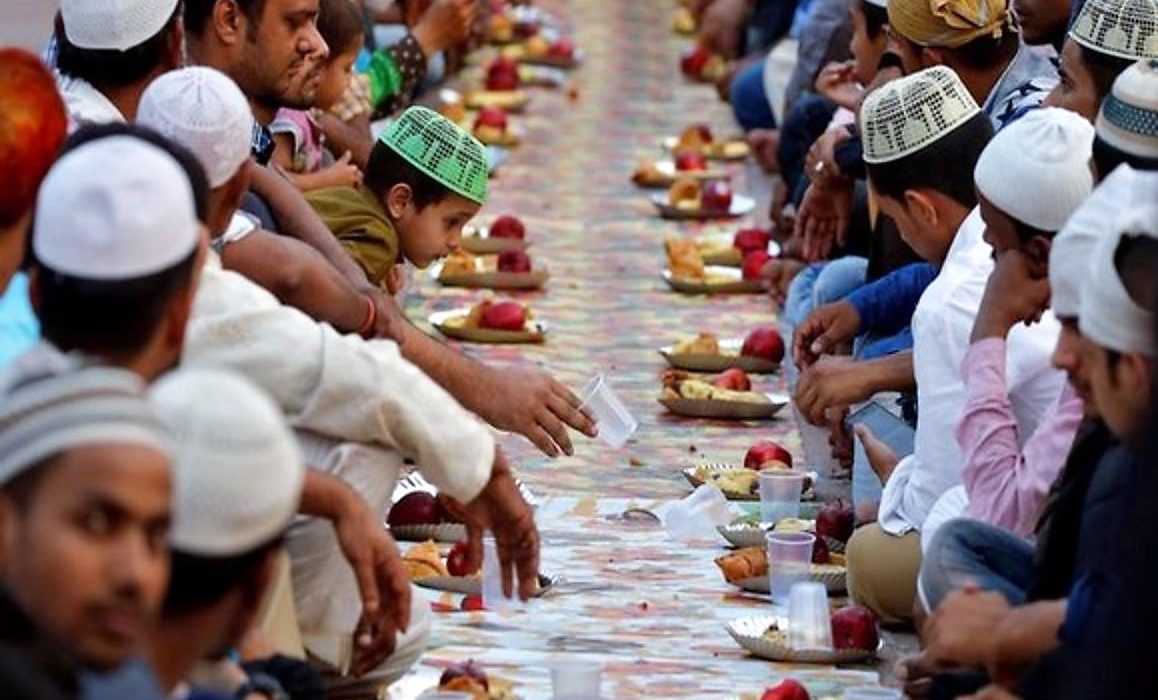 In the second part of his article on Ramadan in Pakistan, educationist Sadık Pakdil, narrated the TV shows that transformed in time into displays of competition and the varieties of fast-breaking snacks.

Towards end of the 1990s – the years when we first came to Pakistan – the months of Ramadan seemed to us more heartfelt and kindlier. Ah, those months of Ramadan that were pronounced as ‘Ramzan’ in Pakistan… During those years, there was only one TV channel, and that was the state broadcaster PTV. People enthusiastically looked forward to watching the PTV’s Ramadan transmissions during the iftar and the sehri times.

In recent years, the Ramadan programs that are presented and presided by the celebrities with a fusion of entertainment and religious information have increased in number on private TVs. Some of these shows draw extreme criticism in terms of their format and sobriety. According to some Pakistanis, Ramadan – a month of worship, altruism and tolerance – has long been losing its true meaning because of the consumption-mindset displayed in the mass media. Nowadays, there are Ramadan programs on private televisions with live broadcasts up to 12 hours. Such programs offer umrah and car raffles together with charity distribution to poor families who compete in various quizzes and talent shows and naat recitations in praise of the Holy Prophet. Meanwhile, scholars from different Muslim schools of thought speak on these programs with rich content.

TV shows with a total annual budget of 200 million rupees

Considering that more than 130 million citizens are categorized as ‘extremely poor’ in 220-million Pakistan, encouraging poor families for competition in some Ramadan TV shows in the name of ‘charity’ is found hurting and offensive by some circles. Reportedly, in 2020, more than 200 million rupees in total was spent for Ramadan shows broadcast live on nearly 15 TV channels. It may be understandable that the sponsors and the presenters of these shows distribute cars, motorcycles, and household items as gifts to the studio guests; however, in the past years, a private TV channel even announced that it would gift a private plane to a lucky viewer.

During Ramadan, Pakistanis spend time in mosques and in their homes, avoiding worldly affairs, and praying and reciting the Holy Qur’an as much as possible. Family members, friends and acquaintances also invite one other to iftar dinners at their homes and restaurants. As the fast-breaking time approaches, people’s hurry and thrill increase. Children and young people enjoy playing cricket or volleyball on the streets until midnight and even until the sehri time if it is especially a pleasant summer. Street food sales experience a boom during Ramadan. Especially during the last ten days of Ramadan, meals are carried from houses to mosques during the i’tikaf period. The last Friday of Ramadan is called the Jum’a-tul Vida (Farewell Friday). Both on this day and on the Laylat al-Qadr (Night of Power), the mosques are illuminated entirely and they overflow with congregations.

As the month of Ramadan comes to an end, people flock to the shopping malls, bazaars and markets. They go out for shopping especially on the eve of the Eid called “Chand Raat” (The Moon Night), and the barbers and the hairdressers are high in demand too.

In Pakistan, Ramadan is a very active month not only in terms of food culture but also for the joy of worship. The aroma of snacks and meals rising from the kitchens as the fast-breaking time approaches are among the unforgettable moments of this holy month. In Pakistan, after the iftar and the maghrib prayers, there are many delicious meals that are eaten at home, in restaurants and other places of invitation.

As fast-breaking snacks, besides ‘dahi bara’ or ‘dahi pulki’ – a snack made of fried or roasted lentil flour shaped into spheres or thin cylinders and seasoned with a yoghurt sauce rich in masala (spices) such as cumin, turmeric, red pepper and many others – people also eat chola chaat (a chickpea salad with diced tomatoes and tamarind sauce), fruit chaat (a fruit salad seasoned in special spices), shami kabab (chickpea and lentil flour mixed with potatoes and fried in the form of hash browns), pakora (a variety of mixed vegetables such as diced potatoes, eggplant, okra, green peppers dipped in spicy chickpea paste and deep-fried lightly), samosa (a deep-fried triangular pastry with fillings such as potato, cheese and spicy ground beef), and jalabi (made by deep-frying white flour [maida] batter in pretzel or circular shapes, then soaked in sugar syrup) which resembles the Turkish yogurt tatlisi. Whether it is sabz chai (green tea) or doodh patti (milk tea), tea is usually preferred with elaichi (cardamom) included.