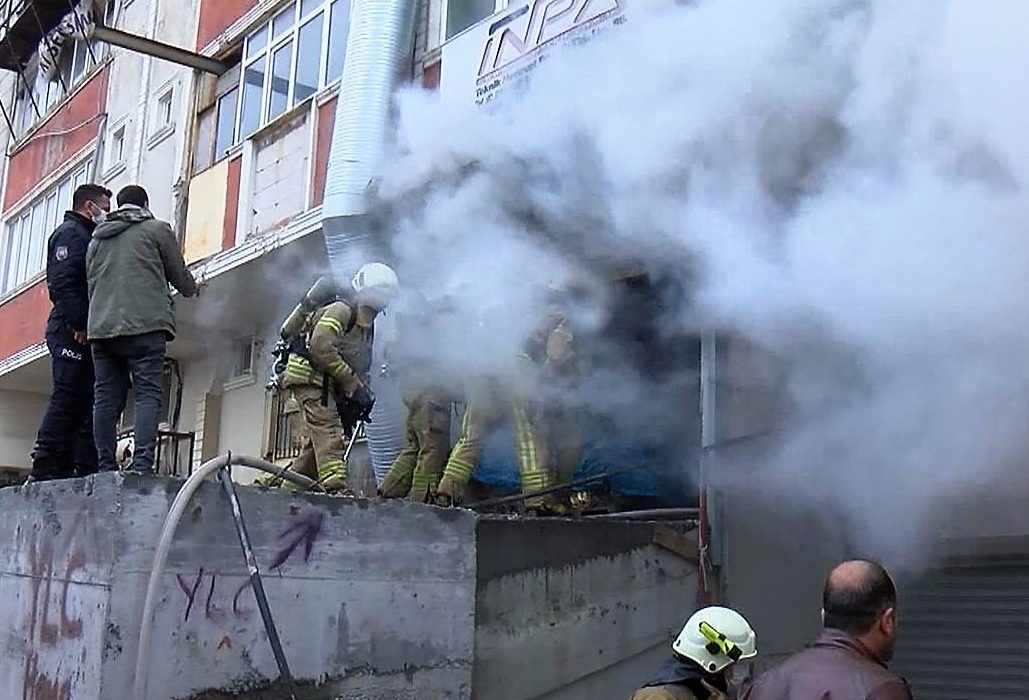 Four Pakistani workers lost their lives in a fire in a hardware warehouse in Arnavutköy, Istanbul. No information was given about the cause of the fire and the full identities of the demised.

According to the news filed by the Dogan News Agency (DHA), on Sunday (yesterday), a fire of unknown origin erupted in the hardware warehouse located in the basement of a four-storey apartment building in Merkez Mahallesi, Eski Edirne Asfalti quarter of Arnavutköy district. After the arrival of the fire brigade who controlled the blaze, the neighbourhood residents alerted the firemen of the presence of some workers in the warehouse. Following that, the firemen intensified their activities. It was later revealed that a worker had managed to escape from the blaze by hurling himself outside at the last moment.

After the smoke cleared, the lifeless bodies of four Pakistani workers were found in the warehouse. The mentioned Pakistanis are stated to have lived as refugees in Turkey. The corpses were taken from the warehouse to the Forensic Medicine Institute by ambulances. While a large-scale investigation into the incident was initiated, the survivor of the blaze was hospitalized as an outpatient and his testimony was subsequently taken at the police station. The identities of the survivor and the demised Pakistani workers, whom the survivor mentioned as “his friends”, have not been disclosed yet.

Meanwhile, the exact number of Pakistanis who live in Turkey as refugees is unknown. It is stated that only in 2019, 71,645 people entered Turkey from Pakistan through illegal means. However, before 2011 – the year when the civil war had started in Syria – no significant influx of migrants from neighbouring and Asian countries was registered. Irregular migrants from Pakistan to Turkey also began to appear after those years.