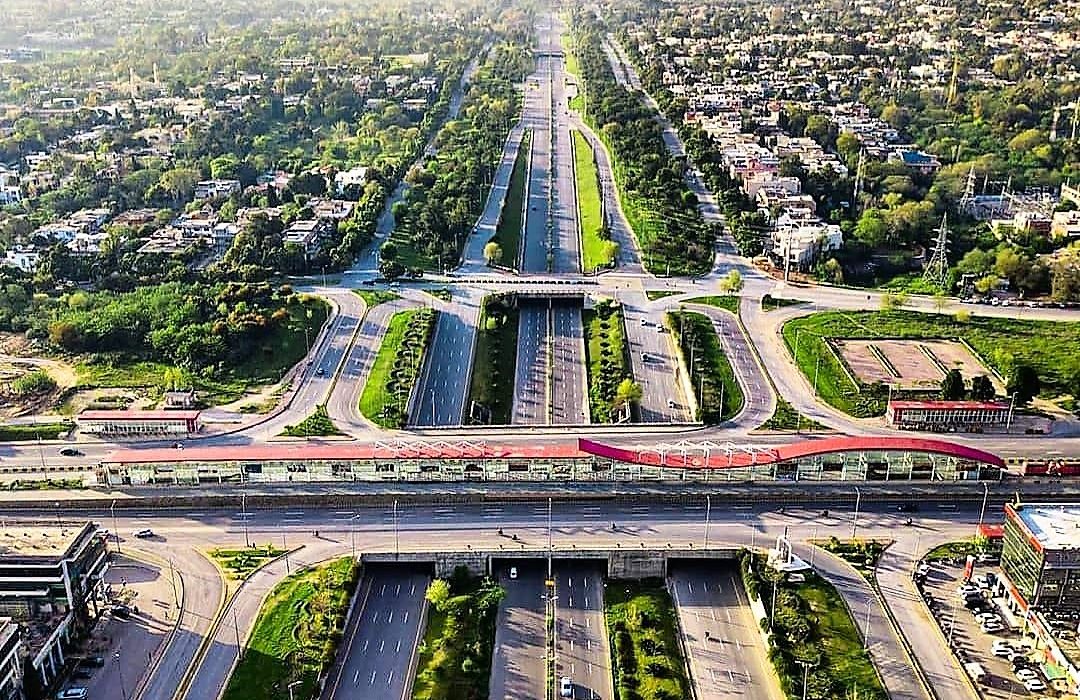 Educationist and researcher Doğan Yücel wrote about the Islamabad traffic, which bears different aspects from the traffic in other Pakistani cities. He narrates the interesting and extraordinary incidents in the city traffic, which he defines as ‘calm and orderly’.

As the capital of Pakistan, Islamabad does not have a dense population as compared to some other cities in the country. Fondly labelled as ‘Islamabad the Beautiful’, the city has far-stretching streets and avenues that seem to have been intentionally drawn as straight on the design board. Islamabad is a fairly new city where carts pulled by beasts of burden and rickshaws are not allowed ply the roads. Such features make the traffic in Islamabad different. Since Islamabad is considered a city of students and government officials, few industrial zones are there in the city. Due to this, traffic flow in Islamabad is generally calmer and more orderly as compared to other cities in Pakistan.

When I had first been to Islamabad, this was what I had observed: The love and respect heaped by the people of Pakistan, and especially the police, is so tremendous that you as a Turkish national may feel yourself as the citizen of the world’s strongest country and the holder of the most prestigious passport. Almost all of our friends know about the police checkpoint located right before the exit from the Sector G-10 to the Kashmir Highway. One day, while I was driving past that checkpoint, a police officer stopped me. Possibly due to the intense schedule of that day, I had been on the phone and giving directions to someone. The officer told me that I had been on the phone while driving and wanted to see my driving license. When I handed him my Turkish driving license, he examined it carefully and finally said, “You are our guests!” He returned my driving license and allowed me to leave.

I want to pay the fine of my offense

As I drove on, I also revisited my experience. After a little thinking, I felt crushed both under the traffic offense I had done and how I had been benevolently allowed to leave. I thought my conduct did not suit the Turkish identity due to which I had been shown respect by that officer. Heavy with that concern, I took the first U-turn and drove to the police checkpoint. The police officer who had stopped me earlier was not there. I explained to another police officer that I had just minutes ago been stopped by another officer for talking on the phone while driving and that the officer had been lenient by letting me go due to my Turkish identity. I also said to the officer that I wished to pay the fine for the traffic offense I had committed.

We were almost compelled to fast without eating anything for sehri

We used to live in a house in Sector G-10/4. In those days, the head office of the Foundation was in Sector F-8. It was the month of Ramadan and I was invited along with two friends for an iftar-and-dinner there. When we reached there, I told the friends, “It’s better we return home without much delay.” Meanwhile, they started watching a movie after the dinner. At last, we left the Foundation office around 12 at midnight. Almost immediately after leaving, a police officer stopped us around the corner and asked to the see our IDs and passports. I had my passport with me, but my friends had left theirs at the Foundation office. While the police were taking them to the station, my friends managed to tell me where their passports were: In such-and-such drawer of a cabinet…

I first went to the Foundation office. I was a bit angry at friends, because they had not listened to me earlier. It was almost the time for sehri. I managed to find the passports at last, and went to the police station to show them to the officers. I returned home with friends. Something which would normally take half an hour took a couple of hours and we were almost compelled to fast without eating anything for sehri. 😊

I had arrived in Islamabad in 1996 as a student. Since our financial means were slim, we could not afford to hire taxis. The public vans and buses were extremely crowded as well. Since we did not know the local language then, we also could not get our message through most of the time. We had a friend who hailed from Kahramanmaras. He told me one day, “I have some money. If you lend me some more, we can buy a motorcycle.” I lent him some money and he bought a scooter from the most inexpensive range. We started shuttling between home and university on that scooter. One day, while trying to overtake the bus in front of us, we collided with an oncoming car. Both of us were hurled on the asphalt and dodged a fatal accident with near miss. The driver of the oncoming car was understanding, but the experience was fairly ‘painful’. 😊

It was the time when I used to live in Peshawar. A teacher friend had arrived from Kabul and I had taken him to Lahore for a tour. On our return journey, we requested the bus driver to stop on the motorway at a location near Islamabad so that we could perform the ‘asr (afternoon) prayer. The driver did not heed us. My friend insisted and said, “You are doing something wrong by not accepting our request” but the driver continued driving as if nothing had happened. After a short while, the bus developed an engine fault. There was still enough time for us to perform the ‘asr prayer. However, we were stranded there with other passengers for not only the ‘asr time but also for some time enough for performing more prayers. My friend went to the bus driver and said, “You did not let us to stop for a short prayer, but see how Allah keeps you stranded here for many more prayer times.”

Do you know Chief Musharraf?

We were among the firsts who had gone to Peshawar to live and attend to schools there. We had extremely limited means and we also did not have many visitors. I had to go to Islamabad for an official business. I got off the bus at the terminal located behind G-9 Markaz, also known as the Karachi Company. I wished to take a taxi to my destination. Those who arrived in Islamabad from Peshawar were usually Afghan nationals. A police constable approached me; it was obvious he had mistaken me for an Afghan. He asked to see my passport, and I took it out of my pocket and showed it to him. After talking for a while, he told me I had to accompany him to the police station.

When we reached the police station, I told to the police constable who had accompanied me, “I want to talk to your Chief (station house officer).” He asked in surprise, “Do you know Chief Musharraf?” Only then, I came to know that the SHO’s name was Musharraf. Since the name of the then-Chief Executive and President of Pakistan was Musharraf, I said to the constable, “I know Musharraf.” Afterwards, the constable handed me my passport slowly and said, “Put it in your pocket right now!” When I put the passport in my pocket, he added, “Now, leave.”