In Pakistan, Eid is a grand family reunion 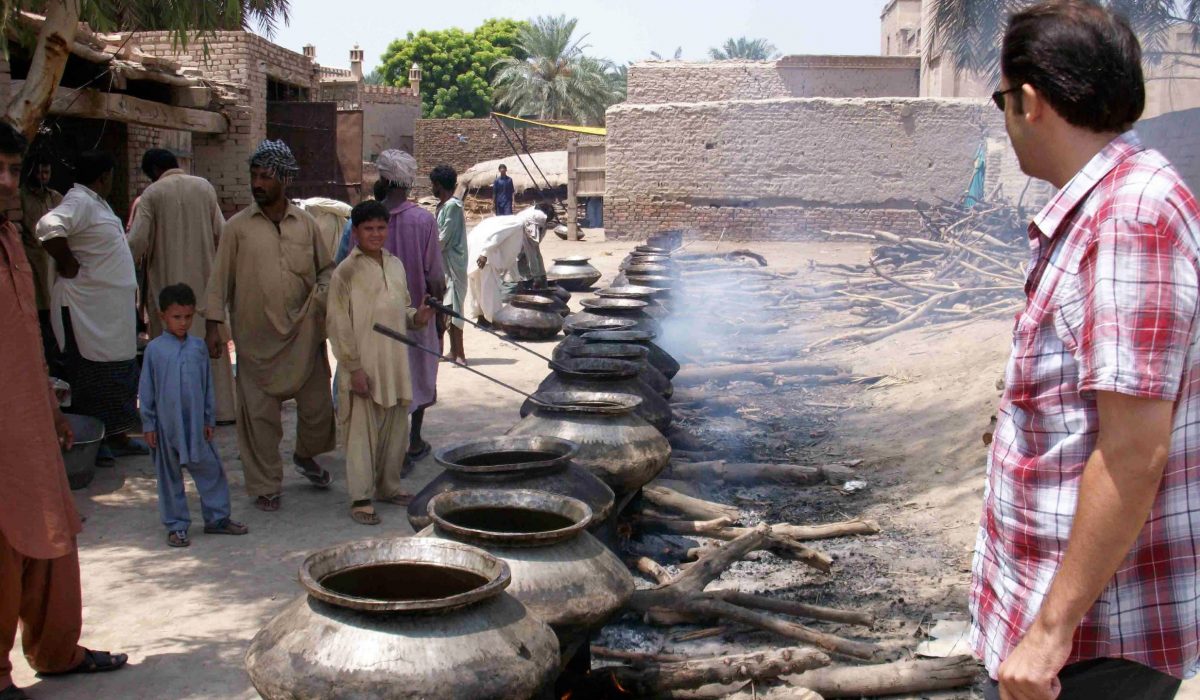 Educationist Doğan Yücel wrote about the humanitarian assistance activities organized by the volunteer PakTurk employees after the devastating flood disaster in 2010 which also coincided with the month of Ramadan. Yücel cited two examples from the feedback they received about the emergency relief provided.

The villages on the banks of the Indus River were extremely affected by the devastating flood disaster in Pakistan in 2010. In order to shield some riverside towns or key agricultural lands, the state authorities had demolished the riverside embankments, especially in lowlands. The width of the river, which was two kilometres under normal circumstances, had increased to 38 kilometres in places. As was anticipated, across a flat geography spanning hundreds of kilometres, many villages, farmlands, and wildlife areas were inundated for several months. While driving down highways, (which were a few metres higher than the normal ground), you could see vast patches of water both to the right and to the left. You could also see the upper branches of some trees sticking from the floodwaters at times.

The flood that started in late July 2010 continued throughout August. That year, the month of Ramadan coincided with the time of the flood disaster. In Pakistan, where the majority of the population is Muslim, people lost their homes, cultivated lands, and animals, and were striving for fasting through the iftar and sehri meals distributed in the relief camps.

Many municipalities and non-governmental organizations (NGOs) from Turkey also rushed to help the people of Pakistan. The logistics of these emergency relief activities was largely conducted by the Turkish and the Pakistani teachers of the PakTurk Educational Institutions. We intend to write down our contributions to that humanitarian assistance campaign in time.

Now, we would like to have a travel back in time and mention here the e-mails of our two colleagues who had then expressed their feelings after taking part in the emergency humanitarian relief activities at the flood-affected regions:

1) “I wished to convey to you something I witnessed two days ago. Along with an emergency relief team who had arrived to Multan from Konya, Turkey, we set up a field kitchen at the tent camp erected on the grounds of a public school in a town called Rohillawali, near Muzaffargarh to cater to 1000 people. People said they could eventually eat something proper after seven days and prayed to those who had a share in this gesture. On the next day, I visited the tent camp and checked the conditions. While I was visiting tents and asking whether the food served had been enough, especially the women and the children were expressing their happiness and satisfaction. Some prayed, ‘You came all the way from Turkey. You did not leave us unattended during our days of hardship. We pray to Allah; may He not leave you abandoned in the Hereafter. May Allah be pleased with the Turkish schools and the Turkish businessmen who contributed to this assistance. You were the first to reach to our help just the same you had done during the time of the earthquake.’

Having noticed a middle-aged uncle waving to us from a distance, we walked towards him. He wished to say something, so I asked him, “How can we help you?” He said, “Allah knows, since the beginning of Ramadan – that is for the last seven days – we did not have anything proper to eat. For the first time in our life, we were unable to fast. As you can see, we are left with nothing but the clothes on our backs. We have no other clothes, food or shelter. We were unable to bear the heat. You arrived and served us food. We managed to eat something proper for the first time after seven days. We also managed to have a proper sehri and now 50 percent of the people in this camp are fasting. You conduced to this. May Allah be pleased from you, our brothers from Turkey. We look forward to receiving your further assistance.”

All public schools were converted to relief camps

2) “Water… as far as the eyes can see. We are near Dadu. Many years ago, the British engineers had constructed five-metre tall levees that stretched hundreds of kilometres along the river to protect the riverbank settlements against the floods. Those levees did not break after the recent flash floods. However, the authorities had been compelled to discharge high volumes of water and sacrifice some villages to protect the levees against uncontrolled breaches. Unfortunately, thousands of villages are now inundated. People had been moved, and those who had resisted against leaving their flooded lands had been necessarily transported to camps. All public schools have been converted into relief camps. Above, you can see the current photographs of the zones to where only 20,000 of flood affectees were moved. With my kindest regards.”