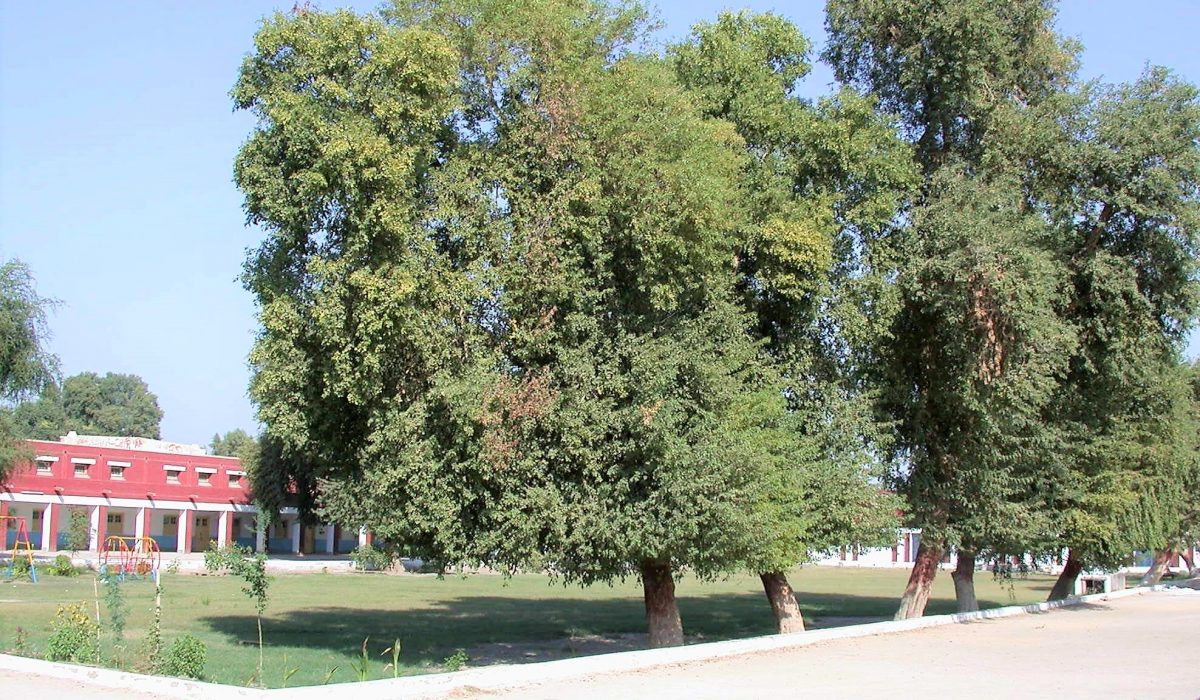 Educationist Taner Koçyiğit continues to narrate special stories from his 14 years in Pakistan. In the seventh part of his memoirs, he wrote about the reading retreat held at the school in Khairpur Mirs, the long bus journey there and his next place of duty.

During that professional development workshop span we spent in Islamabad, a winter reading retreat program in Khairpur Mirs was also on the agenda. It was the last days of December and we set off with the families from Islamabad to participate in the retreat. After a bus ride of about 20 hours, we reached our school’s dormitory building in Khairpur Mirs. Our school there was in a one-story building with a very large land allocated by the local government. The dormitory building was also close to the school, we stayed there at nights and came to the school for the daytime reading programs.

The renovation of the dormitory building had just been completed and we were the first guests in the dormitory. There were small lodging-type houses where ladies and some families stayed. While walking between our dormitory and those lodgements, we used to see cat-sized rats scurrying along the sewers in and out of the houses. Despite those negative conditions, the reading retreat was an opportunity for friends from different cities to meet one another and we all had a lot of days in fun. Since the weather was conducive, conversations, meals and meetings were taking place on the grass playground of the school. The principal of the school and the general coordinator of the reading retreat was late Mr. Adem Köse. All the needs of the guests were considered and preparations had been accordingly made. The hospitality of Mr. Adem and other teachers and staff members impressed us all.

Our room was lit by the headlight of the rental car

Since most of the teachers who attended that winter retreat in Khairpur Mirs were our peers, almost all of us were single and we stayed together in the dormitory. Other friends who heard about the fictitious ‘Single English Teachers Association’ that we established in Islamabad to make our wait for our next teaching appointments into fun, said, “We want to join you, too” and we even held a meeting with a large participation during the program. Since we held those meetings without the knowledge of the senior school administrators, it was more fun. Alas! The life of our association was meant to last until we returned to Islamabad! After I returned there, we were never able to meet again under the banner of ‘single English teacher folk’. Most of us got married, and each of us was posted to a different city.

Due to the frequent power outages in the city, different measures were taken to keep power running. Despite that, we were once all in the dark during an evening conversation. As we continued our conversation in the dark, the windows and the doors of the hall suddenly opened. At that time, one of our host colleagues started the car they had rented for use during the reading retreat organization and illuminated the hall by training the headlights there. None of our friends working there had his own automobile, meals were cooked in the dormitory and taken to school on donkey carts. Our schools across Pakistan were already in great financial difficulties. However, we could say that Khairpur Mirs was the most financially deprived place among the cities where we had schools. There was a very nice spiritual atmosphere during that reading retreat. We heard that some of our friends had seen exquisite dreams a few times.

A surprise from Pakistani police in 21 hours journey!

Another consequence of the Khairpur Mirs reading program was the announcement of the new workplaces of the long-awaiting English teachers in Islamabad. I and my precious teacher friends welcomed the year 2004 at our reading retreat in Khairpur Mirs, accompanied by beautiful prayers and worship. After that five-day program, we set out for Islamabad. A surprise awaited us during that 21-hour journey.

Police officials in Khairpur Mirs considered a busload of foreigners might make a potential target on wheels; that’s why, they told us the police would accompany our bus until Islamabad, even though we did not request it. Each police vehicle would escort us for about two to three hours and, after reaching the jurisdiction of another police force, it would submit us to the next police vehicle and return. In that way, the police – profound thanks to them – escorted us to Islamabad for our safety.

We had started our journey back to Islamabad in the evening and when we heard that our driver was going to drive all night, we sang loud hymns so that he would not sleep until the morning. In the morning, there was an announcement: “We will have breakfast in Multan”. There were 50 people on the bus, including children. We wondered whose house and heart was large enough to host 50 people in one sitting. Thankfully, Mr. Abdulgani and his wife had prepared breakfast for 50 people in their tiny house. It was a very delicious breakfast. I guess Mr. Abdulgani has the record for hosting the maximum dining guests at once. 😊 After that short stopover in Multan, we set off again. Another memorable aspect of that journey was that the driver who took us to Islamabad never left the wheel for 21 hours.

A short time later, the officials at the head office announced to me that I would continue teaching in Quetta. While I was in Khairpur Mirs, my place of duty had already been decided and the notification of appointment was delayed until after my return to Islamabad. Otherwise, did the school administrators, who observed how deeply I was immersed in the affairs of our association for fun, mean to say, “Let’s appoint our ‘colleague who ardently yearns for duty’ to Quetta to meet his students there, without making him wait any longer!”? 😊

Part Six: Farewell to Attock and ‘a long workshop’ in Islamabad