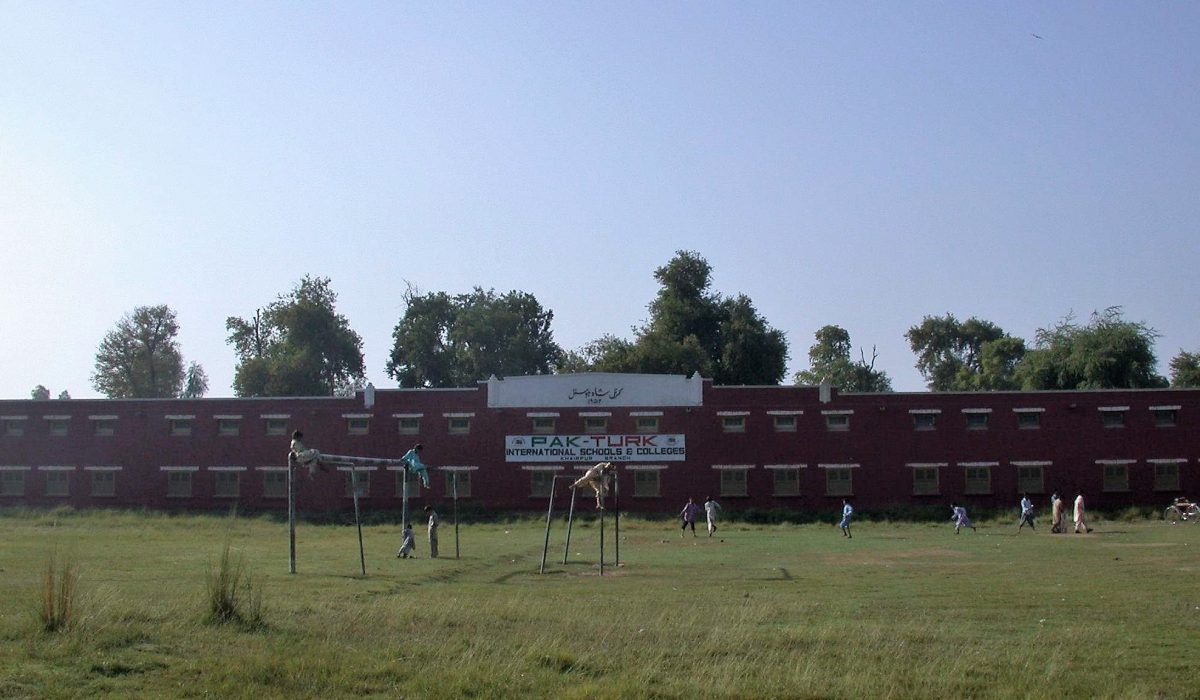 Educator Sadullah Bayazit continues his series of articles in which he wrote his ‘friend-in-fate’ Abdulgani Gulmez’s ‘life in emigration’. In the eighth part of his memoirs, Bayazit tells in Gulmez’s words the daily life, punctuated with financial difficulties and scarcities after the opening of the school in Khairpur Mirs, a life also full of quirks.

Khairpur Mirs was a city competing with Sukkur. For instance, the airport was in Sukkur. The university (Shah Abdullatif University) was in Khairpur Mirs, while the regional hub is Sukkur. Khairpur Mirs is a city surrounded by banana and date palm orchards. Most of the country’s banana and date production came from there. With its surroundings, the city’s population was close to one million at that time. The population within the city limits was said to be around 500,000. There was a serious problem in the infrastructure and electricity grid of the city. Since the sewerage lines were not properly laid, most of the streets and lanes would turn into pools in monsoon rains. In summer, humidity increased with temperature. Banana orchards also had an effect on this. The electricity grid was problematic throughout the city. We used ‘stabilizers’ for every electrical tool due to fluctuating voltage. Most of the villages did not have natural gas connection, and electricity was not available most of the time. There was no mobile telephone network at that time. I later learnt it was introduced in 2003 a few months after I left.

Some of our friends, during their first days in the city, had thought, “If I had some money, I would leave here immediately!”. Later, there were some who confessed such thoughts. As I mentioned, after staying there for a while and mingling with people, many of them were weeping while leaving the city. We made so precious friends there. Neither the sewage problem of the city, the lizards or all kinds of vermin in the houses, nor the scorching heat surpasses the sincere friendship and camaraderie in Khairpur Mirs.

The motorcycle became the official vehicle of the school!

The city lacked the private elite schools. There were small local private schools. The children of the landlords always studied in the big cities. Things were transported on carts pulled by donkeys, horses, camels or buffaloes. For example, whenever we bought a table, chair or something else from the market, the vendor used to hail a donkey cart and described the address to the rider in writing or words. Even when you did not accompany the rider, the goods would surely reach the address. That seemed very strange to me at first and I would ask Rajab, “How on earth are we going to trust them?” He would reply, “This is a small place, vendors and the cart drivers know one another. Nothing will happen.” Whenever we bought something, we would say to the cart driver, “You will submit these to the person named such-and-such at the Colonel Shah hostel building”. Sand, cement and other materials would arrive without anything missing. For instance, once the truck driver who had brought our cargo from Quetta had dumped it a location outside Khairpur Mirs. The cargo was later carried to our school on donkey carts that shuttled back and forth in 8-10 trips. Not a single item was missing. The rickshaws in the city would also work as shuttle services. Every friend who came to the city was surprised when they first witnessed it. The rickshaw fees were either three or five rupees back then. It was possible to find rickshaws in constant motion round the clock on main avenues of the city.

Turned out I fell into depression due to loneliness…

During the summer vacation of 2002, when I was alone as the only Turkish member of the school staff, Rajab too had gone to his village. I was alone. There was no smart phone like we have now. I was single, I had no family, no radio, no television, no electricity, no cool air, and no one to talk to… Absence in scarcity. There was only one thing: the motorcycle. I took it and started riding it back and forth in the periphery of the campus playground. While I was riding my motorcycle along the playground and the school corridors, I suddenly accelerated. I did not understand why, but then suddenly I braked, and the motorcycle skidded. Since the ground was full of gravel, I managed to stop by gently bumping at the garden wall. The people around came to ask “What happened” and I replied, “I was trying the brakes, nothing else! Turned out I fell into depression due to loneliness. 😊

Once, I and Rajab were going to Gharib Nawaz for dinner. A young man, who was hiding something under his tightly buttoned kameez (shirt) and standing by the school’s main gate opening to the street, stopped us. He asked Rajab something. Rajab directed him to the policemen waiting at the gate of the school. Hearing the police, the young man quickly disappeared. Later, Rajab said the young man was a mugger. From the first day we received the school, the police waited at the gate at night against theft.

Mr. Miraj arrived when I had recently started to live the former imam’s lodging by the mosque. On that night, we tried to go to sleep but due to low voltage, the ceiling fan was not working. After a while, the electricity went out completely. All of a sudden, the room was filled with mosquito buzz. We could not sleep due to mosquito bites and excessive sweating. We went out and looked towards the school. It was dark everywhere. Rajab and the school’s security guard were lying in the middle of the courtyard, but their pedestal fan was working. There was electricity in other houses, only our house did not have any power. We could not make our voices heard. It turned out that one of the electricity connections leading to our house came loose. After a lot of trying with a long pole, we were able to attach the hooked cable that had come loose.

It was also difficult to find rental houses in Khairpur Mirs as there were not many people coming from out of town at that time. When our friends first came, they found it very difficult to find a house in the city. They were mostly able to rent a house with the reference of a parent or an acquaintance. The houses were not in the form of flats to which we were accustomed from Turkey, because nobody in the city wanted to rent their house.

We experienced the most obvious example of this with our late principal Mr. Adem Kose. Mr. Adem had just arrived from Turkey. Mr. Halit, referring to the lodgings I mentioned earlier, said to him, “Your house is ready, take your family and settle down there.”  Unfortunately, at that time, the lodgings had not yet been transferred to us. We continued our negotiations with the municipality, but could not reach a conclusion. Mr. Adem had arrived in Karachi, they called me from there and sent a message saying “Prepare the house, your school principal will be there tomorrow morning with his family. Welcome him and place him in his house.” There was no ready house! The process of taking over the residences had just begun and they were being renovated. Unfortunately, when it was misunderstood, Mr. Adem showed up with his wife and their four small children. We scoured the items that had arrived from Quetta and managed to set up two bunk beds for the family of six in our famous one-room imam lodging. I moved to a small room on the side of the school for a while. In fact, the greatest hardship was faced by the young children and Mr. Adem’s wife. They had to live in that narrow room for almost a month until they found a house.

Finally, we were able to rent a house near the school for the family, although it was not at normal standards. Every principal who came after Mr. Adem lived in that house for years. We even had security concerns. Rickshaw drivers, parents, students and most of the people in Khairpur Mirs knew that house as the ‘Principal House’.

Part Seven: Utterly-surprised authorities by the school’s progress in only one year