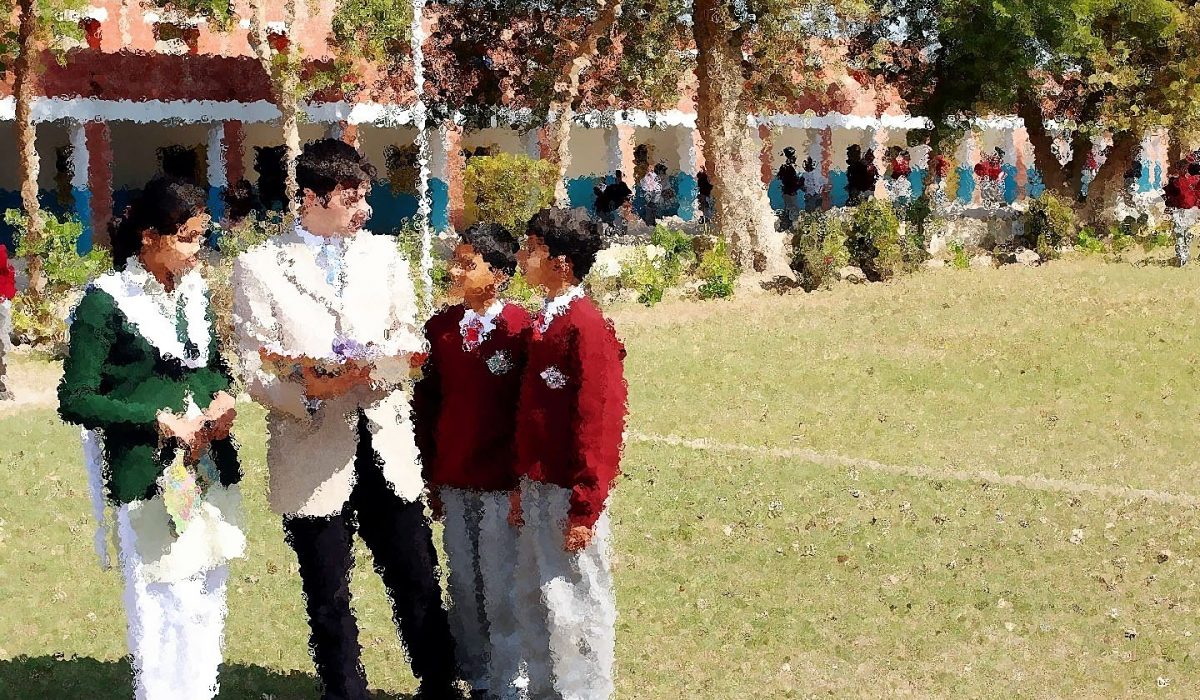 Fatih Çapar wrote about his 12 years in Pakistan, where he went to study at a university. In the first part of his memoirs, he narrated his travel to Pakistan, his first impressions, the students in the dormitory and his fellow student mentors.

When I decided to study at a Pakistani university in Khairpur Mirs, I asked an older brother, who did not spare his support at times I applied for my visa and purchased my ticket, “What is Khairpur like?” He smiled and said it was a good place. We landed at Karachi Airport at 2 am on August 24, 2006. Although the first shock was the smell of hot air and spices, the crowded streets I encountered surprised me at first.

Before moving on to Khairpur, we had to pass the stalls selling mangoes and various fruits in open-air markets in the streets of Karachi. The synthesis that emerged as the pungent smell left behind by the monsoon rains mixed with the exhaust fumes rising from the busy traffic around and the aromas of tropical fruits was repulsive to me in the first place. On the first evening when I went to Khairpur, a nice fruit table was set and the mangoes were sliced nicely. I took the mango in my hand, but left it as soon as I smelled it because it reminded me of a similar smell in the street we passed in Karachi. Although I looked forward to the mango seasons in the following years, I could not bite at a mango in my first year because of that sensory memory, unfortunately.

Fond and tearful memories of the past

Mr. Nebi and his family were on the same plane with us that day. He had told us at the airport, “Young ones, do not worry, everything will be fine!” While we travelled from Karachi to Khairpur Mirs by train, he explained to us that they had stayed in an African country before and narrated the hard conditions there. His wife, Mrs. Esra added they had to cross a river teeming with crocodiles and their daughter had been afraid. However, after he started to stay in Khairpur Mirs, Mr. Nebi started to miss Africa and he was almost short of saying in tune with the famous Turkish ‘Ankara March’, “As I regard and cherish even the rubble stones of Mauritania, I cannot help but shed tears in yearning!” 😊

After getting off the train towards the dawn, we were received by the manager of our dormitory. He piloted us on his motorcycle while we and our luggage followed him in separate rickshaws. Passing through narrow streets, we eventually stopped in front of a house. A Turkish national opened the door and, considering his place of residence and attitude, I thought he was a local employee of the school. Our dorm manager said to him in a slightly annoyed tone, “Brother, the luggage of the new teacher family is here. The rickshaw drivers demand a higher fare.” That person said, “Okay, I’ll handle it” and we went to the dormitory with the manager. Later, I learned that person whom I had mistaken for a local employee had been in Pakistan for many years and left the fruits of his labour and sweat in almost every corner of the country. He was Mr. Osman, the principal of the school.

What if a lizard falls on my head?

In the dormitory, we met three devoted student mentors who had come to Pakistan before us. They welcomed us very nicely. It was obvious they were happy to meet new faces. I went to the sink to wash my hands and face. I was very surprised to see the lizards walking around on the ceiling. I was not afraid, but I was very worried any of them would fall on me at any moment. Later I learnt that everyone who came to live in Pakistan experienced that particular nightmare of “What if a lizard falls on my head?” during their first year. Oh, at times, lizards fell for sure…

They took us to an air-conditioned room. Our dorm manager said, “Rest here until the breakfast.” Sometime later I woke up. Oh my God, how hot it was! I, who did not like heat because it triggered migraine, had woken up in a virtual oven. The electricity seemed to have been cut. I ran to the door to throw myself out for some breeze, but I closed the door just as I opened it. With the heatwave hitting my face, I realized that it was twice as hot outside. Soon, it got hotter inside… I went outside. A small group of brown complexioned and warm hearted students, with whom I and my friends would mentor for the whole year, surrounded me and spoke to me in accented Turkish, “Welcome, abey! Where are you from?” I smiled.

Our dorm days had started and we soon became acquainted with the boarding students. The students liked their previous mentors very much. They both liked and were wary of Brother Bilal, whom they considered as a father figure. Bilal provided the order in the dorm. There was also ‘Brother Harun and his room’. I cannot remember a time when there was no student in his room. They were constantly circling around Harun. The students would also play pranks with their Brother Harun. They knew their brothers Bilal, Harun and Mehmet so well that they would always tell us newcomers their memories with them. Brother Harun had once told the students to be quiet during the study session. He had wished to warn them by saying, “Otherwise, I will not let you have doodh patti (tea with milk) during the evening recess”, but since he had been to Pakistan for only one month then, his English had been a bit weak. The students had continued talking loudly, and he had shouted at last: “Yes speak, no doodh patti! No speak, yes doodh patti!” This phrase had become the motto of the study hours for an entire year. 😉

It turned out that the student who urged his friends to prayer was a Hindu!

Those were our first weeks there. In the dormitory, the five daily prayers were performed in congregation. At the time of the morning prayer, I came out to the corridor to wake the children and called out, “Come on for the Prayer!” Halar, a bright and active student who was also one of the most proficient in Turkish, woke up right away. He started to wake up his friends along with me. He was calling out in Turkish and Sindhi, “Come on for the Prayer!” He even tried to wake some students by pulling at their arms. When we stood up for the Prayer, I turned to him and said something like, “Halar, did you take your ablution?” or “Halar, would like to recite the qamat?” When I said those words, everyone went silent in the masjid. Halar smiled, said something, and stepped back. After each Prayer, we used to talk to the students about moral values ​​and Halar would always be present there. I could never keep him apart from other students. It turned out that Halar was a Hindu. He used to wait in the masjid until the Prayer was over and would then join the conversation. That dormitory was like a family to everyone.

‘If there was a glass of cold water, I would pay a thousand dollars for that’

The months of Ramadan were testing due to the challenges from the extreme heat and the frequent power outages. We would go incredibly thirsty. We would not have much opportunity to cool off. Our teacher brothers and sisters used to have a harder challenge. They used to teach for hours and experience thirst to its peak point. Once, one of the Turkish teachers, whose wife too was a Maths teacher like him, shared a memory. He had taught for hours at school and also participated in some after-school activities with the students. When they had gone home in the evening, the power had been out for 12 hours, so even the water in the refrigerator had been lukewarm. He had gone to the market, thinking he could buy some bottles of chilled water for the iftar. There had been no cold water in the market as well because the vendors had not been able to run the generator all through 12 hours. He had said to us, “If someone were to sell a glass of cold water for a thousand dollars at that moment, I would buy it without a second thought!”