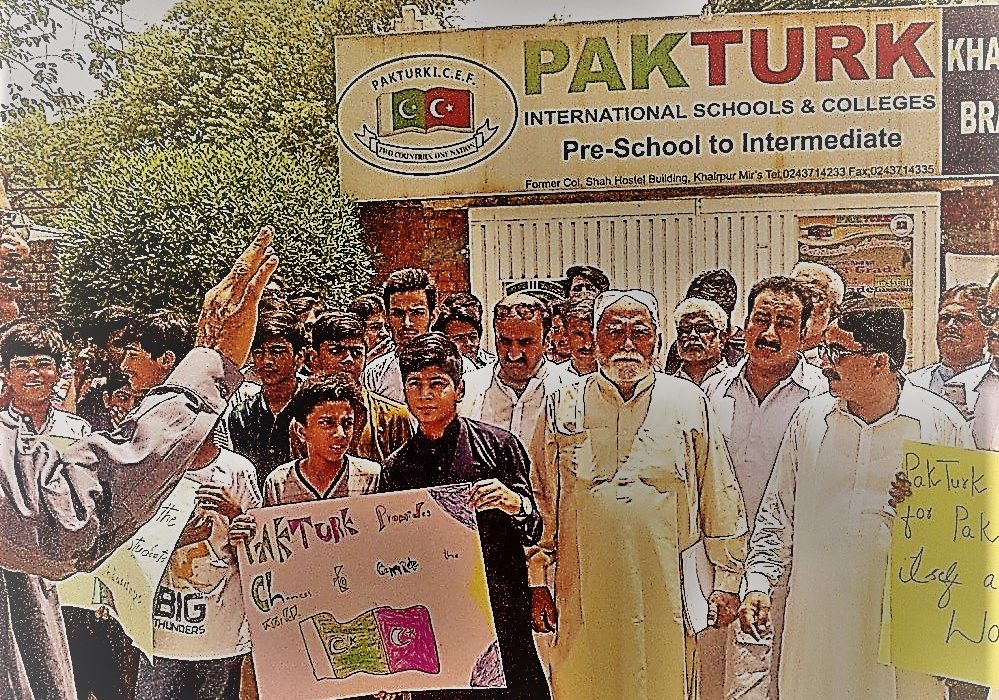 Educationist Sadullah Bayazit continues his memoirs in which he writes on his ‘friend-in-fate’ friend Abdulgani Gulmez’s ‘life in emigration’. In the ninth part of the series, Bayazit conveys Gulmez’s narration in commemorating his Pakistani friends who contributed to the PakTurk Schools and their personnel in Khairpur Mirs.

It is my duty to commemorate a few of the sincere friends and companions whom I earlier mentioned as the true personification of friendship and fellow-feeling. Just remembering their names brings tears to my eyes.

Hassan Sahib: He was the commandant of the police cadet college in Khairpur Mirs. I learnt that his daughter had applied to work in our school as a teacher. I first met him at that time. After her selection, his daughter had gone to Islamabad to attend an in-service teacher training workshop there. He used to come to the school in the afternoon mostly on weekends and we used to sit down and chat. He had a two-door jeep as his official car. Since he did not consider it suitable to make me sit in the backseat, he used to make me drive the car and let his driver sit in the backseat. Whenever he visited, he would take me to different locations. For example, we sometimes went to have a cup of tea or eat a bowl of ice-cream at a roadside café outside the city. Some other time, he would take me to a restaurant frequented by the police officers and introduce me to his brothers in blue.

Until my departure from Khairpur Mirs, I met Hassan Sahib on such occasions. When Mr. Halit was visiting from Islamabad, Hassan Sahib once invited us to the police cadet college. He assembled the cadets under training and introduced us to them. Mr. Halit also spoke to the cadets about the love for the homeland and the mission of the PakTurk Schools. Initially, I used to ask myself, “Why on earth does this gentleman visit so frequently?” Later, I realized that Hassan Sahib was on my side for not leaving me alone.

Hyder Sahib: He used to be my backbone in Khairpur Mirs. He was no different than the secret strength on which I leaned myself. We used to handle and solve many problems with his reference or assurance. During the time I stayed in the village, he regularly brought me my breakfast and dinner. We also received his support in terms of financial issues.

Bashir Sahib: We used to address him as Uncle Bashir as well. He was around 65 and a retired government servant. He always used to say it was thanks to his mother’s prayers that he managed to become a government servant and he always prayed to his mother. Before leaving for Islamabad, Mr. Ali wanted to introduce me to Bashir Sahib. We went to his residence, but he was not at home and I could not meet him then. Mr. Ali told me, “Now that you have learned the location of his residence, you may come later and introduce yourself with my reference. He will in turn introduce you to the local traders.” Relying on the reference of a renowned local person would ease my tasks.

While staying in the municipal guesthouse, I wanted to visit him at his residence once again. However, even though I went to that neighbourhood in a rickshaw for four or five times, I got confused and could not find the street and the house. I tried it again on the next day. When I entered the street which I had missed the day before, I recognized the surroundings. His house was next to the marketplace that was locally called as ‘panjgula’. It was around 10 pm and the shops had already been closed. There were a few people in the marketplace. The dogs around were digging at the heaps of garbage. I feared dogs, so I walked towards the house in full alert. I rang the doorbell of the house which I thought was the residence of Bashir Sahib. I heard a woman’s voice saying something. She kept on asking who I was. She could not understand my broken Urdu and the more I insisted by saying, “Uncle”, the more she was replying, “He’s not at home!” I could not understand her at that time. Eventually, I  somewhat realized he was not at home.

I went there on the next day once again. If you ask me, “Why did you chose the night-time to visit him?” I will say, “I thought he would be at work in the morning and I would not be able to find him at home.” Against in a night-time hour, I went to Bashir Sahib’s residence with the same fear and worry. This time I heard a man’s voice behind the door. I was very glad for having found him at last. Uncle Bashir opened the door. He knew English, so it was easier to communicate. However, I had to tell him everything one by one and step by step. At that time, I realized how meticulous he was. After receiving my contact information and the details of what I wished to accomplish, he promised he would visit me at the municipal guesthouse in the morning on the next day.

Uncle came on the next day but he had asked others to authenticate the details I had told him. He told me he was thoroughly ready for helping me. First of all, we visited the vendors from whom we would purchase construction sand, cement, paint and other materials. It was very effective to have such a senior and Sindhi-speaking person from the gentry of Khairpur Mirs with me. Thanks to the vendors trust in him, we were mostly able to purchase materials on condition of paying the amount within a short time. In that way, whenever we faced a glitch in money transfers even for a day or two, we would not experience any delay in works.

Moreover, he used to supervise the construction workers in the school building and – if need be – was riling at them at ease. He was renowned in the region and he was senior. He spoke the local language and more than myself, he knew what was needed to activate the workers. He was also very helping in bargaining. His meticulous and detail-oriented nature helped a lot in sealing the deals. Sometimes, due to his well-meaning meticulousness, we would fall behind in schedule as well.

May he live long, Uncle Bashir helped us tremendously. A year before leaving Pakistan, I visited him on a random occasion. He was extremely aged. We exchanged pleasantries and forgave each other for anything wrong we might have done unintentionally. May Allah be pleased with my Uncle Bashir …

Mehar Sahib: Mehar Sahib too was fairly aged. Since he was worldly-wise and seasoned in government departments, he was also known and respected in the public offices, especially in the municipality, in Khairpur Mirs. He helped us a lot in following the official procedures and official correspondence. In the years that followed, he was elected as one of the members of the school’s Board of Governors. He also admitted two of his grandchildren to our school. His village’s name was Mehar too. May he live long; he hosted us in his residence many times and rushed to our help at all times.

Ada Sahib: The elder brother of one of our teachers and a prominent trader of the city, Ada Sahib would not allow me to leave without having a cup of milk tea at his shop in the market. He was profoundly sympathetic and was a connoisseur of human nature. May he live long; he never deprived us of his sweet and pleasing chat. Our friendship strengthened on each passing day. After my departure from Khairpur Mirs, thanks to the cordial rapport he established with our colleagues, he became a member of the PTA. He also educated his children in our school.