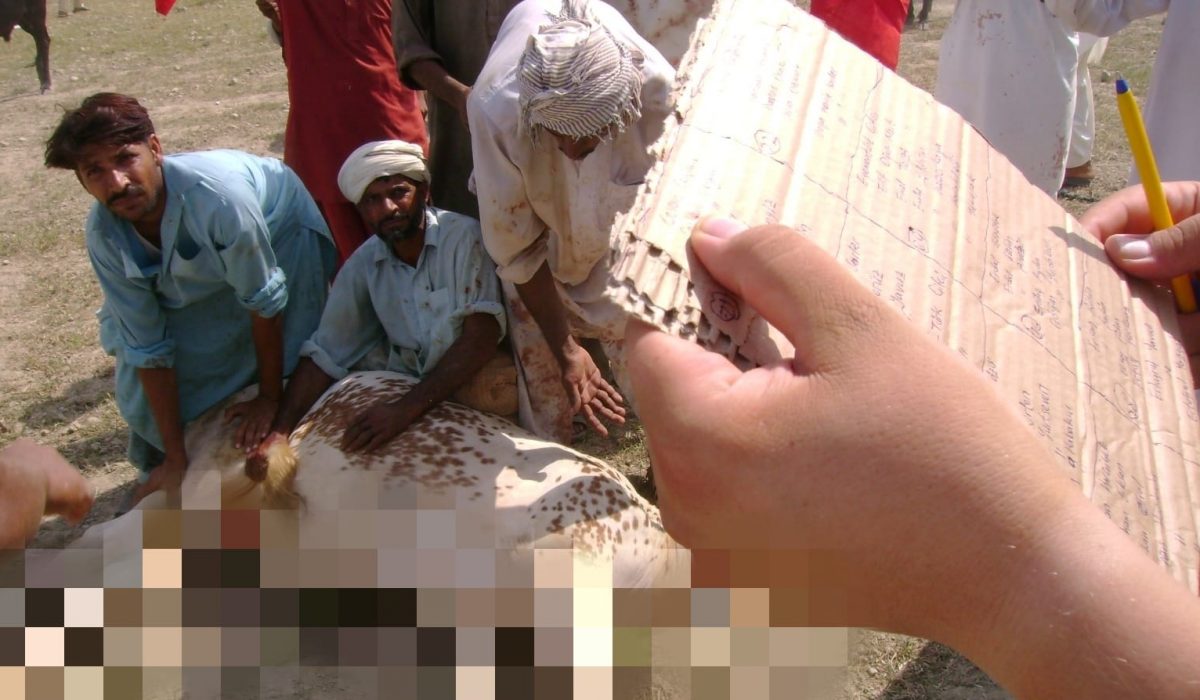 Educationist Taner Koçyiğit continues to narrate his memories of the Eid al-Adha. In this article, he wrote about the interesting events that took place during the sacrifice of the animals and distribution of meat to the needy.

During the distribution of the meat of the sacrificed animals, we also had the responsibility to entertain our guests from all over the world in the most pleasant manner possible. In order to carry out these works in a coordinated way, we used to hold Eid al-Adha campaign meetings weeks in advance. Buses would be rented for the incoming guests, visits to the business community or government officials would be organized, and these officials and businesspeople would also be invited to personally participate in the distribution of the sacrificial meat. Some of our guests wished to slaughter their own sacrificial animals and some definitely wished to be present when their sacrificial animals were slaughtered. There were also benefactors who sent the sacrificial animals they had procured for the needy but could not come in person to attend to the program in Pakistan. For these donors, the reading of the names and the moment of slaughter would be recorded on video for each sacrificial animal. The recorded videos would later be sent to them.

Our school in Islampura was in a community of especially low-income people. We used to distribute coupons primarily to deliver meat to our neighbours through the parents of our school, but we also witnessed many people who would say, “I came from a place two hours away from here” on the Eid day. After the Eid prayer, a large crowd would throng in front of the school, because hundreds of people who did not have coupons but saw the distribution of meat would also stand in line saying, “Of course, these people would not turn us away empty-handed from here”.

Hundreds of people broke the iron gate and rushed inside

Friends who were dealing with the coupons sometimes could not solve the issues in the queues and had to call the police who were standing there to restore the order. This practice of requesting police assistance had become commonplace in years. I also remember many incidents when even a small police squad could cope with much difficulty. Especially once, when the throngs at the outer gate of the school increased beyond limits, the large iron gate was broken and hundreds of people quickly rushed towards the meat packets inside. At that moment, I and a few friends were at the closest point to the gate, and we simply looked at each other, not knowing what to do. Hundreds of people had broken the gate and were approaching us. We had to decide in milliseconds and do something to prevent the rushing folk from reaching the meat packets. At that moment, I saw the tail of a slaughtered heifer standing right in front of me. I instantly grabbed the tail and rushed towards the hundreds of people who came at us, whirling the tail like a sword on my head and shouting at the same time. All those who saw me with the whirling tail stepped back as if they weren’t the ones who had just broken through the gate. They started to line up again in silence outside.

Again, I remember there were people who had photocopied the coupons we had distributed before the Eid al-Adha in Islampura. We even tried to nab someone who had printed coupons at a printing press and sold them to those who did not have the coupons in the meat reception queue. In fact, we used to hand over the surplus meat packets or tripes to those who waited in line but did not have a coupon, and we endeavoured not to send anyone empty-handed. Usually, we waited until there was no one left in the queue and those who did not have coupons would definitely receive some meat before leaving.

As in every Eid, there were cows running away during the Eid-al-Adha programs in Islampura. Indeed, one of our friends had said, “If no animal escapes, this Eid will surely be lacking.” The cattle could not escape to the street because the school premises were walled up, but once a big one escaped into the school building, entered all the classrooms and exited through the other door, leaving a lot of filth and mess in its wake.

We had dozens of such memories that still make us smile whenever we remember them so many years after those beautiful Eid al-Adha days. For example, once the sacrificial animals were brought to our school in Islampura by trucks. We unloaded the animals from the trucks with an earthen mechanism we had set up there and lead them to the slaughter area one by one. A truck with 12 sacrificial cattle arrived and we unloaded all the animals as usual. As soon as one of them got out of the vehicle, it sat on the ground and did not get up. It was as if it was thinking, “If I don’t get up, I’ll avoid getting slaughtered.” Some friends said, “Let’s carry it away” or ‘Let’s prod it to make it move”, but we couldn’t sacrifice that animal on that day because each animal – by Islamic tenets – had to walk to the place of the sacrifice by itself. When the butchers started resting at night, the animal suddenly came to life. It got up and started roaming. We gave a name to that sacrificial animal. We bought some delicious feed for it to eat at night and placed some water as well. We kept watch over it until the morning. The next day, close to the start of the slaughter, the animal sat down again. This time, it could not escape the butchers because it was sitting in the slaughter area!

We were unaware the number would exceed thousands

Since we worked for four days without interruption during Eid al-Adha and could not rest enough, we would be physically very tired. After returning home, it would usually take us almost a whole day to rest and replenish our strength completely. In each Eid-al-Adha we spent in Islampura, approximately 500 cattle would be sacrificed and distributed in meat packets. When we were in Quetta, that figure seemed inflated to me at first, as it was very difficult to find so many sacrificial animals. The number of sacrificial animals arriving from all over the world increased each year. I used to consider number 500 as an exaggeration. On the first day of the Eid, we used to talk among friends, “How on earth are we going to complete the sacrifice of all these animals in a few days?” However, we were unaware that this number would exceed thousands in each year.