Opening of the first hostel in Lahore 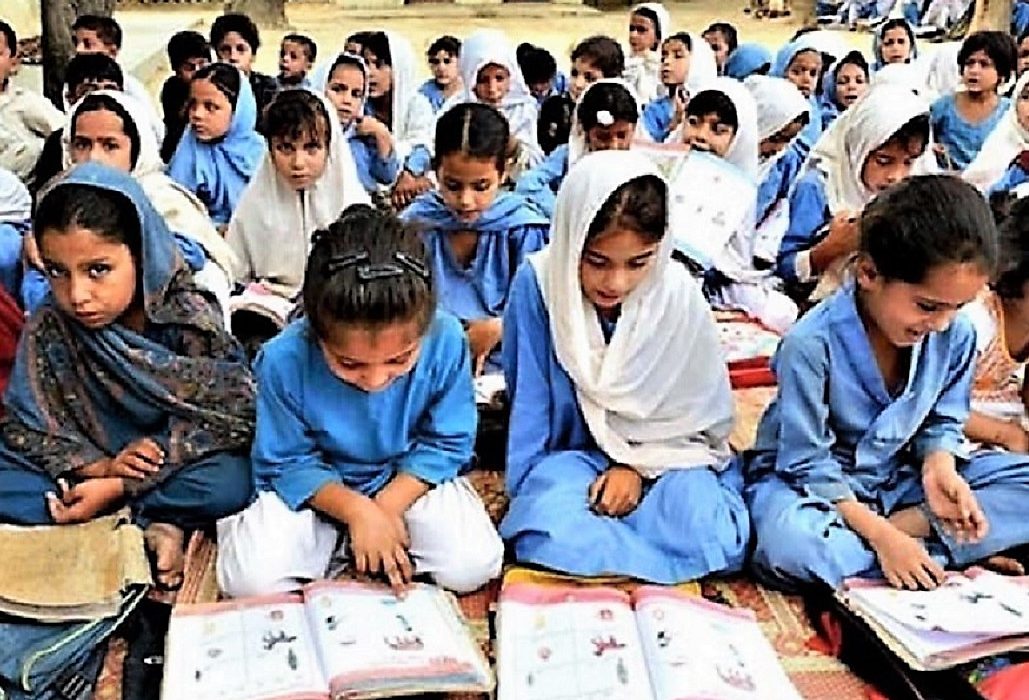 Government of Pakistan has made a leap to solve the problems in education, one of the bleeding wounds of the country. The project, developed by the Federal Ministry of Education and Professional Training under the title, “Single National Curriculum”, aims to eliminate the inequality of opportunity in education and to raise generations in step with the requirements of the modern age.

Pakistan, which has been trying to keep up with the rapidly developing and updated education standards of the world with dozens of education development plans, vision documents and curriculum changes it introduced since its founding in 1947, launched many projects to improve the quality of the education system across the country. While eloquently summarized by the founder of Pakistan Quaid-e-Azam Muhammad Ali Jinnah as, “Education is a matter of life and death to our nation. The world is moving so fast that if we do not educate ourselves, we will not only be left behind but also be no more” the significance education has borne for Pakistan could unfortunately, and owing to myriad reasons in many years, not be made into a staple priority of the country. Pakistan has been left behind various countries in several development scales.

In response to the increasing globalization with the social, economic and cultural changes brought about by the 21st century, Pakistan felt the need to review its education system once again. The National Curriculum of Pakistan, which was put into effect in 2001, was prepared by examining the education systems of several countries and adapting components to the existing conditions in Pakistan. This curriculum was implemented in public schools only.

A great price was paid after the September 11 attacks

Pakistan’s education system can be broadly divided into three groups: public schools, private schools and madrasahs. Due to poverty, citizens in the lowest class of society usually send their children to madrasahs, which are either free or charge a small fee. Low-paid government personnel and lower middle-class citizens usually send their children to public schools or small-scale private schools located in every neighbourhood. The upper middle class and elites prefer educating their children in the private schools which teach the international curriculum and also stand out with their achievements besides being status symbols.

Particularly after the mid-1970s, when private schools were allowed to open, the growing division in the education system led to the grouping of people according to their socio-economic status and several other inequalities. Behind many problems in Pakistan lies the exploitation of such social and economic problems by hostile elements that do not wish well for the country and its people.

Especially during the period following the September 11 attacks in the United States and after many shocking global events, Pakistan paid a serious price both as a nation and as a country. More than 50,000 Pakistani security personnel and civilians, including students in the prime of their lives, have died from acts of terrorism and suicide attacks. The fact that most of those used in such terrorist incidents are young and uneducated urged the Pakistani administrators to decide for the restructuring of the education system primarily by defining a single national curriculum.

A new project with the motto ‘One Country, One Curriculum’

This decision also triggered an intense debate that still continues in the country. The Single National Curriculum (SNC) project, initiated by the Government of Pakistan with the slogan of “One Country, One Curriculum”, aims to eliminate such problems with a uniform education system, with the thought that the fragile or unequal education system is at the root of the current socio-economic problems in Pakistan.

In this project led by the National Curriculum Commission established under the Federal Ministry of Education and Professional Training in Pakistan and largely supported by the provincial education ministries, it is envisaged that all education levels in Pakistan will be combined with a uniform curriculum and students from all strata of society will receive education within the framework of a national curriculum.

In the new education system, madrasahs will be integrated into the mainstream education system and that all the courses taught in public and private schools to this date will also be taught in madrasas, enabling madrasah students to take the secondary school (SSC) and high school (HSSC) completion exams as well. It is also emphasized that significant progress has been made in registering the madrasahs, which are stated to be around 35,000 across Pakistan, as schools in a special education department established under the Federal Ministry of Education and Professional Training.

According to the document published by Pakistan’s Federal Ministry of Education and Professional Training on the objectives of the Single National Curriculum, the new curriculum aims to ensure that all students in Pakistan have a high-quality education and equal opportunities for upward social mobility. While it is stated that the primary objective of the curriculum is to ensure social cohesion and national integration, it is emphasized that acceptance of diversity in Pakistan can be achieved by teaching students to respect different cultures and faiths. It is stated that the rote learning culture, which currently dominates a considerable portion of the education system, will be removed, and the focus will be on instilling critical and creative thinking skills and teaching students how to use the information and communication technologies.

Following the holding of a series of national conferences covering the themes of the UN Sustainable Development Goals (SDG), Life Skills-Based Education (LSBE) and Creative Thinking (CT), consensus meetings were also held with the participation of government, private and non-governmental organizations besides educators, madrasah administrators and minority representatives from all provinces.

Textbooks prepared by different publishers within the framework of the Single National Curriculum are allowed be published only after they are reviewed and approved by the sub-committees formed in the National Curriculum Commission. As of July 2021, the textbooks for the Early Childhood Education to Class 8 were written from scratch according to the new curriculum and published as ready for the new academic year. It is planned that the textbooks for Class 9 to 12, which are still in the writing and proofreading stage, will be ready and published by the next academic year.

Students will be equipped with 21st century skills

Among the salient features of the textbooks, which are prepared within the framework of the Single National Curriculum are: contents graded according to the students’ age groups and class levels, child-centred and activity-based approach, compatibility with the national culture and values of Pakistan, project-based learning approach, content that discourages rote learning, questions and content that contribute to the development of critical, analytical and creative thinking, support materials for teachers and classroom teaching, support of the 21st century skills and focus on formative assessment.

The distinctive features of the Single National Curriculum include activity- and project-based learning-based textbooks and syllabi to help students move away from rote learning, teaching of English – which hitherto taught only as a subject in public schools – as a skills-focused language, addition of the Civic Conduct and Islam and the Requirements of the Modern Age components to the Islamiyat course, and content approved by the member madrasahs of the Ittihad-e Tanzimat ul Madaris throughout Pakistan.

Focusing on commonalities and aiming to achieve harmony among believers, the curriculum offers a separate sub-curriculum entitled Religious Education for students belonging to five different religious minorities – Christianity, Hinduism, Sikhism, Baha’ism and Kalash faith. Human rights and peace education form a large part of the curriculum and textbooks, while the Social Studies curriculum has been expanded to promote patriotism and global citizenship. Math and Science curricula have been updated according to the modern trends in teaching and learning.

From the Early Childhood Education classes to Class 5, teacher training modules and assessment and evaluation criteria were developed and shared with the curriculum commissions in the provinces. With the feedback and the completion of the pilots, teacher training has been started in the Punjab province in accordance with the Single National Curriculum, while programs are being organized for these trainings in other provinces of Pakistan. Circulars on the Single National Curriculum to be implemented from the 2021-2022 academic year have been sent to all registered private schools across Pakistan. Assessment and evaluation criteria developed for the secondary school classes 6 to 8 were shared with the key stakeholders across the country, and the first assessment draft was developed in light of the feedback received. Finally, after the consensus on the secondary school curriculum at the Single National Curriculum Conference held in Islamabad on May 24-28 2021, the focus has been on the printing and distribution of the textbooks and supplementary materials.

The development and implementation of the Single National Curriculum in a short time is seen as a concrete step towards the solution of many socio-economic problems in Pakistan. It is elating to see that the long-neglected education sector is now among the distinct priorities of the country. As educators, we hope that the restructured national curriculum will bring the expected positive results to all students in Pakistan and make rapid and constructive contributions to the country’s social development and progress.