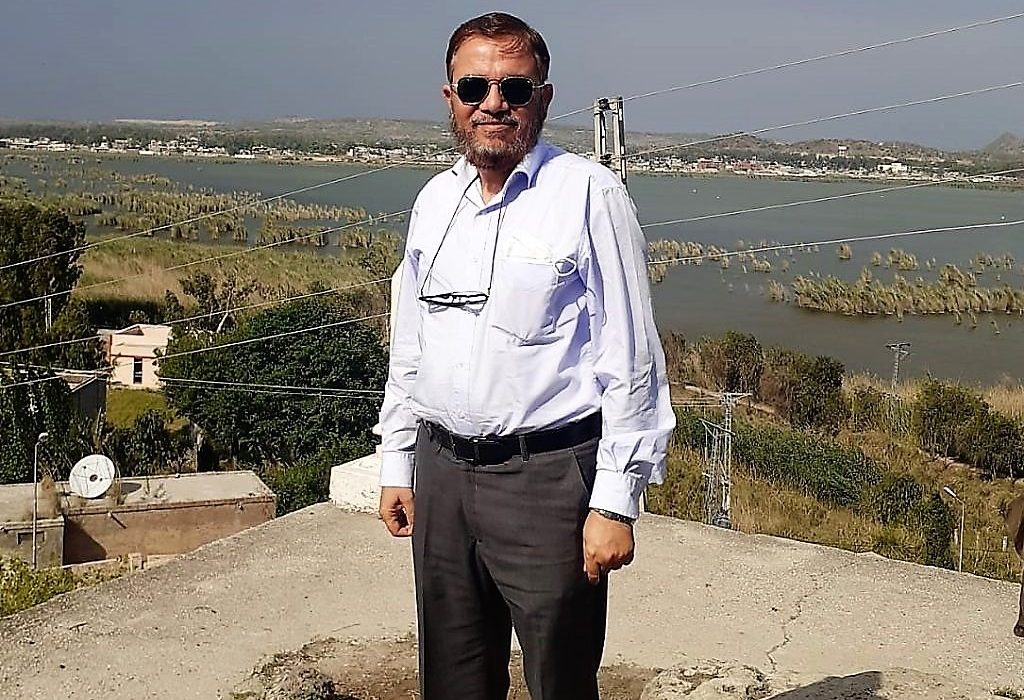 Educationist and researcher Doğan Yücel wrote a portrayal of Farooq Ali Khan, a well-known businessman and academic in Lahore, who passed away last May. Yücel also narrated how he met Mr. Farooq, a friend to Turkey and the Turkish language, who educated his children at the PakTurk Schools, and how their friendship bloomed in a short time.

It is very difficult to fit our common memories with Farooq Ali Khan, with whom we had been friends for nearly 20 years, in one article. What I will write in this article series is possibly equals to one-tenth of our all memories. I wanted to remember him by saying, ‘Writing is probably one of the most befitting expressions of trueheartedness’.

I first met Mr. Farooq in October or November 2004 in Islamabad. Mr. Bayram, the head of the Mathematics Department of PakTurk Schools, conduced for that. Mr. Bayram had moved to Islamabad a year ago. Mr. Farooq was very curious to know more about the people of Turkey and the Turkish language. He had a PVC pipe business on the Brandreth Road. He was also an academic at a private university. A few days after we met, we were guests at his house. From that day on, we met frequently. Our conversations never ended until Mr. Farooq passed away after I left Pakistan. Occasionally, we continued asking each other’s well-being. We last spoke 15 days before he passed away.

Farooq Ali Khan’s first meeting with our friends was through Mr. Süleyman, the founding principal of our school, in 2002. Mr. Farooq was one professor teaching to Mr. Süleyman’s batch when he was taking courses at the university for his master’s degree. When Mr. Farooq wondered about the foreigner student during a lesson, he asked him, “Who are you? What are you doing in Lahore?” Mr. Süleyman mentioned the PakTurk Schools to Mr. Farooq and said he was the principal there. Their interaction had started that way. After Mr. Süleyman, Mr. Bayram and later I continued our friendship with Mr. Farooq.

Thanks to him, we built a canteen for the school

It was the beginning of 2006, the new admission session for the school had just begun. Within two years, we had furthered our friendship with Mr. Farooq. I told him he might consider enrolling his children in our school. His eldest son was in Class 8 and the youngest was in Class 5. However, the physical facilities at our school building in Gulberg were not very attractive for those families in Lahore who were somewhat financially well off. The WCs were old and the classrooms were small. There were no outdoor sports and air-conditioning facilities, and we also lacked backup power supply if power cuts occur. Instead of a canteen, a caretaker lady whom we called ‘khala’ in local language sold edibles from the kitchen. Mr. Farooq’s children did not want to enrol after seeing the condition of the school building. Because they were attending to the campus of one of Pakistan’s well-known private schools near their home. I recommended Mr. Farooq to send his children to our school for two weeks and try us out.

When we met again two weeks later, I asked him his decision. Mr. Farooq replied: “I sat and talked with my sons. I asked them, ‘You see that the school’s facilities are lacking, but how about the education?’ “Very well,” they replied. ‘Then the rest is not important,’ I said and added, ‘You should consider the education aspect’. Mr. Farooq enrolled both of his sons in our school. However, he asked us to set up a ‘decent canteen’ at the school premises, and we planned to build a small canteen next to the primary school building at the back. While discussing who would run the canteen, Mr. Mudassir said, “My older brother teaches at a state high school. He can leave that post and run the canteen here.” said. In that way, we built a makeshift canteen of five or six square metres. The students were elated when they found there the snacks and other edibles they needed. It had no table or chair to make a sitting place; yet Mr. Farooq had us open a canteen.

The hazelnuts were not meant for us either!

We used to take our guests coming to Lahore from Turkey, other countries and sometimes from the head office in Islamabad to Mr. Farooq’s house. We were always indebted to him for his willing and impeccable reception of the guests. Sometimes we would drop by as family. My wife loved ‘rasmalai’. Whenever we visited them at their house, he and his spouse Mrs. Asma usually offered us rasmalai for dessert. May Allah bless our sister Asma.

It was the summer of 2006, and I had just returned from Turkey with my wife. Before our return, we had done some shopping in Istanbul. We had also bought foods that were not available in Pakistan. Among those were also two kilos of hazelnuts. Since we could not bring those kinds of things during the year, we used to eat them in little quantities. When I visited Mr. Farooq after arriving in Lahore, he asked me, “Did you bring hazelnuts?” I replied, “I bought a kilo, we do not have much either!” I don’t know why I said that, maybe I couldn’t bear to give the much-cherished hazelnuts away. A couple of days passed, and when we opened the kitchen cabinet where we stored the hazelnuts, the hazelnuts in one of the two one-kilo packs had turned green. Under normal conditions, it was impossible for hazelnuts to deteriorate that much only in a couple of days. There was not a single spoiled hazelnut in the other bag. Since I had inadvertently broke Mr. Farooq’s heart, Allah did not bestow me the chance to eat those hazelnuts. I held nothing back from him again. He loved Turkish food much. He had been to Turkey almost every year. He would bring pudding mix on his return. I also taught him how to prepare pudding.

I had gone to visit him on Brandreth Road one day. This is a wholesale-retail place for hardware, pipes and small hand tools, like Karaköy in Istanbul. Since the main entrance of the shopping enclave is from the train station side, the market is also called by this name. I had just bought my car, and I was just getting used to being a driver. On that day, at the entrance of Brandreth Road, I wanted to make a U-turn to park in front of Mr. Farooq’s shop. I turned the car and while making the second move, a brand-new car tried to pass through the gap I left behind. When I made a move, the side of that car was scratched by the corner bumper of my car. The driver got down and shouted. Meanwhile, Mr. Farooq came out of the shop and approached us. He calmed the man down. We parked the cars. We entered Mr. Farooq’s shop, sat for a while and introduced ourselves to one another. Half an hour later, we became friends. The conversation progressed and the driver even subscribed to The Fountain magazine.

We used to hold breakfast meetings at the school construction site

The person whose brand-new car I scratched all over turned out to be the then-President of the Pakistan Hardware and Hand Tools Association. He was the person I had struggled for a month to reach and get an appointment before a business trip to Turkey. Afterwards, I visited him several times at his office. I invited him to our functions and our friendship continued. After that day, I rarely made a U-turn during my visit to Brandreth Road.  I parked my car at the gas station opposite Mr. Farooq’s shop. I used to have my car washed there sometimes.