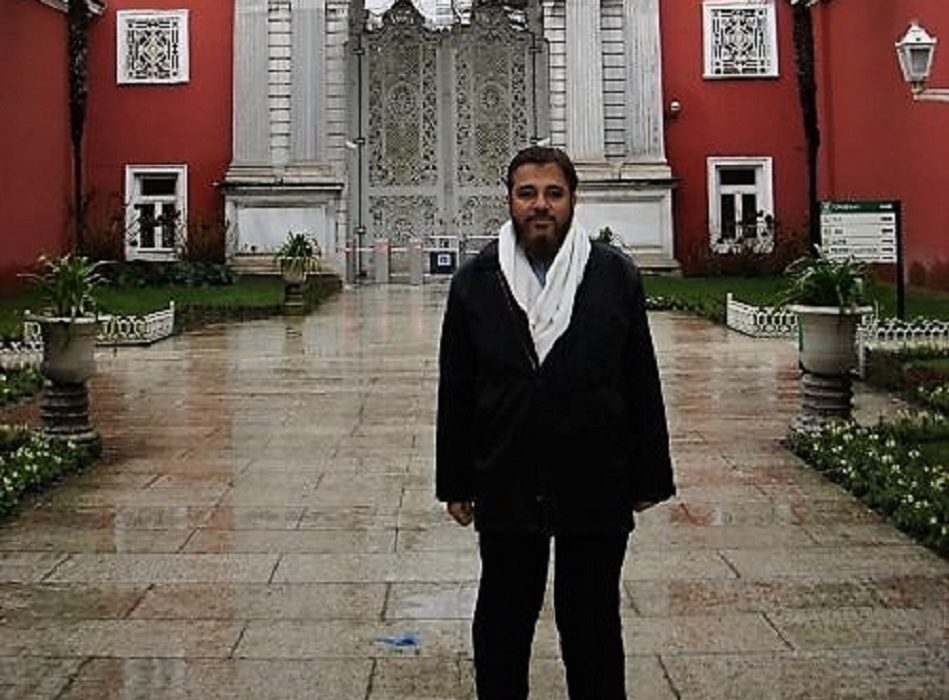 Educator and researcher Doğan Yücel wrote a portrayal of Farooq Ali Khan, a well-known businessman and academic in Lahore, who passed away last May. He also narrated his trips to Turkey with Khan, a friend to Turkey and the Turkish language, Khan’s place in his life and Khan’s love for prayer.

Our first child was born in November 2006. We asked a respective elder for a name. After a long time, when the name did not arrive, we named our baby Zeynep temporarily, but we did not recite the azaan in her ear. In those days, Mr. Farooq came to us for tea. “Did you recite the azaan in her ear?” he asked us. When we replied “No”, he took our daughter in his arms and recited azaan. Hence, our daughter’s name remained Zeynep. After a while, Zeynep got sick. I asked Farooq Sahib if he knew any paediatrician. He phoned a paediatrician near his house. We took our daughter with Farooq Sahib’s reference. The paediatrician took a special interest in treating our child.

In the same year, a neighbour of a colleague was constructing his house. The truck that brought materials to the construction site at night had blocked the narrow street. This was why my colleague could not drive forth in his car. He vented his upset and anger due to the constant noises from the construction day and night and the blockage on the road. His neighbour and construction workers retorted, “How dare do you interfere with us!” and confronted my colleague. When I learned about the situation, I called Mr. Farooq. A close relative of him was a top-ranked officer in the Lahore Police Department. Thankfully, he helped us a lot in resolving the issue.

‘I’ve never walked this much in a week’

In 2008, we went to a pipe fair in Istanbul with a group of five people, including Mr. Farooq, his brother-in-law and his father-in-law. We stayed in Istanbul for a week. His father-in-law was 60 years old. It was March and the weather was very nice and cool. After visiting the fair for two days, we took tours in Istanbul. We got on the phaeton in a cold weather in Büyükada, an island in the Marmara Sea. When the trip ended Mr. Farooq’s father-in-law said, “I don’t remember walking this much in a week in my life.” On that trip, we hosted Mr. Farooq at our house in Istanbul. He met my grandmother and my brother. Although years passed, he never forgot that my brother had hosted him at his home. He would call him occasionally and ask how he was. Whenever I used to call my brother, he would say, “I talked to Farooq Sahib again,” and remembered him fondly.

In 2009, we made another trip to a trade fair. On that trip, Mr. Farooq also had his business acquaintances with him. The visitors needed visas for Turkey. He was a little worried because we were to take the passports to and from the embassy and he and his business acquaintances had valid visas of many countries in their passports. He asked all businessmen who would participate in the trip to trust their passports by signing on a sheet of paper for consent. To prevent any damage or loss, Mr. Farooq and I went to the Turkish Embassy in Islamabad in his personal car. He drove all the way to Islamabad for 400 km. He did not even say “I’m tired”.

He understood fabrics and textile works

At the beginning of 2008, towards the end of constructing the PakTurk Boys Campus in Islamabad, we went to see the state of the construction with a delegation of businessmen from Lahore. Mr. Farooq was in the delegation too. That year we made a trip to Faisalabad during the winter. His uncle’s son owned a towel weaving unit in Faisalabad. We visited that towel weaving workshop. He showed me how the towels were woven. As he was a former textile merchant, he understood fabrics and weaving process.

Mr. Farooq used to attend all our functions, breakfast meetings, and iftar receptions. In 2008, we invited him and the group of people with whom we had gone on a summer trip to Turkey for a Sunday breakfast. We had said to the invitees, “We will have a Turkish breakfast”. We prepared things like cheese, olives and tahina halva which were not available in Pakistan. However, the invitees arrived with foods such as nehari and siri paye under the Pakistani breakfast tradition. Our breakfast items blended with the dishes they had brought. Later, we toured the newly established Bahria Town and other construction sites in Lahore.

He thought he was Turkish, but he turned to be Arab in the DNA test!

He thought he was Turkish. He even had a DNA test and received a report from a United States service provider, but the report revealed he was predominantly of Arab origin 😊 We used to joke with him saying, “You are not Turkish. You are Tajik!” His family immigrated to Pakistan because they chose the Muslim side after the Partition. At the time of the British, his family had an autonomous administration of a region named Malar Kotla in India. His family left Malar Kotla and migrated to Pakistan. Some settled in Faisalabad and some settled in Lahore. “We are about 200 families in Model Town,” he used to say to us about the magnitude of his family. He also kept the genealogy book of his extended family. If I’m not mistaken, the book had several hundred years of genealogy recorded.

His father lived near his house. He was old. He showed me the photos his father had taken with his family as a child. Soon after, Mr. Farooq’s father passed away. We attended his funeral with friends.

Mr. Farooq introduced me to all the business owners on the street where his shop was located. Thanks to him, we could introduce ourselves and our schools to many people. Whenever I visited his shop on Brandreth Road, we first used to have a little chat and later go upstairs. He would pray his noon or afternoon prayers there, then order fried chicken, usually from a nearby fast-food outlet (probably AFC). Sometimes the two of us and sometimes with a few more people, we would eat together. Meanwhile, if we had time, we used to visit other businessmen. We used to visit some Turkish businessmen Turkey at their offices in Lahore. He used to introduce people he knew in Lahore to those who arrived from Turkey.

‘We have read many seerah books, but this one is different’

Since he was also an academic, I would gift him a lot of books. He used to read the books we had translated into Urdu and distributed them as gifts. He was an avid reader. In 2007, the Turkish MPs who had come to Pakistan for the inauguration of the PakTurk campus in Lahore sent letters of thanks. He had the letters framed and hung on the wall of his living room. In addition, the Hilya-e-Sharif we had gifted to him had taken its place on the wall. After reading the Jawshan-e-Kabeer prayer book with its Urdu translation for the first time, he said, “I have never read such a beautiful prayer book in my life.” After reading the Infinite Light, he and his father-in-law said, “We have read many books of seerah in our lives, but we have never read such a beautiful one.” Mr. Farooq also had Ottoman and Seljuk state coats of arms hung on the wall of his living room.

Part One: A Pakistani Friend to Turkey and the Turkish Language: Farooq Ali Khan (1)