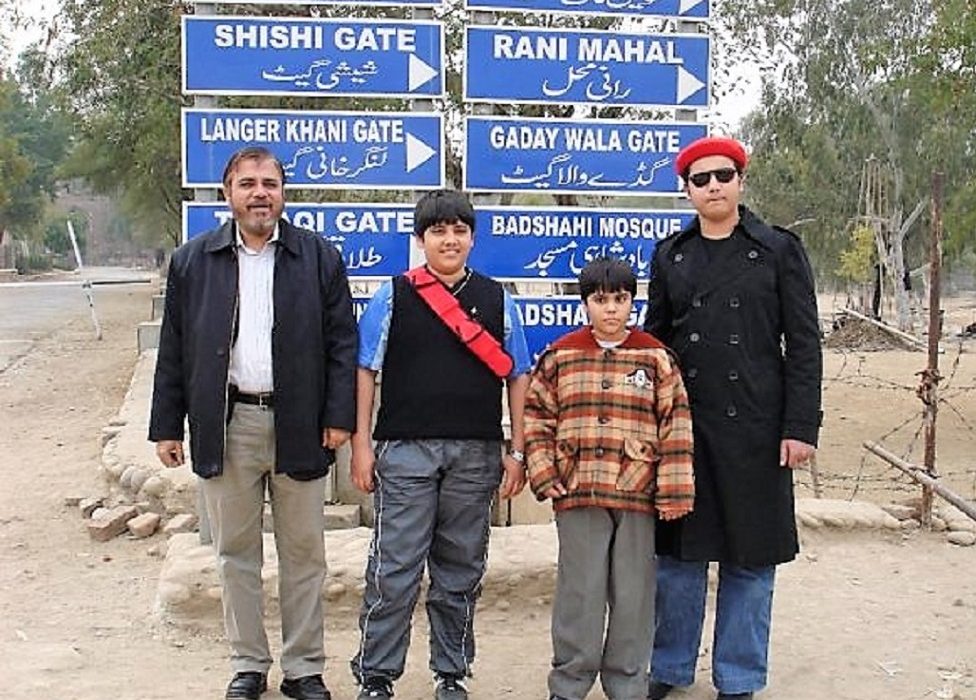 Educationist and researcher Doğan Yücel wrote a portrayal of Farooq Ali Khan, a well-known businessman and academic in Lahore, who passed away last May. In the last episode, Yücel shared an interesting memory of his friend with Mr. Farooq.

At the beginning of 2009, Mr. Sadettin visited Lahore. We held meetings with businessmen in group so Mr. Sadettin could meet with them and I served as his interpreter. In May 2009, a friend in Karachi was posted to Islamabad. Since I was the most senior association employee in Lahore with some experience, I was appointed to work in Karachi to replace him. After learning that, friends like Mr. Farooq and his circle of friends organized a farewell dinner for me. At that dinner, we commemorated the good memories of the past five years. Some friends had tears in their eyes. Everyone shared their memories of me in that evening. I still remember what the businessman, whose shop was adjacent to Mr. Farooq’s, said about me: “Doğan Sahib would arrive in bloody sweat and he would hug me in that state. I would be very surprised how he came from so far in sweat and visited us. I never forget this.” I had to go to visits in sweat because my car did not have air conditioning.

A few weeks later, we had breakfast at school again on a Sunday. We also said goodbye to other acquaintances there. I wept for the first time for leaving a city. The five years I had spent in Lahore had been the most unforgettable five years of my life. Perhaps one of the most important values that made me love Lahore and made it beautiful for me was Mr. Farooq Ali.

He had participated in the documentary “Indigenous Turks in Pakistan”

His father-in-law had a factory in Karachi. I met his nephew and his father-in-law’s brother. We became sincere family friends. I visited their factory a few times. Between 2009 and 2011, I could visit Lahore a few more times. Meanwhile, I visited Mr. Farooq again. The last time I went to Pakistan was in May 2014. He was very happy to see me. After I left Pakistan, his son won nationwide awards in arm wrestling competitions and Mr. Farooq showed me those trophies his son received. He had also invited his businessman friends. We all remembered the good old days in his house.

We could not meet in person during the last seven years until his death. This is perhaps the most hurting thing for me. His one son, whom we enrolled in the PakTurk in secondary school, now occupies an important position in Lahore. His other son took over his father’s business. Whenever he had the opportunity, Mr. Farooq had sent his sons to tours in Turkey. For him, most Turks were the same. He had participated in shooting TRT’s documentary “Indigenous Turks in Pakistan”.

I wish his wife and family a long and healthy life. I pray Mr. Farooq to be blessed with radiance in his grave and in the gardens of Jannat al-Firdaus. Once again, I pray to Allah Almighty to reunite us in Paradise so we may fondly remember those beautiful Lahore days there as well!

Here, I would like to share an interesting memory another friend of ours had with Mr. Farooq:

“We experienced an unforgettable event in 2007 Eid al-Adha. We had worked at our school in Islampura for four days during the Eid al-Adha activities. After the work was done, I and Mr. Ahmet set off for WAPDA Town, where our residences were, in his blue Hyundai car. Mr. Ahmet’s car was very old and had serious malfunctions. We were both amazed how that car could still move on the road. On the way home, the car suddenly stopped on the Canal Road. No matter what we did, we could not get it to work. Since we had been tired for four days due to the qurbani activities, we looked at each other and said ‘If only the car had managed to take us home’.

While we were trying to reach one friend, a car stopped next to us. A radiant-faced uncle with a white beard got out of his white Suzuki and took out a towline from the trunk of his vehicle. Before we could even greet him and say, ‘Who are you, sir? Our car is not working. Please help us’ or something of this sort, he had placed the hooks under the bumper of the car. I sat next to uncle, Mr. Ahmet sat behind the wheel of his car and we drove to the WAPDA Town. We got out of the car thinking, ‘We should give some money to uncle’, but the man threw the money at our faces and said, ‘I did this for the sake of Allah’ with an angry expression and drove away.

The person we thought was ‘Khidr’ turned out to be Mr. Farooq’s grocer neighbour!

We couldn’t help but think, “Who was this person?” with Brother Ahmet. Normally, in Pakistan, few people would have such equipment to be used at a time of emergency. We looked at each other with questions such as, “How did this uncle have everything?  Why didn’t he get money from us? Why didn’t he talk at all? Why didn’t he give us his phone number even though we had asked for it?” We were so tired that we went home speaking no further. In those days, when I chatted with Brother Ahmet, we concluded that the old man was Hadhrat Khidr (a.s) and we believed so for years. Until one day, when Mr. Farooq Ali, one of our businessman acquaintances who provided financial and moral support to the services in Lahore and the news of whose death we heard after six years, came to us one day and said, ‘Uncle So-and-So sent his greetings to you!’ I was surprised and said, ‘I don’t know anyone in that name. Who could he be?’ He said, ‘The person who took you home by towing your car with his years ago when you were in a very difficult situation on the Canal Road.’

The radiant-faced uncle who had saved us was the owner of the grocery store near Mr. Farooq’s house. When Mr. Farooq was chatting with him and said that his child was attending to a Turkish school, the grocer said, ‘I rescued two helpless Turks who were stranded on the road years ago and took them to their homes’ and sent us greetings. That day, I had said to Mr. Farooq as a joke, ‘Brother, to this date, we have always thought Hadhrat Khidr alayhissalaam saved us. I wish you had not told me this.” 😊