The Three Days of Life (Poem) 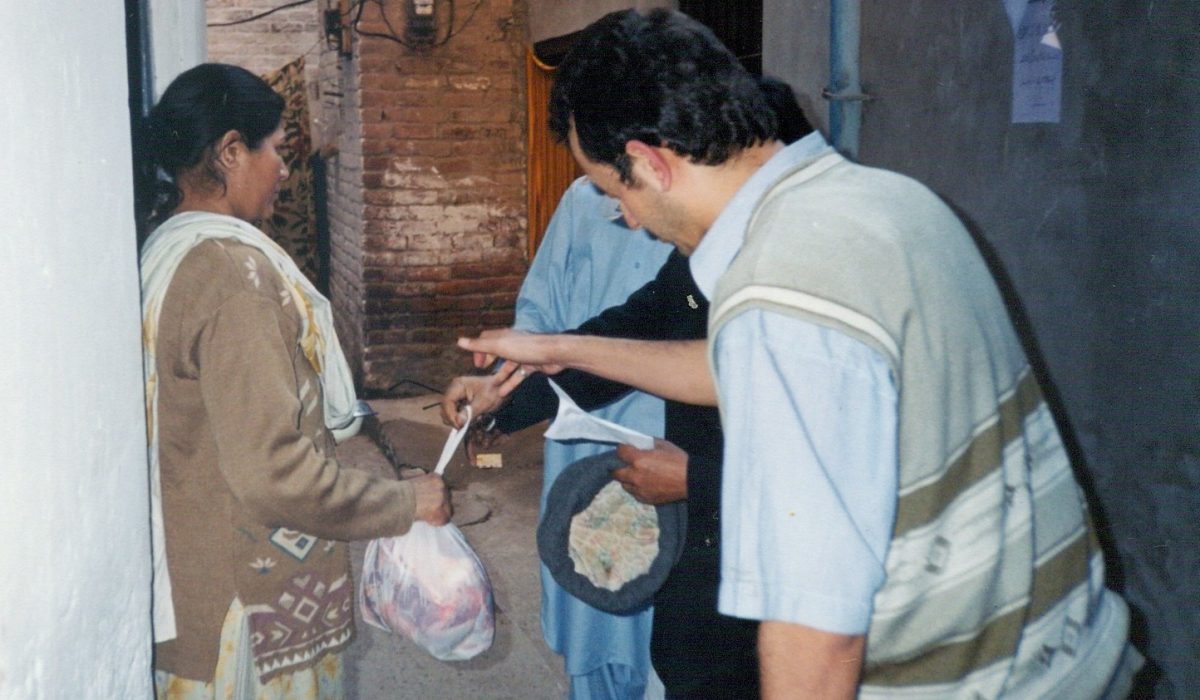 In this part of the article series, educationist Taner Koçyiğit wrote about how he spent each Eid al-Adha in Pakistan and what he and his colleagues did as different from other countries. He described the excitement, sadness and happiness he felt all at once during those Eids in Quetta.

I could learn the importance and value of the Eid al-Adha better when I went to Pakistan. It seemed I did not understand it before. The ‘qurbani’ activities we carried out in many cities of Pakistan were effective in this understanding. In the countries where I had been in the years before I went to Pakistan, the parents of the students were visited during the Eid-al-Adha. We would sacrifice the animals with friends, go on a picnic and have our meal as a family before playing a football match. Eid al-Adha was generally not as active as in Pakistan due to the unique conditions of those countries. In Turkey, everyone wishes to give a piece of meat to their neighbour. Many people turn it down by saying ‘I don’t need meat’. I even heard people posted notes on their apartment doors about this. Pakistan was not like that. There were thousands, maybe millions, of people who said, “If PakTurk Schools or any other charity brings it on the Eid al-Adha, we manage to eat meat once a year, otherwise we do not have meat all year long!”

From the time I arrived in Pakistan to the day I left, I spent 14 unique occasions of the Eid-al-Adha there. In them all, I said to myself, “It turns out that I haven’t experienced the Eid-al-Adha until today.” Those blessed days there would be lived to the fullest under the essence of the Eid. I was fortunate to spend a few such Eids in Quetta with the preparation stage and exciting Eid days.

I’d never done those things in my life!

In 2004, philanthropists from Turkey and elsewhere sent their sacrificial animals to be sacrificed for the poor and the needy in Pakistan. I was very excited when I heard the news that hundreds of cattle would be sacrificed. I already loved spending time with animals and taking care of them. Since I knew a little Urdu, I was given a lot of work to help my Turkmen friends responsible for the qurbani organization.

It was something I had never done before in my life; I did not know what to pay attention to while buying cattle, what conditions were sought in selection or how to bargain. Yet, Pakistan taught us, among many things, essential knowledge such as bargaining for the sacrificial animals and what to do with the sick animals. In Quetta, around 200 cattle had to be bought that year. Some animals were bought in bulk, we had to go to the market for the rest and buy them from the villagers one by one. We tried to leave early after the morning prayer and buy the best animals at the most affordable price.

According to our experience on the first day, the villagers who saw us in trousers and shirts automatically doubled the prices. So, on the second day, we wore the local dress, shalwar-kameez. Local friends next to us would start the conversation by price-asking. We bought the most beautiful animals at affordable prices and rented a barn just behind the large plot where the sacrificial animals were sold, because the Eid al-Adha was only a month away. The two shepherds we hired took care of the animals for a month. We wrote the initials of PakTurk (PT) on each animal with paint so they would not mix with others.

I guarded the sacrificial animals

We as friends used to visit the barn which we had rented to protect hundreds of cattle from the cold weather and to meet their needs. We used to check to see if everything was okay and tried to help if needed. Meanwhile, our daily school work, lessons and guidance activities continued. But it was time for the winter vacation and we were to go to Khairpur Mirs as a family for the reading retreat. Someone had to stay in Quetta to take care of the sacrificial animals in the barn. I guess I was given this task or I remained there voluntarily, since I usually took care of the preparations for the Eid al-Adha activities.

Friends and my wife travelled to Khairpur Mirs by train. I was to stay in Quetta for a few more days and then join the program in Khairpur Mirs. Meanwhile, I learned there would be a New Year’s reception in the restaurant of Quetta’s most popular hotel, where the city’s leading government officials and foreign mission chiefs would attend. Officials of the PakTurk Schools were invited to the reception. Since all our friends had gone to Khairpur Mirs, I was the only one left to attend the program.

I had worn my formal suit and was preparing to leave for the New Year’s reception when I received a phone call. On the other side of the line was the Turkmen shepherd who took care of the sacrificial animals. He gave me an address and excitedly said: “One of the cows is sick and needs an injection immediately. It’s urgent! You need to go to that address, get such-and-such medicine from the vet there and come to the barn. I’m going to the barn too. Let’s meet there!”

Intended for the reception, meant for the barn!

I was confused about what to do with this phone call I received when I was about to leave the house in a formal suit. I wouldn’t have time to return home to change. That’s why I went to the veterinarian’s house at the given address and rang the bell. He was living in a flat above his office. He gave me a syringe and the medicine. He also described how to inject the medicine on the cow’s neck. Until that moment, I was thinking, ‘I will take the medicine to the barn and give it to the shepherd, and I will go to the hotel from there’. Only then did I realize that I had to go to the barn and administer the injection myself. When I got to the animals, it was 12:00 at midnight. While I reckoned to welcome the new year in a reception with foreign mission chiefs, I welcomed it in the barn with cows. The shepherds showed me the sick animal and with their help we administered the shot exactly as described. “The cow has little chance of survival!” had said the vet, because it was foaming at the mouth. However, I heard the animal recovered the next day.

I cleaned my shoes and got to the New Year’s program in my formal suit, albeit late. We had a dinner and long talks with the American consular officials and diplomats of many countries, as if I had not been to a barn full of sacrificial animals ten minutes earlier.

Excitement, sadness and happiness all together

When the Eid al-Adha arrived, I experienced the surged emotions of excitement, sadness and happiness I had never experienced before. First, the imam of the mosque where we performed the Eid prayer made a mistake. After the reactions from the congregation, he led the Eid prayer once again. That surprised us a lot. I witnessed that many people who had not eaten meat since the last Eid-al-Adha waited for hours in queue or at their homes for the moment of our arrival with meat packets weighing 4-5 kilos each. I was delighted by delivering the sacrificial meat obtained from the animals sacrificed by philanthropists from Turkey to the needy in the best way and to put smiles on the faces of those people. I always remember saying on that day, “I would not trade seeing the smiling faces of these people for any happiness in the world.” I experienced the excitement in the slaughter and packaging of the meat of the sacrificial animals. As someone who had never even slaughtered a chicken in his life, I sacrificed many cows myself to help the butchers and chased the animals on the run. We even ran after the people who tried to pilfer the meat we packed. Having finally caught them, we told them to line up properly and gave them meat to them all.

I also learned in Pakistan that nothing obtained from the sacrificial animals was wasted. A lot of things I normally thought as ‘refuse’ were put to use. During the slaughter, we had set aside the cows’ trotters, thinking ‘we would discard them all at once’. First, the butchers said, ‘Give them to us’, and then people who came to receive meat packs asked for a couple of trotters. Some families even asked, “Would you give us trotters instead of meat?” We handed both meat and trotters to those families. We realized Pakistanis prepared very delicious dishes from trotters. It was not only the trotters used; people cleaned the tripes and took them away. On the Eid al-Adha, someone arrived and said, “I want to collect the blood in these gutters and take it away. I will both clean for you and use the blood!” We asked him, “What are you going to do with this blood?” and he replied, “I have a chicken farm, I will mix it in their feed.” Pakistan kept teaching us new things every day…

Part Fourteen: Quetta’s longing for green parks; the first and the last picnic!