English teacher Fatma Öksüzer (1): I wished to teach to those children I watched at the Turkish Olympiads 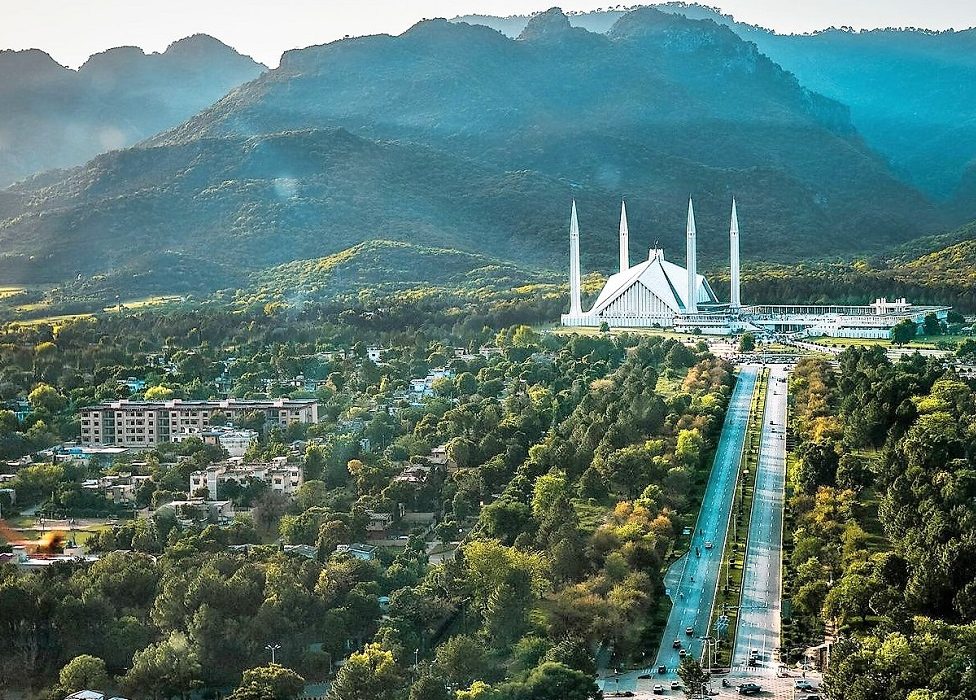 Pakistan’s capital Islamabad turned 61 on August 1, 2021. When Pakistan declared her independence in 1947, Karachi was the capital. In the thirteen years that passed since the Independence, the authorities decided to found a fresh capital with a new name. Educationist and researcher Sadık Pakdil wrote interesting details about Islamabad including the part of the plateau now quartering the capital of Pakistan and how the name ‘Islamabad’ was found.

Built on the Potohar Plateau at the foot of the Margalla Hills in the northwest of Pakistan, Islamabad is also considered the area of one of the oldest human settlements in Asia. According to archaeological findings, some of the oldest Stone Age artifacts in the world, dating back 500,000 to 100,000 years, and Neolithic pottery and utensils dating to 5000 BC have been found spanned by the Islamabad Capital Territory. The cradle of the Indus Valley Civilization, the region was also the corridor used by many great rulers such as Alexander the Great, Genghis Khan, Timur and Ahmed Shah Durrani to invade South Asia.

Karachi became the country’s first capital in 1947 when Pakistan attained its independence. Over the years, it has been frequently stated that a modern and permanent capital city should be established that would reflect the culture, tradition, hope and future goals that constitute the diverse but unifying regional, linguistic and social fabric of the people of Pakistan.

A commission formed in 1958 by the then-President of Pakistan General Ayub Khan determined criteria such as location, climate, ample water resources, logistics and defence requirements and traditional and modern architecture befitting a young republic like Pakistan as the salient features of the new national capital.

It was envisaged that the new capital would be in a sheltered area that could easily be accessed from all over the country and away from the business and trade commotion. Karachi’s location at one end of the country made the capital vulnerable to attack from the Arabian Sea. It made sense, therefore, that the emergent capital was only 14 km from the army headquarters in Rawalpindi. After extensive study, research and thorough examination of potential sites, the commission recommended the area northeast of Rawalpindi for the capital.

A large-scale survey was conducted to determine the name to be given to the new capital, and the name ‘Islamabad’ proposed by Abdurrahman Amritsari, a teacher from Arifwalla, was accepted. On 1 August 1960, Islamabad was officially proclaimed as the new capital of Pakistan. While Islamabad was under construction, Rawalpindi acted as the interim capital.

In the main city plan drawn by the Doxiadis Associates, a grid-planned city inspired by the ancient Athens city-state, consisting sectors made of 4 sub-sectors, each 4 square kilometres wide, and expanding forward from the foothills of the Margalla Hills was designed. According to the master plan, Islamabad was designed to ultimately form an Islamabad/Rawalpindi Metropolis with a total population of 8 million, including its “twin” Rawalpindi if necessary. It was also planned to connect the capital to different parts of the country with four intercity highways.

Construction began in 1961 and by Pakistani engineers and labour force, Islamabad was ready initially to be settled by government officials in 1963. To avoid urban clutter, Doxiadis Associates, assisted by Pakistani urban planning experts, designed Islamabad with each sector defined by a letter from A to I and a number to have its own residences, shops and parks.

To give an example, the first PakTurk School opened in Pakistan was in the F-10/4 sector of Islamabad. In the early years, many Turkish teachers lived in the G-10 sector.

Spanning an area of 906 square kilometres in its master plan, Islamabad Capital Territory is surrounded by an area of 2,700 square kilometres including the hilly terrain where the Margalla National Park is located. While the population of the city, where once only government officials lived, was a few hundred people in 1963 when it was first opened for settlement, it increased after constructing privately owned houses and the provision of basic municipal services in 1967. Population later increased from 76 thousand in 1972 to 2 million in 2017 and reached in 2021 to 4.1 million with the suburbs. Despite the problems brought by rapid urbanization, Islamabad, where the population has increased by 100 percent in the last 20 years and which has received influx of settlers especially since the mid-2000s, is still the most organized city in Pakistan and has the highest literacy rate.

Voted ‘the second most beautiful capital city in the world’

Islamabad, the ninth largest city in Pakistan, is also the most expensive city of the country. It is the national capital with a high standard of living, green spaces and a high level of security under the protection of over 2000 security cameras. Hot summers, monsoons and cold winters with sparse snowfall on the Margalla Hills characterise the climate of Islamabad. The city also has a rich wildlife, from wild monkeys to leopards. Rawalpindi is the centre of most of the industrial, commercial and military activities while Islamabad is the centre is the seat of the government. The two cities are called twin cities and depend highly on each other.

The first residents of the city state that the residential planning in Islamabad is based on the neighbourhoods of Ankara, the “quiet and beautiful capital” of the 1950s, such as Kızılay and Bahçelievler, where nature and architecture are intertwined on well-maintained sidewalks and wide roads. Here we need to remind you that Islamabad and Ankara are sister cities. Although the Pakistan Embassy building in Ankara is not on Cinnah Street, the Turkish Embassy building in Islamabad was on Ataturk Avenue for a while.

In Islamabad, which was voted as the second most beautiful capital city in the world in a survey conducted by toptenfindings.com, many prominent symbolic buildings include the Faisal Mosque designed by Turkish architect Vedat Dalokay, Pakistan Monument and National History Museum, The Centaurus Mall, Saudi-Pak Tower, Islamabad Stock Exchange, PM Secretariat, Aiwan-e-Sadr, National Assembly Building and Pak Secretariat.