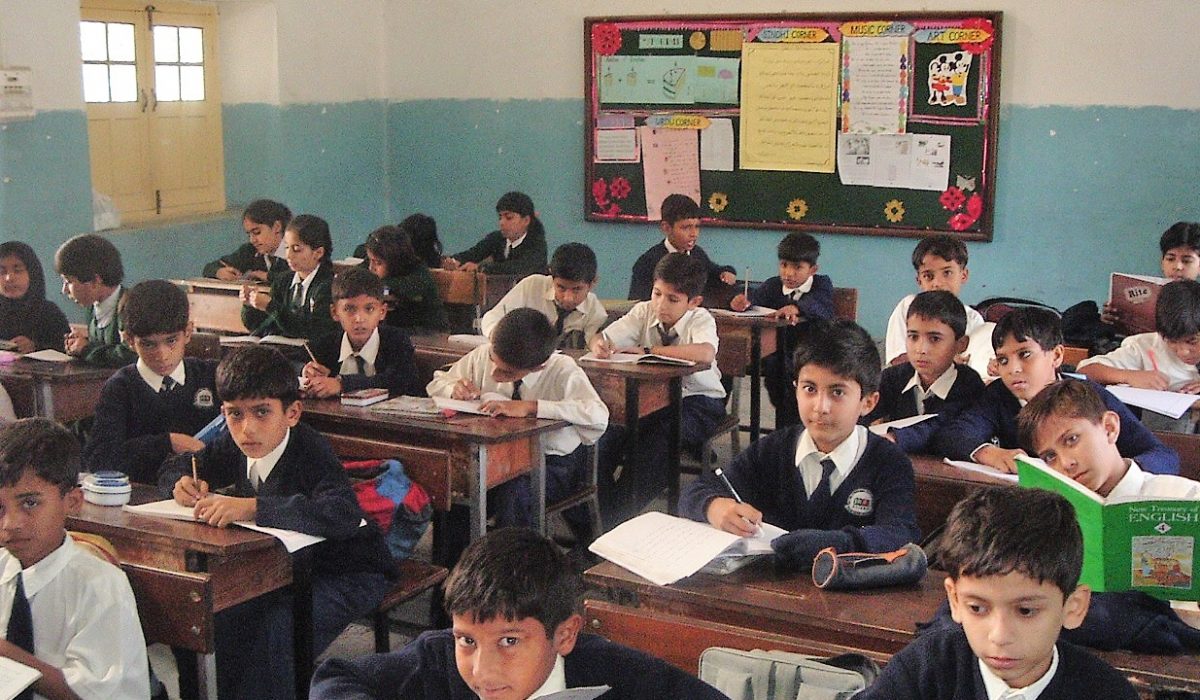 Education volunteer Fatih Çapar talked about his first mentoring experiences in Pakistan, where he went to study at a university, and the circumstances he faced while searching for an English language school.

Like every foreign student meant to study in Pakistan, where the official languages are Urdu and English, we had to enrol in an English course. At that time, foreign language learning opportunities in Khairpur Mirs were not very developed. Mainly, Sindhi was spoken. The mentors who had arrived in Pakistan before us said that only one or two professors taught in English at the university in the city, and the rest taught in Sindhi. The school hostel was already like a Turkish mosaic. The students of the mentors from Mardin and Elazig spoke Turkish with the south-eastern accent. You could guess which student was which teacher’s student from his accented Turkish.

One day, I went to an English language school with my friend Savaş, with whom I had arrived in Pakistan. It was extremely hot inside and the whirling ceiling fan prevailed the place with a loud hum. The lower parts of the walls in the building were covered with red spots, I could not quite understand the reason then. Considering the general environment, that was a redundant detail, but when I first saw how the spots were formed, I froze. Someone came and sprayed the red juice from his mouth against the bottom of the wall. “Brother Bilal, what’s he doing?” I asked with a confused expression. “He’s chewing paan!” he said, adding, “it is common among young people”. The paan prepared by crushing the leaves of a plant of which name I cannot remember now was chewed in the mouth. The chewed leaves turned into a red liquid in the mouth over time. Consumers of this plant, which also had a pain-killing effect, spat out when they could no longer hold the liquid in their mouths. I often saw rickshaw drivers use it, while some called paan a kind of ‘light and legal drug’. When some rickshaw drivers raised their heads so that the liquid in their mouths would not spill, they would pronounce words with a mouthwash melody. At such times, I was very afraid of causing tension and being exposed to paan water. 😊

My father did not speak because I was going to Pakistan, my mother wept

When we observed the language level of the students in the first week of the English course, my friend Savaş and I came to the conclusion that we would not be able to learn English there, and we decided to ‘self-study’. After we finished our language education, we visited the university where we would take admission. It was a day that made you say, ‘What on earth is going on in this city!’ We saw a cleaning staff in the office of the head of the Computer Engineering department. Brother Bilal pointed at one of the workers and said: “Look, that man is cleaning between the floor tiles with a toothbrush.” That made me think for a long time: “He cleans the floor tiles with a toothbrush” … Yes, yes, with a toothbrush… In time, I witnessed similar situations. A different view in every corner, a different photo in every corner.

We took a rickshaw to return to the hostel. I soon dozed off in the heat and droning noise. There was sadness at our house in Malatya because I could not qualify for the undergraduate degree program I wished. My father had arranged an office table for me on the upper floor of the shop where we worked together and traded apricots. He was very hopeful of his son in terms of business. He constantly expressed this to his friends and I witnessed it as well. I wanted to be a participant of the Hizmet Movement and was focused on being an educationist. When I said, “I will have my university education in Pakistan,” my father did not react. My mother’s weeping did not stop. My father did not speak a word to me for a whole month.

It was a Saturday. During tea time on the balcony in the evening, I said, “Mom, I bought my air ticket for Monday, I’m leaving.” My father looked up. “Wasn’t that Wednesday?” he asked me in a sad tone. He spoke to me for the first time in a month. I said, “Yes, my flight is on Wednesday, but I am going to Istanbul on Monday.” He got up, came to me and put his hand on my shoulder. The moment I felt the weight of his hand on my shoulder, I woke up to Pakistan again with Brother Bilal’s voice saying to the rickshaw driver, “Stop here!” I wondered if I had come to Pakistan without the consent of my father. I immediately called my father; he was at ease and he also advised me, “Learn English…” and said, “Say hi to your friends for me.” My father’s warm expressions brought me one step closer to Pakistan.

By then, we were very used to our students at the school and everything was going well. It warmed our hearts that they spoke Turkish with us, and told us about their families and cultures, and even about all their problems. We had a student named Asmatullah. He was keen on studying. Even Sajjad, who constantly roamed with a notebook in his hand, was not considered hardworking as compared to Asmatullah. Asmatullah used to study whenever he could. Once I got up for the morning prayer, I saw Asmatullah was in the corridor. He had the iron in his hand, his school uniform on the ironing board in front of him, and a book at his side. He was ironing his uniform and studying at the same time. “What are you doing, Asmatullah? Do not exaggerate this way!” I said to him. He looked at me, smiled and said, “Brother, I have to work sooo hard!” We both laughed. Later, I heard Asmatullah was accepted to one of Pakistan’s most popular universities for business administration.

As students and mentors, we got so used to one another that it was as if we had been living together for years. We were like 30-odd siblings in the hostel. Everyone participated in the studies without any coercion. They would comply with the hostel schedule of events. That year, one of our boarding students with the slimmest financial means came first in the nationwide exams. We became very happy.

The brothers who had come before us made great contributions

We used to play ‘German Castle’ (a kind of miniature soccer game) with the boarding students in front of the hostel. Although I taught that game to them as the ‘Turkish Castle’ 😊 I wish I had named it as ‘Pakistani Castle’… Here, I cannot move on without mentioning the efforts of brothers Bilal, Harun and Mehmet who had arrived in Pakistan before us. We found everything ready in terms of harmony among the students. I understood this when I observed other hostels in Pakistan. These brothers reinforced the importance of issues such as not entering indoors with shoes, cleanliness and order of the hostel rooms, and the etiquette at the dining hall, by explaining these very well to the boarding students. I thank them very much.