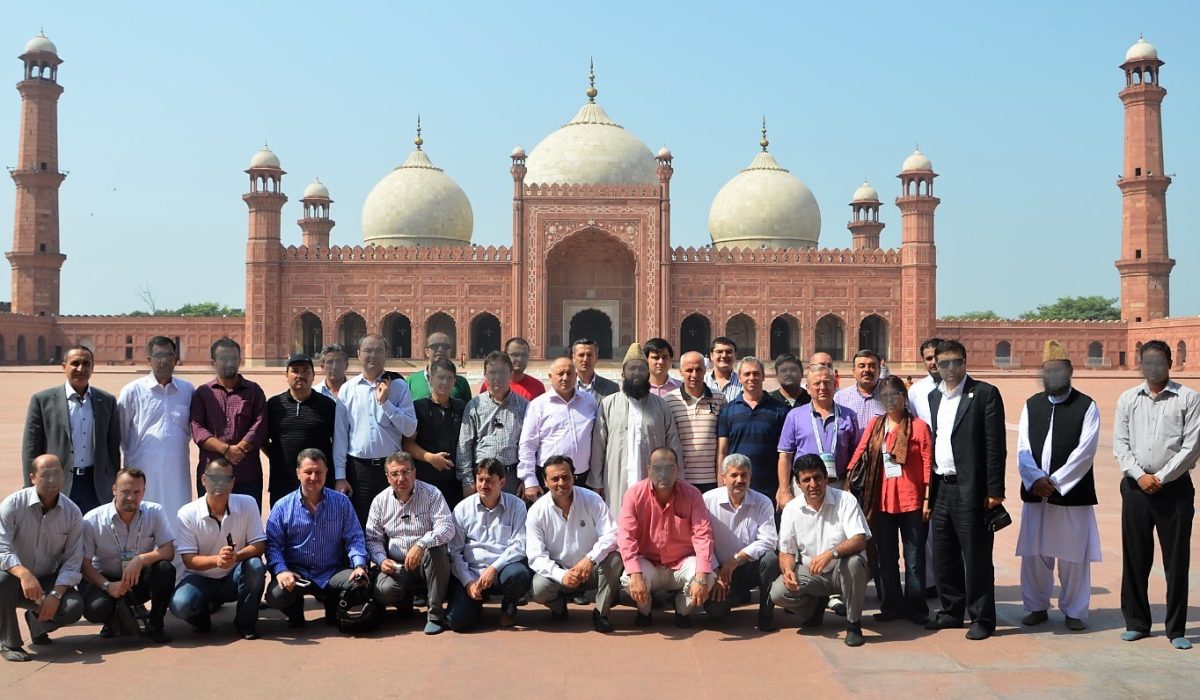 Uncle Abdul Razzaq and his family would not see off any visitor to their house without presenting them gifts. All Turkish friends living in Lahore must have dined at Uncle Abdul Razzaq’s home several times or had a picnic at his farmhouse. We are highly indebted to him. When we left Pakistan for Canada, he told one of his relatives living in our city to take care of us. He even asserted, “Taner and Zübeyde love haleem, so give them a treat of haleem.” Even though we have been tens of thousands of kilometres away, he still thinks of us. We talk to him on the phone occasionally and remember the good old days. Every time we call, he asks, “Do you need anything?” and also reassures us saying, “You were persecuted dishonourably, but do not worry and remember the hadith which starts as, ‘The oppressor is the sword of Allah…“

From this point onward, I would like to relate Doğan Yücel’s memories of Uncle Abdul Razzaq:

I guess it was 2011. Uncle Abdul Razzaq was to undergo an open-heart surgery. Doctors stated the probability of death as high. The day before the surgery, I wished to sooth him and say goodbye to him even though I did not have the heart to say, and get his blessings. His family and the household staff constantly recited prayers at his bedside. We sat and chatted with him for half an hour. I told him he would soon be healed, that he received the blessings of so many people, and that I believed that the Allah Almighty would restore him to his family and employees. I learned he was cured after the surgery. I conveyed my best wishes to him on the phone. I wish him a long and healthy life.

I was working in Karachi in 2011. I asked Uncle Abdul Razzaq to facilitate us about his businessman friends in Karachi. I thought of inviting his friends to our business association. Uncle Abdul Razzaq forwarded me the names and phone numbers of a few of his friends. He also called them personally and introduced me. Some of his friends he had called and talked became the material and moral supporters of the PakTurk Schools, just like him.

‘I have realized that you are humble and nice people’

Uncle Abdul Razzaq was to get his son married in the winter of 2010. I and his businessman friends took a flight from Karachi to Lahore to attend the wedding reception. He was elated. He hosted us at his home the next day.

The first time we went to his farmhouse with our families. He had organized a BBQ party for us. Children enjoyed seeing rabbits, gazelles and other animals. We chatted with him. A few days after the barbecue at the farm, he said to Mr. Taner, “What kind of people are you? I was very worried, wondering whether you would like the food we had prepared. Not a single person said anything like ‘I didn’t like this’ or ‘I didn’t like the taste of that’! After this, I had stronger conviction that you are very humble and nice people.”

In that farmhouse, we used to play volleyball among ourselves and sometimes Uncle Abdul Razzaq’s son and his friends would join us in the cool morning hours on weekends.

He had studied veterinary medicine and loved animals so much. He especially had a special interest in parrots. In the lawn of his house, he had parrots brought from all over the world. One was very special. It knew 600 words and imitated human voices expertly. According to what Uncle Abdul Razzaq told us, he got up for morning prayer once, and while he was praying, the parrot imitated his voice. His wife, thinking it was Uncle Abdul Razzaq speaking, asked him, “Haven’t you just go to prayer?”

He got angry at us for borrowing someone else’s car!

Late Mr. Ali Bayram and Mr. Sadettin Başer used to visit Lahore occasionally. Whenever they visited, we always used to invite our businessman acquaintances to Uncle Abdul Razzaq’s house to meet the guests because it had the largest sitting room. Once, I requested another businessmen acquaintance to borrow his car to drive Mr. Ali Bayram in Lahore during his stay there. He agreed and even assigned his jeep with the driver to us for two days. When we went to Uncle Abdul Razzaq’s house in that jeep, he got very angry with me and said, “From now on, if you ever need a car for someone visiting, you will never ask it anyone else but me, okay?” Even though I said, “We always bother you. What if we borrow from others once in a while? Their hearts break too,” I couldn’t calm him about that. From that day on, we drove the guests visiting Lahore either in our own cars or with one of Uncle Abdul Razzaq’s.

May Allah bless Uncle Abdul Razzaq and all members of his family. His self-sacrifice and magnanimity cannot be put into words even in hundreds of articles. I take this opportunity to wish him a prosperous and auspicious life once again, and thank him again. We kiss your hands, Uncle Abdul Razzaq…