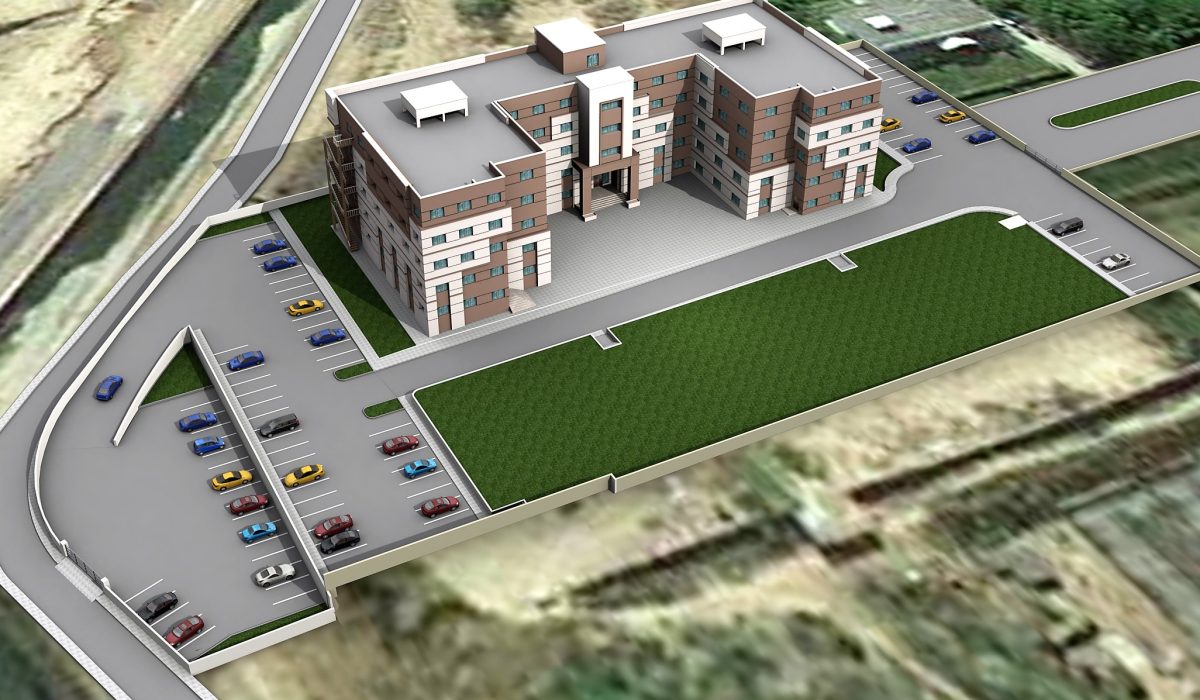 Educationist Doğan Yücel narrated the construction process of the PakTurk School in Lahore and the financial support provided by Pakistani businessmen in this part of his article series on his life in Pakistan.

In October 2007, a wing of the school building on Raiwind Road in Lahore had opened its doors for education. Meanwhile, construction continued to complete the rest of the campus. Businessmen from Ankara had undertaken to meet half of the construction expenses. While we looked for resources for sponsoring the other half, we thought we could ask for support from Pakistani philanthropic businessmen and affluent parents. We contacted them and explained the importance of investing in Pakistan’s future and in their children, especially in the brilliant minds we educated through merit scholarships. For this, we had a brick hut built on the school site while the construction continued. We also had a wall-to-wall carpet and an air conditioner installed, and had breakfasts with businessmen groups every Sunday. We explained to them the objectives our school would serve and showed them around the construction site. Businessmen who knew about us also told the visiting businessmen about the school and our future projects. In this way, Pakistani businessmen sponsored a portion of the construction costs.

We launched an ‘adopt-a-classroom’ campaign among Pakistani businessmen. We named classrooms after them by installing nameplates on the doors in recognition of their charity. Some businessmen had classrooms built in memory of their mothers and fathers. I would like to thank once again both the donors who provided this support and their parents who raised them, and I wish them to be rewarded for their good deeds in this world and the next.

Delivering plaques from Lahore to Islamabad

That year, a function would be held to mark the inauguration of the PakTurk School in Islamabad too. In Pakistan, the most exquisite plaques are made in Karachi and Lahore. Guests from Turkey would also visit Pakistan for the inauguration ceremony in Islamabad. We placed an order at a plaque maker in Lahore to prepare plaques for the Turkish guests and the Pakistani government officials. We wanted the plaques to be ready by the next Thursday. It was Thursday at last, but the plaque maker said, “I can deliver them to you tomorrow.” Friday arrived and he said, “They are not ready yet.” We pressured him fairly because the then-Prime Minister of Pakistan would attend the inauguration ceremony in Islamabad as the Chief Guest. We could barely receive the plaques on Saturday morning. Yet, it was impossible to deliver them for the ceremony by cargo within such a short time. The only way was to take a fast highway drive to Islamabad. I was to attend the function with two colleagues, so we would deliver the plaques ourselves.

My car was a jalopy with a small engine. Its air conditioner would not work well either. Our only alternative was Mr. Taner’s old Suzuki Khyber. However, that car did not have a spare tire. It would occasionally break down and leave us stranded. We had to risk everything. Finally, we loaded the plaques into Mr. Taner’s car and set off. We started a journey which took 4.5 or 5 hours under normal circumstances, but we had to deliver the plaques for the ceremony within 3.5 to 4 hours.

We ‘flew’ to evade speed guns and reached on time!

We could only reach the ceremony by exceeding the speed limit a little. We came across the motorway police patrols 5 or 6 times, but we reached Rawalpindi without being detected by the speed radar. One time, the motorway police officer who manned the radar was drinking water, the other time he was issuing a speed ticket to another driver. Everyone knows, the Motorway Police in Pakistan are very strict in enforcing traffic rules. We could not understand how we managed that day. We arrived at Chak Shehzad, where the inauguration ceremony was held in Islamabad, without being stopped by the Motorway Police.

However, the Prime Minister had arrived and the road leading to the school from the main avenue was sealed. After much struggle, the police allowed us to the entrance of the school. However, the officers there did not allow us to enter the campus for security reasons. We delivered the plaques to a colleague at the door. We waited for the end of the ceremony at the entrance gate of the school. After the ceremony, our colleagues there hosted us. Later, we toured the school and returned to Lahore on normal cruising speed.

The local government immediately paved the road to the school

Our school construction on Raiwind Road in Lahore was largely completed. However, the road leading from the school to the main road had not been paved. We wished to have dual access to the school for parents arriving to pick or drop their children to enter and leave the campus without congestion. We requested the Punjab provincial government to facilitate us with the road construction. Since the issue was education, the officials agreed and paved the road which cost the rupee equivalent of $50,000.

Once the road was built, it was time for landscaping and horticultural work. An architect from Ankara had prepared the landscaping. However, after the road construction, the landscaping plan had to be revised. A local contractor familiar with the architect of the school proposed three landscaping plans and we decided on one. We had another important problem: We did not have the money for the work! We raised the landscaping issue, which cost the rupees equivalent of nearly $25,000, with the owner of a nearby factory, who also made in-kind donations to our dormitory. Positively, he said he would assume two thirds of the total cost. We had an exquisite school garden in the end. We gifted the gentleman the English edition of the Topkapı Palace Sacred Trusts book, which had just been released. We did not have many copies of this book, each of which sold for $150. Some businessmen, having seen the book, offered more than $200 to get one copy, but we could not give any because it was not available. Fortunately, in the summer, we bought the book in bulk at the publishing house in Istanbul at a much more affordable price.

Businessmen did not turn down our requests

The architect from Ankara had also drawn the electrical installation plans of the school. However, this drawing had focused on the central cooling scenario. This was cancelled because of high costs. However, during power cuts, we had to run a generator to avoid any disruption in education. Besides the purchase of the generator, we also had to find sponsors for the entire electrical installation. We requested the contractor, who undertook the construction, to cover the columns at the entrance with stainless steel and to gift the electricity boxes to the school. He accepted this in memory of his late mother. Hence, electricity boxes and the stainless-steel coatings were also installed.

There was one last thing left to do in the garden: Building a shade over the entrance to the school to shield students from the rain while getting in and out of their cars. The site manager of the contractor who undertook the construction had given a list telling the sizes and lengths of the heating pipes. Some pipes could not be used because they had been sized in different diameters. Some pipes were redundant. Those galvanized pipes had been donated by a businessman, who had his shop on Brandreth Road, and were used in the frame of the shade above the entrance. May Allah forgive everyone departed to the eternal abode from the family of this person. Two more buildings were to be built on the campus: The gym and the detached dormitory building. I leave the details to Mr. Taner Koçyiğit, who supervised those works himself.

Part Twenty-Two: Opening a school in Lahore and the Punjab governor’s gesture to the PakTurk administrators