Educationist Fatma Esra Tosun (4): The people of Pakistan stood for us in times of happiness and sorrow 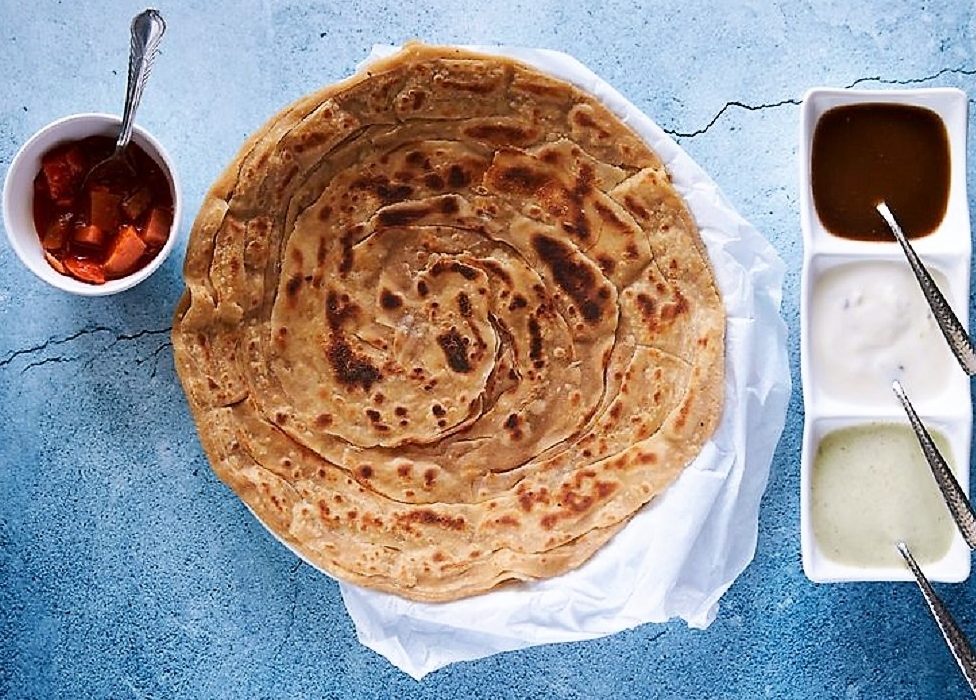 Educationist and researcher Doğan Yücel wrote about the foods preferred at breakfast tables in Pakistan and the Turkish reservation towards local tastes. Yücel also narrated what a Turkish teacher sampled at a rich Turkmen dining table where he sat for the first time.

In Pakistan, the same as in other courses during the day, breakfast food have their ample share of hot and spice. The breakfast dish called ‘taka tak‘, prepared similar to tantuni on a hot steel sheet by mixing eggs and speciality meats with tomatoes and bell peppers, is very famous. You notice jams have thicker and gel-like textures as compared to the Turkish-style jams. Milk creams are not as dense as the ones in Turkey. People in Pakistan consume honey a lot.

Besides milk tea, paratha, which we may define as a greasy and flaky pastry baked on a tin sheet or large steel pan, is among the indispensables of the Pakistani breakfast. We should also mention types of paratha, which may also roughly be called as the Pakistani pancake. The most famous is aloo paratha, i.e., potato pancake. Two layers of paratha dough is rolled out thinner than ordinary, stuffed with mashed potato (aloo) and cooked on a tin sheet or steel pan. For those who like it a little spicier, there is also achaar paratha, which is stuffed with local pickles. Mostly, paratha is accompanied with a side order. Another breakfast delicacy is yogurt with honey and it makes a tasty companion with potato paratha. Another close friend of paratha is omelette. This greasy pancake and ‘scrambled eggs’ go so well together. Milk tea crowns the tasty experience at the breakfast table.

Spicy or not, we always liked eating ‘dal-channa‘ and ‘dal-maash‘

Breakfast items such as honey, milk cream and jam are eaten with roghni naan, a greasy white-flour tandoori flatbread. People usually bake their own bread – such as chapatti, roti, paratha and naan – at home on steel pans. Chapatti is made from whole grain flour and is bread in true sense.

Besides these, those who go to work in early morning buy spicy chickpea or lentil paste and eat it with unleavened tandoori flatbread. The red lentil and broad gram paste locally called ‘daal-maash‘, is a popular delicacy. Especially when we had been single, we had subscribed to eating our morning’s share of daal-channa (lentil-chickpea) or daal-maash (lentil-gram) in Gulberg, Lahore regardless if it was spicy. White tandoori flatbread should not be left to cool; it is unleavened and quickly hardens, making eating a laborious process. Another food for breakfast is the French fries dipped in spicy ketchup and served in oil paper as street food. What sets the difference from home-made fries is that the street-food potatoes are usually finely-chopped.

Contrary to the practice in Turkey, they do not eat cucumbers and vegetables for breakfast much. Often people have their breakfast with a cup of milk tea and a paratha. Those who wish to have something special for the breakfast eat ‘nihari’ i.e., trotters as we know it. Especially the lamb nihari is very famous. The meat and chickpeas are set to boil slowly from the evening until the morning. The meat and chickpeas soften completely and you get an unforgettable taste of nihari.

We always brought olives and feta cheese from Turkey

Breakfast in Pakistan is generally a meal eaten by dipping flatbread in stews or sauces. Contrary to their central importance on Turkish tables, breakfast foods such as olives, feta cheese, tahini halwa and molasses are not preferred in Pakistan. There is gajar ka halwa i.e., carrot halva, but it is usually served for dinner. Regardless, we should mention ‘halwa-puri‘ here. Semolina halwa is eaten for breakfast, but not without puri, a deep-fried flaky-hollow pastry. The inseparability of halwa and puri in Pakistani breakfast scene does not differ from tahini and molasses in Turkish breakfast. People demand this delicacy under a blended title as if the two were one food: Halwapuri.

So how could we obtain our breakfast items? In summers, we used to take breakfast items such as tahini halwa, feta cheese and olives in our suitcases during our holiday return from Turkey. We used to buy molasses and tahini from a factory in Karachi. Feta cheese was available in several grocery stores. We used to prepare our own tomato paste and pickles. As bread, we often bought milky sliced-bread from the market.

We once invited businessmen to our house for breakfast on a Sunday. We had set up a nice place table consisting products widely consumed in Turkey such as olives, feta cheese and halwa. Our guests arrived with local breakfast items such as pai, paratha and nihari in order not to come empty-handed. We had no preparations for those foods either. Eventually, the guests mixed nihari with the breakfast items we had prepared for them. 😊

Canadian bride visited to ask for the pastry recipe

Turkish tea tasted bitter and tasteless to Pakistanis. We used to buy Ceylon tea and add spices like cardamom and ginger to make it a little closer to the tastes of our guests. Sometimes we would prepare them green tea, a popular after-meal drink in Pakistan. Green tea appealed to the common taste of both parties.

Whenever we invited Pakistani friends and colleagues to our home for breakfast, we used to offer them Turkish foods such as pastries and buns like börek and poğaça. They liked it so much. We used to chop hot green chillies in menemen we prepared for them. In some cities, Turkish ladies organized regular cooking classes for the local ladies including parents and wives of businessmen. In these courses, they would demonstrate how to prepare breakfast pancakes in Turkish style.

Let’s now see what a friend of ours, who wished his name to be withheld, experienced on his arrival in Pakistan:

“I arrived in Pakistan in 2002. My flight had landed in Peshawar. I hadn’t seen other cities yet. I spent about a week in Peshawar. It was around the last days of November. Mr. Sadullah, the vice principal of our school, took me to the house of an elderly Turkmen carpet-maker. It was my first time to visit a local home. Mr. Sadullah took me along saying to our elderly host, ‘A new colleague has arrived in Pakistan’. For the first time, I would see a Turkmen house and meet a Turkmen. A large table was set in the middle. They said it was a Turkmen tradition to set large tables for their guests.

At the dinner, there was I, Mr. Sadullah and Turkmen carpet-maker Uncle. We chatted a little. We ate some snacks at the table. We drank green tea. Then he called out as if to say, “Come on!” A young man entered with plates full of food. The food-filled plates kept on arriving one after another. We were just three people. Finally, all the food came and the table was finally set. The young man who brought the food would walk across the cloth table-sheet across the floor. It came a little strange since I had not been used to such a sight in our tradition. While I thought what might lay behind that tradition, I said to myself, “I guess this is the local culture,” and I didn’t bother.

‘I wonder if I offended our host by eating so much!’

There was plenty of Turkmen pilaf on the table; fatty and meaty. It had carrots, currants, spices and large boneless pieces of meat. While Mr. Sadullah and our host chatted among themselves, I kept on eating plates-full from this delicious rice, which I tasted for the first time in my life. They continued to speak in Turkmen and Dari. At one point, the Turkmen uncle said something to Mr. Sadullah and made him laugh. “What’s he said?” I asked to Mr. Sadullah. “He said, ‘this one is eating well!’ about you,” he replied. “I wonder if I offended him by eating so much? Was I not required to eat?” I asked. Mr. Sadullah said, “No, you have done well. Whenever we used to visit this Uncle with other colleagues, they would first open the lid of the pot, ask what food it was and examine it. They would not eat much. You ate hungrily without asking anything. He liked it so much.” There was shashlik, yoghurt, Turkmen dumplings, salad and many more on the table. The more I ate, the more Uncle called out to have more food brought on the table. The more I ate, the more I drank green tea. The more I drank green tea, the more I ate…

This was my first memory of visiting a local home in Pakistan. Our host Uncle was also very pleased. It made him very happy when I ate without saying, “What is this, what is in it?”