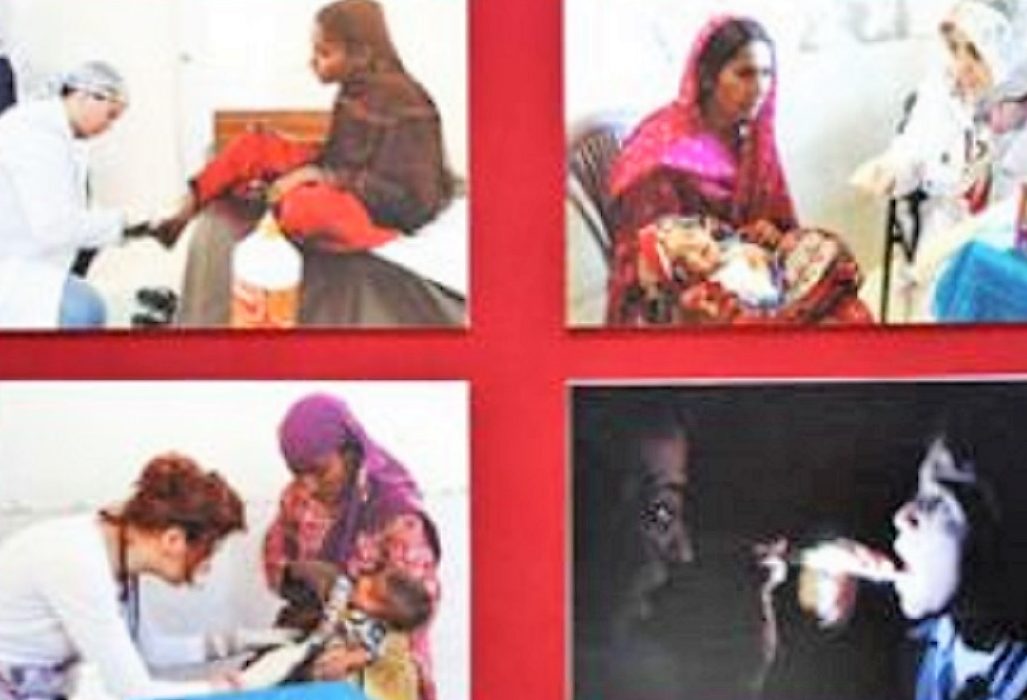 Educationist Doğan Yücel wrote about a helping hand reaching out from Turkey during Pakistan’s hard times and how it served as a bridge alongside the educational activities of the PakTurk staff.

Many groups travel to Pakistan from Turkey voluntarily in humanitarian response to earthquakes, floods and on occasion of the Festival of the Sacrifice (Eid al-Adha) to conduct charitable aid to the needy. As the PakTurk staff, we organized tours and orientations to such visiting groups whenever needed. All of our colleagues, who worked hard during the preparation and delivery stages of these programs, also participated in those activities voluntarily and without asking for a fee, the same as the volunteers who hailed from Turkey. Our teachers and students worked overtime to meet all logistic needs of those who arrived from Turkey and other countries for humanitarian assistance. One of such relief delegations was of the volunteers of the SAYMER (Healthy Life Support Centre), whom we hosted in Karachi after the flood disaster in 2010. The members of the SAYMER, a medical association in Samsun, wished to visit Karachi with a team of 16 medical professionals…

When the SAYMER officials contacted us, I assumed the duty of supervising the organization of the visit. Invitations had to be dispatched to the incoming medical delegation in order to receive permission from the state hospitals and to sponsor the visit by the Turkish Cooperation and Coordination Agency (TIKA). Dow University of Health Sciences in Karachi, one of the leading medical universities in Pakistan, sent an invitation from the Office of the Rector appealing for humanitarian assistance on behalf of the flood affectees. Hotels were booked and buses were hired. The locations where the medical check-ups would be conducted, the places to be stayed and the institutions that wished to receive the delegation were arranged. The Pakistani philanthropic businesspeople who would guide the members of the medical delegation in the health screening drive were met and briefed. First and foremost, the two tonnes of medicine collected by the member doctors of the association had to arrive in Pakistan. For the receipt and clearance of those medicines, a Pakistani national had to apply to the customs with his ID. We requested our school accountant Mr. Imran to follow the procedures. The medicine cargo would arrive in his name on the same plane.

2 tonnes of medicine sent for relief waited in customs

Preparations were completed and the SAYMER delegation arrived in Karachi at the end of January 2011. We welcomed the delegation and took them to their hotel. Earlier, a police escort had been requested from the Karachi Police Department for the safety of the delegation and the medicines. After settling in the hotel, the delegation was taken for a tour of the Pakistan Air Force Museum, some shopping malls and the coastline promenade. In the evening of the same day, a welcome dinner was held in the hall of the Karachi Chamber of Commerce and Industry. In the meantime, the medicines brought by the SAYMER could not be cleared from the customs at the time they were offloaded from the aircraft. The officials said, “This consignment requires both security clearance and payment of customs duties”. At the dinner, I requested the prominent executives of the Karachi Chamber of Commerce and Industry to help solve the issue.

With their support, we completed the procedures, which would normally take 15-20 days, from morning to evening the next day. The name of the recipient was updated and the status of the consignment was reviewed to fall within the flood relief category. Karachi Chamber of Commerce and Industry received the humanitarian assistance cargo. Due to its humanitarian aid nature, the medicine consignment was exempted from numerous customs expenses. Only the warehouse admittance and exit fee for one day were paid and the medicines were received by the evening. In the meantime, the medical delegation was dispatched to the camp in Thatta, where one of our acquaintances who was one of Karachi’s leading businessmen, also assisted the physicians. We had sent the delegation accompanied by a colleague and a few students, whose mother tongue was Sindhi, as the interpreters. The amount needed for the medicines there was paid by that businessman himself. Around 700 people were given medical check-ups. We learned the businessman had gifted the members of the delegation burgundy embroidered shawls, the symbol of Sindh. The same businessman hosted the delegation in the Naval Museum Restaurant in the evening.

I have been regretting about that child for 10 years

The medical check-up ended in Thatta. There are three things I remember from there. First: A Pakistani physician was also present during the medical check-ups conducted by the Turkish medics. He was assigned as the supervisor of the camp by the Government of Pakistan. He was trying to understand whether the doctors from Turkey were competent enough, so he was watching them from a distance. A patient approached and explained his medical condition to the Turkish physician. The Pakistani doctor was standing near me; he uttered the name of a medicine almost to a whisper that only I could hear it. When the doctor from Turkey prescribed the patient with the same medicine, the Pakistani doctor approached the delegation and started to take care of the patients himself as well. There were very serious cases of snake and scorpion bites in that region. Second: We were conducting health screening of the flood victims in the warehouses of the Pak Steel Mills. An unconscious child was brought in. The doctor said to the child’s father, “This child must be taken to the hospital immediately or he may die from severe pneumonia!” The child’s mother was weeping and the father was saying, “I have no money! What will I do there? It is the will of Allah; I am not able to do anything!” A Dow University physician said, “Brother, all treatments are free. Now we will take your child to the state hospital by ambulance.” We had a hard time convincing the father. More than ten years later, I still say to myself, “I wish we had given that child’s father the money he would need in the hospital,” and I vent my deep regret.

After the health screenings at Thatta and the Pak Steel Mills, we went to Dadu, one of the hardest-hit cities. We had personally contacted the governor of Dadu and had the necessary meetings in advance. We had our dinner in the meeting room of the Governor’s Office. The next day, the Turkish doctors conducted medical check-ups in a health centre in Dadu. During the 4-day medical check-ups there, I worked as an interpreter to a paediatrician. After a while, I even started to prescribe for the patients, “He or she wants such and such a pill or such a syrup!” 😊 Of course, the doctor kept on conducting the same medical examination routine for every patient. It had taken us eight hours by bus to reach Dadu from Karachi. On the last day, Dadu District Director for Agriculture hosted the Turkish doctors at his official residence for dinner. Dadu Governor M. Iqbal Memon also attended the dinner. After the dinner, local male dancers of Sindh performed the ‘cobra dance’ in the tent set up in the lawn of the residence.

I sweated a lot for the Skype connection

On the last day, we visited the Dow University and several hospitals. At the Dow University of Health Sciences, we as the members of the delegation were presented plaques to commemorate our visit. Before the hospital tour, we had attended to a press conference at the Karachi Press Club and I had given an Urdu interview to the Radio Pakistan. The dinners were hosted by our businessman acquaintances in Karachi.

After about two months, it was said that a meeting would be held in Samsun to assess the efficiency and the repercussions of the medical check-up tour. I was requested to deliver a speech during the program along with the businessman who had hosted the doctors in Thatta and held a dinner in their honour. There were no smartphones back then. The most convenient way was to establish a Skype connection with the in-person meeting in Turkey. I went to the businessman’s house, but the Internet was not working properly there either. I sweated hard in his kitchen until I managed to install Skype on his computer and establish a connection. Finally, the businessman spoke to the hall on video and I interpreted his speech. It has been a pleasure to write about it today as a sweet memory ten years later.