Suicide attack on mosque in Peshawar: 56 dead, over 190 injured 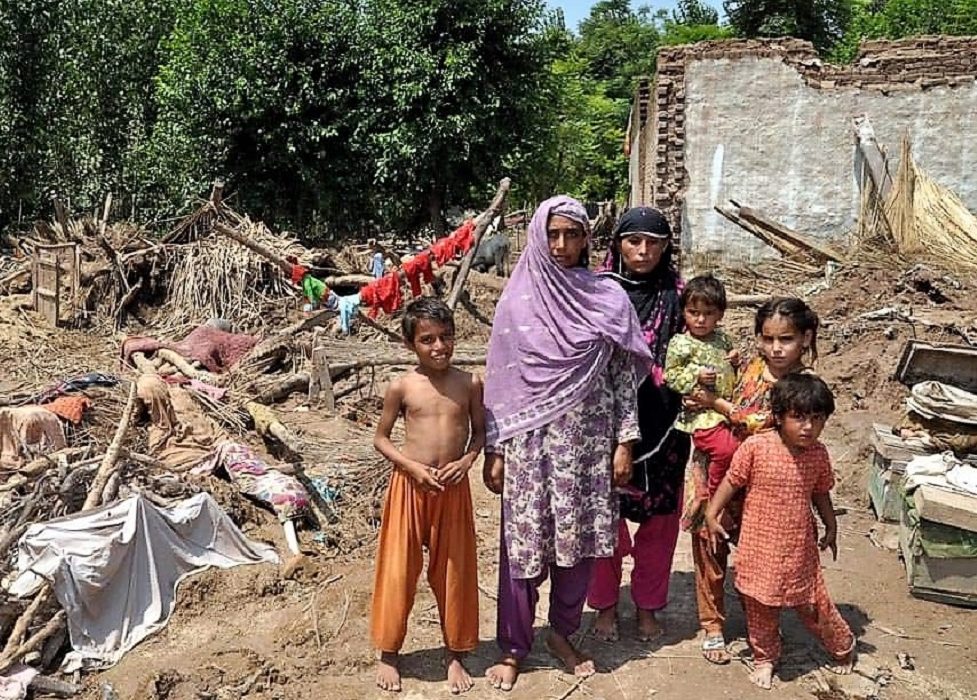 Educationist Taner Koçyiğit continues to narrate the relief activities initiated by the PakTurk Schools after the flood disaster in 2010. In this section, Koçyiğit wrote about the relief materials hauled to remote and inaccessible villages, and the role played by the village chief in organizing the relief distribution.

We were on our way to Khojawalla village on the recommendation of someone we had met at the Governor’s Office. We were all very excited because we had no idea what the condition of the flood survivors had been. Thinking how we could assemble flood survivors and distribute the relief materials without chaos, we arrived at the village. It turns out the person who had told us “You can go to such-and-such village!” had informed the landlord of the village. He had already gathered thousands of people in the village square. The first thing that caught our attention was a group of 8 or 10 people standing in the middle of the crowd, because they warmly greeted us with a “Welcome!” and offering us glasses of milk with Sprite (fizzy drink), they said, “This is a drink we prepare for our special guests!”

We were very surprised, because that man turned out to be the landlord of the village and everyone listened to what he said. When we said, “Let’s start distributing the materials,” the man and his sons immediately made an organization. If the village chief clapped his hand, everyone would sit down, and if he clapped again, everyone would stand up. Even while we distributed relief materials with the soldiers, we were quite surprised as we had not witnessed such an order earlier.

The school building had collapsed, students learnt in open-air

Despite a few problems at the beginning of the distribution caused by our inexperience, the relief materials we had brought were distributed swiftly. Of course, needs never ended. We had to visit the disaster zone more frequently to meet the needs. Every time we visited the flood area, we became aware of other needs and we had to leave each time promising to “bring the other things next time”. The school building in this village had collapsed and schoolchildren with were taught by a devoted teacher in open-air classes under trees. Students had wooden tea-tray-sized tablets and only one page to write on. First, they smeared those wooden tablets with mud and once the mud dried, they wrote on them with thin bamboo styluses. On the way home in the evening, they washed their muddy tablets and prepared them as clean for the next day.

We witnessed these and thousands of similar scenes that hurt us in those deprived villages. On top of such deprivation, people’s adobe houses – where they could have a roof over their heads and shelter themselves against bugs and vermin at night – had also been ruined. Whatever we handed to those survivors, we used to say to one another, “This is just what they have needed!” We said so because they had nothing left. Since all village houses were made of adobe, they had been washed away by the flood and only the mansion of the village chief and the guesthouse in the village square remained standing.

Villages in need of even a sip of water

The magnitude of the flood disaster became more evident every time we visited the villages. The local people, who had always been poor, lost their precious cattle and herds, their one-room adobe houses where they had a roof over their heads, and all their belongings along with the crops on the fields. Despite having been used to live on minimal resources and poverty, the village people lost everything they had and needed even a sip of water to drink. That’s why the relief we endeavoured to deliver was so crucial. Relief materials continued arriving from Turkey and elsewhere in the world, but the lack of coordination in distribution caused the villagers on main arteries to receive more aid. Small villages that could be reached from the side roads received less relief. That’s why we continued cooperating with the village chiefs to define the locations not accessed, as much as possible, and presented them some gifts even though they did not need them. Curious, even the local governments could not organize what those village chiefs did.

They added ‘PakTurk’ to the name of their village

After meeting the needs of the residents of Khojawalla village even partially in the first visit, we had brought the much-needed items in large quantity in the second relief convoy. During our third visit, a great surprise awaited us. Hundreds of people had grouped at the entrance of the village, waving Turkish flags they had prepared by their own means. They also changed the name of their village to PakTurk Khojawalla and announced this with a signboard they had placed at the entrance of the village. This time, the village chief had called flood survivors in need of urgent relief from nearby villages and had them wait in scorching sun hours before. When we arrived, people had been sitting in the sun for about two hours and had not even leave the queue to meet their needs, fearing they might lose their turn.

So, what was all that trouble for? 2 kilos of flour, 2 kilos of cooking oil, 1.5 litres of potable water and 1 litre of milk. We had also brought some of the school’s needs during that visit. In our previous visit, a student had asked Mr. Okay, one of our teacher colleagues, “Do you have a pen?” and we had none back then. This time, having brought many pencils and pens, we especially sought that student and handed him his stationery.