English Teacher Gönül Barış (1): I had difficulties in the first years, but I still choose Pakistan to live 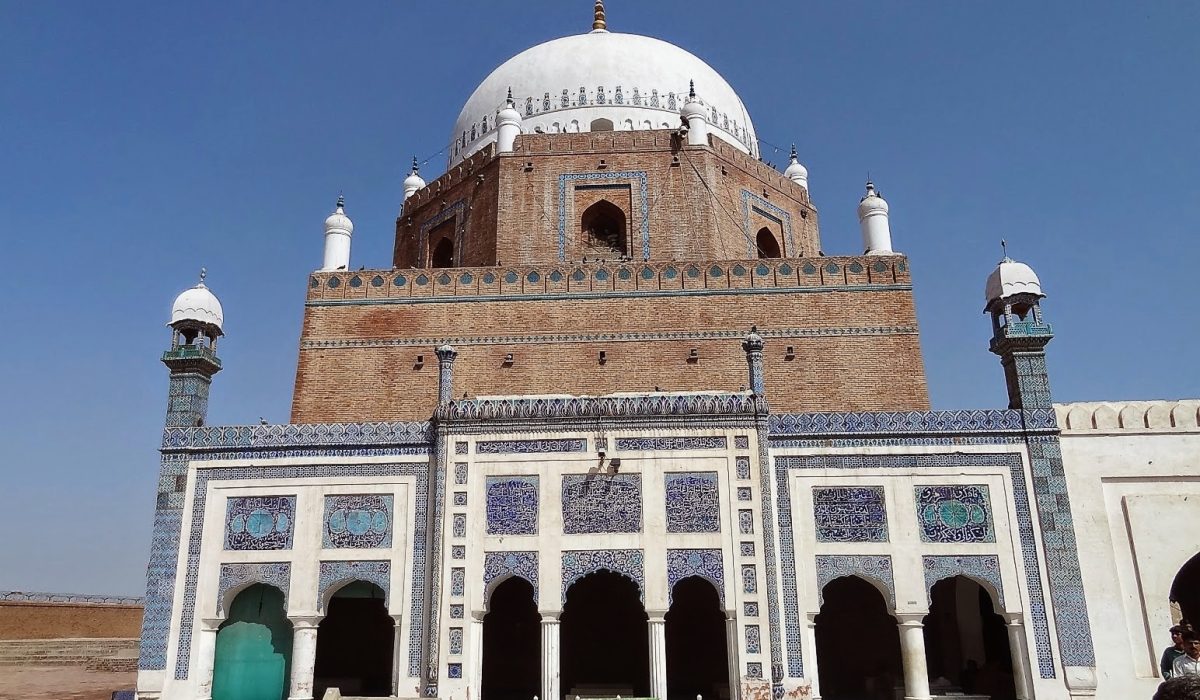 Researcher Doğan Yücel wrote a portrayal of Bahauddin Zakariyya, Multan’s the most prominent saint and a descendant of the Holy Prophet Muhammad (peace and blessings be upon him). Yücel explained how Bahauddin Zakariyya, who lived in 6th and 7th centuries AH, is revered today.

Bahauddin Zakariyya (بہاءُ الدین زکریا), also known as Baha-ul-Haq and Bahauddin Zakariyya Multani, is a Sunni Muslim scholar, saint and poet. He was born on December 21, 1183 (578 AH) on a Friday night, which coincided with the 27th day of Ramadan, in the town of Kot Kehror. This town is today known as Karor Lal Esan near the ancient city of Multan in the southern part of Pakistan’s Punjab province. His grandfather, Makhdoom Kamal-ud-Din Ali Shah Qureshi, settled in Multan on his way from Makkah to Khwarazm during the reign of Khusrau Malik Ghaznavi. Bahauddin Zakariyya is a direct descendant of the Holy Prophet Muhammad (peace and blessings be upon him) from the lineage of Hashim Asad ibn Hashim.

He became one of the most prominent scholars of his time in the South Asian branch of the Suhrawardiyya Sufi school of thought which originated in Baghdad. His predecessor was Abu’l Fath Shahab ud-Din Suhrawardi. Among his successors are Lal Shahbaz Qalandar, Fakhr-ud-Din Iraqi, Mevlana Jalaluddin Muhammad Rumi and Jalaluddin Surkh Bukhari. The famous Kurdish-Persian Sufi and scholar Shahab-ud-Din Abu Hafs Umar Suhrawardi from Baghdad conferred Bahauddin Zakariyya the title of spiritual caliph in Baghdad and then commissioned him to the Multan region. Over the course of 15 years, large numbers of indigenous Hindu communities converted to Islam in Southern Punjab during his travels to different cities. He finally settled in Multan in 1222. So much so that, over time, Multan began to be known as the “Baghdad of the Orient”. In one of his Persian couplets, Bahauddin Zakariyya states this:

(Our Multan may be likened to lofty Paradise.

Bahauddin Zakariyya fiercely criticized the then-ruler of Multan, Nasir ud-Din Kabacha, and sided with the Delhi Mamluk Sultan Iltutmush, who overthrew Kabacha in 1228. As a gratitude for his support, Iltutmush gave Bahauddin Zakariyya the title of Sheikh-ul-Islam to supervise the spiritual matters of the state and placed the scholar under the official protection of the state.

Bahauddin Zakariyya was orphaned at a young age. He memorized the Qur’an at 12. He studied additional sciences in Bukhara and, after performing the Pilgrimage and visiting the Two Holy Mosques, he learned science in Jerusalem and went to Yemen for learning the hadith sciences. After the death of his father, he travelled to Khorasan on foot just for seeking knowledge. He studied at the Afaq madrasas in Balkh, Bukhara, Baghdad and Madinah. He lived in Madinah for 5 years and studied hadith. He studied Islamic and positive sciences for 15 years in the famous madrasahs and universities of that era.

The ‘Four Righteous Friends of Allah’ for the South Asian Muslims

After Yemen, Bahauddin Zakariyya lived in Makkah for a while before going to Jerusalem where he visited the tombs of the prophets there. During that period, he not only engaged in positive sciences, but also learned esoteric sciences from prominent religious scholars. His yet another feature is his full control over the seven recitations of the Qur’an. Thus, he studied sciences in Khorasan, Bukhara, Yemen, Madinah, Makkah, Aleppo, Damascus, Baghdad, Basra, Palestine and Mosul.

Throughout his life, Bahauddin Zakariyya was friends with Lal Shahbaz Qalandar, the famous Sufi scholar from Sindh who founded the Qalandariyya wandering dervishes Sufi school of thought. As Sheikh-ul-Islam, he calmed conservative Muslims disturbed by some of Lal Qalandar’s ideas. Bahauddin Zakariyya, along with his disciple Sayyid Jalaluddin Bukhari, Lal Shahbaz Qalandar and Baba Fariduddin Ganj Shakar of the Chishti Sufi school of thought have been called the legendary ‘Haq Chaar Yaar (The Four Righteous Friends of Allah)’ who are highly respected by the Muslims in South Asia.

They abolished the tradition of bowing to religious leaders

With the efforts of this Sufi school, Islam spread widely in the Punjab and Sindh with numerous converts from Hinduism and local religions. While it continued to exert a strong influence on the people of Southern Punjab over the next few centuries, the Suhrawardiyya Sufi school eventually spread further east into parts of North India, particularly Gujarat and Bengal.

The tomb continues to be the region’s centre of attraction

Bahauddin Zakariyya died in 1262 (7 Safar 661 AH). His tomb is placed on an octagon square in a shrine with a hemispherical dome. The mausoleum was almost destroyed by the British during the Siege of Multan in 1848, but was soon restored by the Muslims of the city. Eight centuries after his demise, Bahauddin Zakariyya’s tomb continues to be a special place of visit in the visit. His shrine, known as Mazar-e Sharif, is an architectural masterpiece built by Qila Muhammad ibn Qasim. Scholars deliver sermons on Bahauddin Zakariyya’s ‘urs’ (annual commemoration programs), which means ‘union with the Beloved’. Many visitors from different parts of Pakistan and abroad visit the shrine.

Ghanta Ghar, where the British administration established their offices, was built in 1884 on the slopes of the hill where the mausoleum of Bahauddin Zakariyya is located. Its construction took 4 years. It was given this name because of the clock tower in the middle of the building. Ghanta Ghar means ‘Timepiece House’. On the same hill is also the tomb of Hamid Ali Khan, another prominent Sufi saint. You can go up the hill by passing through an ostentatious castle gate. Some of the castle walls are still standing.

I heard that the tomb was last restored in 2012 and 2017. When you pass through the castle gate, on the left, the shrine of Bahauddin Zakariyya welcomes the visitors. There is a viewing balcony and a pigeon feeding area at the entrance of the tomb.

His name given to a university in the city

Within a diameter of several hundred kilometres around this hill where the tomb is located, there is no other elevation. On clear days, you can watch the wonderful scenery from the viewing balcony. You enter the tomb without shoes right from the gate. The adherents do not even allow the using plastic covers on shoes, thinking it would be disrespectful to enter the shrine with shoes.

Almost every time we went to Multan-e Sharif, we would visit the tomb on a small hill and recite the Fatiha. Friends in Multan used to visit the tomb with their students or with their families regularly. In addition, they would certainly take the guests visiting Multan to there. The state university in the city is named after Bahauddin Zakariyya.