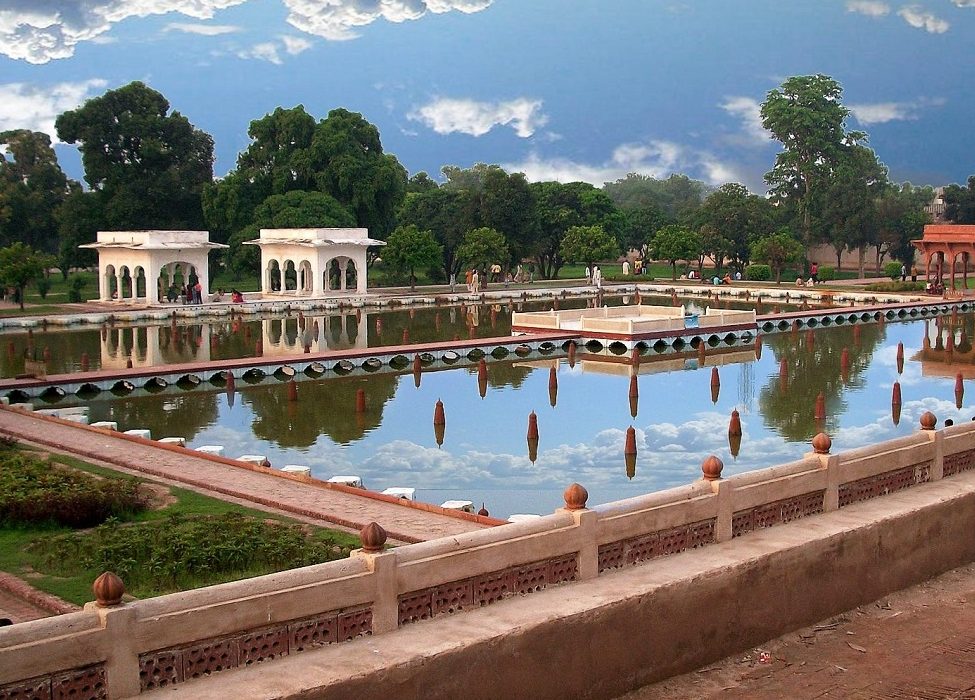 Researcher and educationist Doğan Yücel wrote about the 400-year-old Shalimar Gardens, known as the ‘paradise corners’ of Lahore. Yücel explained the history of the gardens, their architectural features and what they mean for Pakistan.

Shalimar Gardens is a historic garden complex in Lahore, Pakistan. The gardens date to the period when the Mughal Empire was at its peak artistically and aesthetically. Today they are considered one of the most popular tourist destinations in Pakistan. Besides the Shalimar Gardens, the Mughal Empire had gardens in Srinagar known as Nishat Bagh and Chasm-e-Shahi, in Sheikhupura as Hiran Minar and several other locations in the Subcontinent. They were built to benefit from the cool water in the region, where the summers are humid and hot. They can be deemed akin to today’s parks with swimming pools.

Shalimar Gardens are designed as the “Persian Garden of Eden” to represent an earthly utopia where all the elements of nature and humanity live in perfect harmony. Construction of the gardens began in 1641 during the reign of Emperor Shah Jahan and was completed in 1642. Shalimar Gardens was registered as a UNESCO World Heritage Site in 1981 as they represent the Mughal Garden Design architecture at its zenith. We would take guest groups to visit this garden in Lahore. The place where the gardens are located was far from the district where we lived.

Where does the name of the garden come from?

According to narrations, palace dignitaries told the Sikh Emperor Maharaja Ranjit Singh that ‘shala’ was a Turkish word meaning pleasure, and ‘mar’ meant a place to live. However, Ranjit Singh named the garden “Shehla Bagh”. ‘Shehla’ means ‘sweetie’ in Persian, besides meanings denoting dark grey or blue-eyed or red-shaded. “Shehla Bagh” also carries meanings like bond of love or garden of love. The courtiers praised the Maharaja for choosing such beautiful names for Lahore’s famous gardens. It was later ordered the gardens to be named and officially written by that name. Today, they are known as the ‘Shalimar Gardens’. In Turkish, ‘şalamar’ means dream fairy. In this respect, meanings such as ‘houri garden, harem, garden of paradise’ are also denoted.

İlhan İrem, a last period poet, has a poem called Şalamar. The first stanza of this poem reads:

My nails traced the pure-white silk

It flowed between my fingers

The magicians’ wobbly dance was on

Wherever I took to the air

Towards there was flying Şalamar

The land and the construction

Shalimar Gardens are next to the Grand Trunk Road, about five kilometres east of Lahore’s Fortress Delhi gate. Shalimar Gardens in Lahore was built by the Mughal Dynasty mainly to receive guests, although most gardens were open to the public. The design of the gardens was inspired by the ancient gardens in Kashmir built by Shah Jahan’s father, Jahangir Shah. Unlike the gardens in Kashmir, which relied on natural sloping terrain, the land in Lahore is flat so the waterworks required extensive engineering to build artificial waterfalls and terraces.

Shalimar Gardens were designed as a Persian-style Charbagh ‘Garden of Paradise’, a microcosm of an earthly dream. Although the word ‘bagh’ is simply translated as ‘garden’, it also represents the harmony between man and nature. It symbolizes a verse connection between the heaven and the earth. All elements of nature, including the sun, moon and air, find their place in the garden. Shah Jahan’s chronicler, Mohammad Salih Kamboh, noted that the Kashmir gardens in Srinagar inspired the architecture of the Shalimar Gardens in Lahore, and a wide variety of trees and flowers were grown in the gardens.

A stable water supply to the structure was established. The project was managed by Khalilullah Khan, one noble in Shah Jahan’s palace, in collaboration with Mullah Ala ul Mulook Tuni. Ali Mardan Khan undertook most of the construction duties and had a 150 km long canal built from the peripheries of Kashmir to bring water to the structure.

The plot of the Shalimar Gardens originally belonged to the Arain Mian Baghbanpura family. Mian Muhammad Yusuf, the head of this family, transferred the plot of Ishaq Pura to Emperor Shah Jahan for the gardens to be built. In response, Shah Jahan conferred the Arain Mian family the administration of the Shalimar Gardens, and the gardens remained under their supervision for over 350 years.

Construction of the gardens began on June 12, 1641 and was completed in 18 months. During the Sikh reign, most of the garden’s marble was looted and used to decorate the Golden Temple and Ram Bagh Palace near Amritsar. The priceless agate gate of the gardens was seized and sold by Lehna Singh Majithia. In 1806, the Maharaja ordered the Shalimar Gardens to be repaired. In 1962, General Ayub Khan ordered the transference of the management of the gardens from the Arain Mian family, as they opposed the martial law in Pakistan. The annual Mela Charaghan Festival was held in these gardens until it was banned by General Ayub Khan in 1958.

The Mughal Gardens were based on the Timurid gardens built in Central Asia and Persia between the 14th and 16th centuries. A high brick wall, richly decorated with fine carvings, was the first step in building a charbagh (Garden of Paradise). Shalimar Gardens are shaped in a rectangle running along the north-south axis, measuring 658×258 meters and covering an area of 16 hectares. The level of each terrace is 4-5 meters higher than the previous level.

Shalimar Gardens in Lahore are the most water-worked of all Mughal palace gardens. They contain 410 fountains and 5 water waterfalls, each pouring into large marble pools known as basins.