Teacher Hilal: We bore all hardships for the sake of a sublime meaning 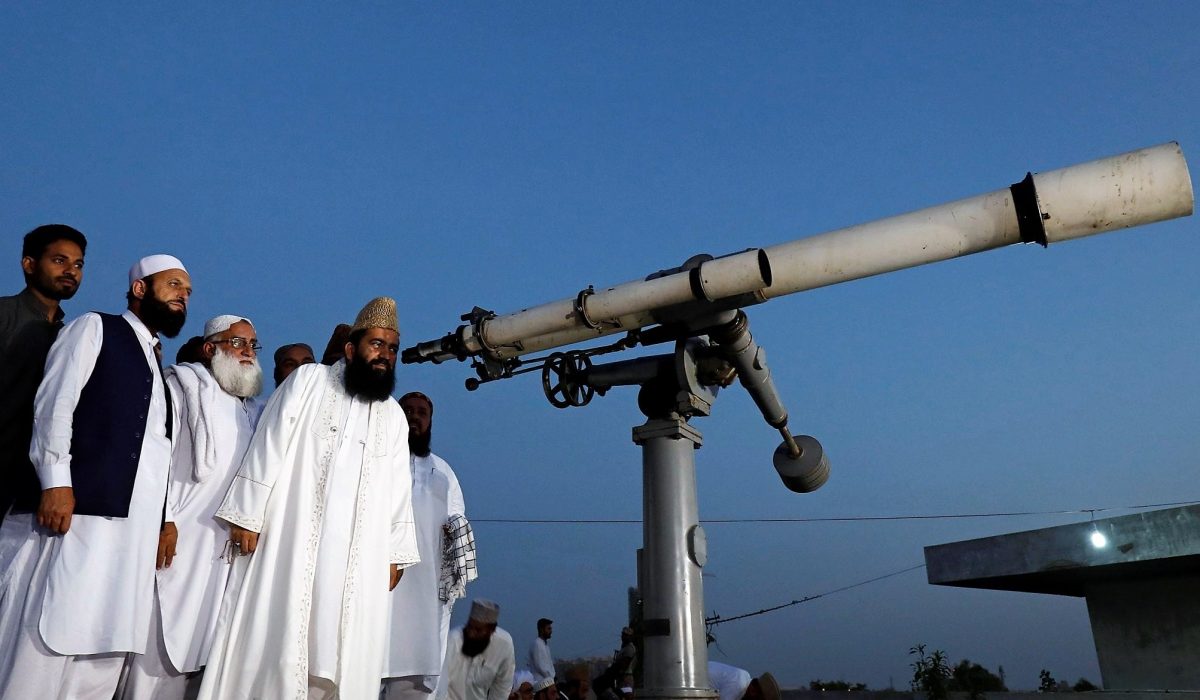 Educationist Sadık Pakdil wrote about the Ramadan preparations, forms of worship and iftar-sahoor traditions in Pakistan, where he worked for many years.

For the people of Pakistan, Ramadan is both a month when religious obligations are performed more sincerely and a period when the exquisite culture of charity and hospitality peculiar to the country is observed everywhere. With the start of the month of Ramadan, people start behaving much concerned, mosques fill up, and those who cannot devote enough time to worship in other months seek to benefit from the prosperity and abundance of this holy month.

The people of Pakistan set out to watch the sky after the evening prayer in order to see the crescent that heralds the arrival of the month of Ramadan. However, the press conference of the Ruet-e-Hilal Committee in Karachi, which is mostly broadcast live after the night prayer to declare whether the Ramadan crescent has been witnessed or not, is a unique excitement. Especially in the last two years, initiatives have been taken in order to prevent different Muslim denominations living in the country from starting fasting on different days and celebrating the Eid on different days which has happened for many years. Ministry of Science and Technology states that astronomical calculations and meteorology balloons will be used to determine whether the month of Ramadan has arrived and that the statements of the Ruet-e-Hilal Committee will also be taken into account.

Although the Gregorian calendar is also followed in the country, the Ruet-e Hilal Committee, a state institution comprised of Muslim scholars from different denominations in accordance with the Pakistan Constitution, periodically announces the beginning of the blessed months such as Muharram, Rabi-ul Awwal, Ramadan, Shawwal, and Zil Hajj.

Mosques in Pakistan will be open during the tarawih prayers within the framework of strict measures in Ramadan, the Sultan of the Months, during which even the measures implemented for preventing the spread of the Covid-19 in the last two years could not slow down. Under any circumstances, no concessions are made from two distinctive and indispensable features of Ramadan in Pakistan: Offering the tarawih prayers in a manner to complete the recitation of the entire Holy Qur’an at least once during Ramadan and going into a 10-day seclusion for solemn worship during the last 10 days of Ramadan for ‘itiqaf’ at some masjids. However, the increasing number of Covid-19 cases also point to the likelihood of sudden changes in these practices.

In this holy month, when people of Pakistan generally greet and felicitate one another by saying “Ramadan Mubarak” and those who are familiar with Arabic add the phrase “Ramadan Kareem”, midnight meals and fast-breaking dinners continue with both traditional tastes and practices where benevolence is at its peak.

Government offices and banks open at 8:00 or 8:30 in the morning and close at 2:30 or 3:00 in the afternoon. Markets and shops around the corner are also opened late; a prayer and fast-breaking recess is taken after the maghrib prayer. The maghrib prayer is performed almost immediately after breaking the fast. After the prayer, people continue to eat a little more. Within 15 or 20 minutes after the adhan for the isha prayer, the fardh of the isha prayer is offered and the 20-rak’ah tarawih prayer starts. After the tarawih, the shops remain open until 11:00 PM and later. Some people have a light meal after the tarawih prayer.

All restaurants and other food courts remain closed during daytime in Ramadan. Although it is stated that eating outside is not prohibited according to the law, people avoid eating outside to avoid criticism and hefty reaction within the frame of showing respect for Ramadan.

Be they friends or strangers, all are welcome for breaking fast

What Turks call as ‘oruç’ (fasting) is ‘roza’ in Pakistan. While the people in Turkey wake up for ‘sahur’ (midnight meal), the people in Pakistan wake up for ‘sehri’. When the call to the maghrib prayer in Pakistan is sounded along with warming sirens from the minarets, it is ‘iftari’ (fast-breaking) time. In Pakistan, people break their fast with ‘kajoor’ (dates)’ or ‘namak (salt)’. Later, they eat deep fried fritters like ‘samosa’ and ‘pakora‘, and drink skanjabeen (sweet-and-salty lemonade) and rose-flavoured sherbets like ‘Rooh Afza’ or ‘Jam-e-Shireen’. In some places, people also put basil seeds into their sherbets for easing digestion. Especially during the months of summer, ice wrapped under thick sackcloth is sold in front of the shops. Families who do not have refrigerators in their homes or shopkeepers who urgently need ice purchase ice from the vendors.

While the meals are shared with the neighbours, fast-breaking (iftar) dinners are also held both in front of shops and in mosques for those who are on the streets or in need. Everyone, whether friends or strangers, is invited. Iftars served in mosques last for 10 or 15 minutes, before the prayer begins.

Waking up for ‘sehri’ with the sound of ‘dhol’

When Ramadan overlaps with the warm summer months, people’s nervousness coefficient inevitably increase. Especially when it is close to the time of iftar, you may see people driving fast in the traffic; however, 10 to 15 minutes before iftar, the streets and main streets turn calmer.

The holy month of Ramadan provides us the means and the milieu of benefiting from the material and spiritual bounties of Almighty Allah. When Ramadan overlaps with the summer months, tarawih prayers finish around 10:30 PM or 11:00 PM and people may go to sleep for two or three hours until the sehri. Meanwhile, people who sleep around 12:00 AM must wake up around 2:00 AM so that they can have their sehri around 3:00 AM or 4:00 AM before the time for the fajr (morning) prayer comes. Of course, just like in Turkey, in Pakistan too are Ramadan drummers who wake people up for the sehri. A slight difference though: Pakistani drummers beat on their long-shaped drums named ‘dhol’ and recite praises to the Holy Prophet (peace and blessings be upon him) in accompaniment with the harmonium, a mobile keyboard with bellows.