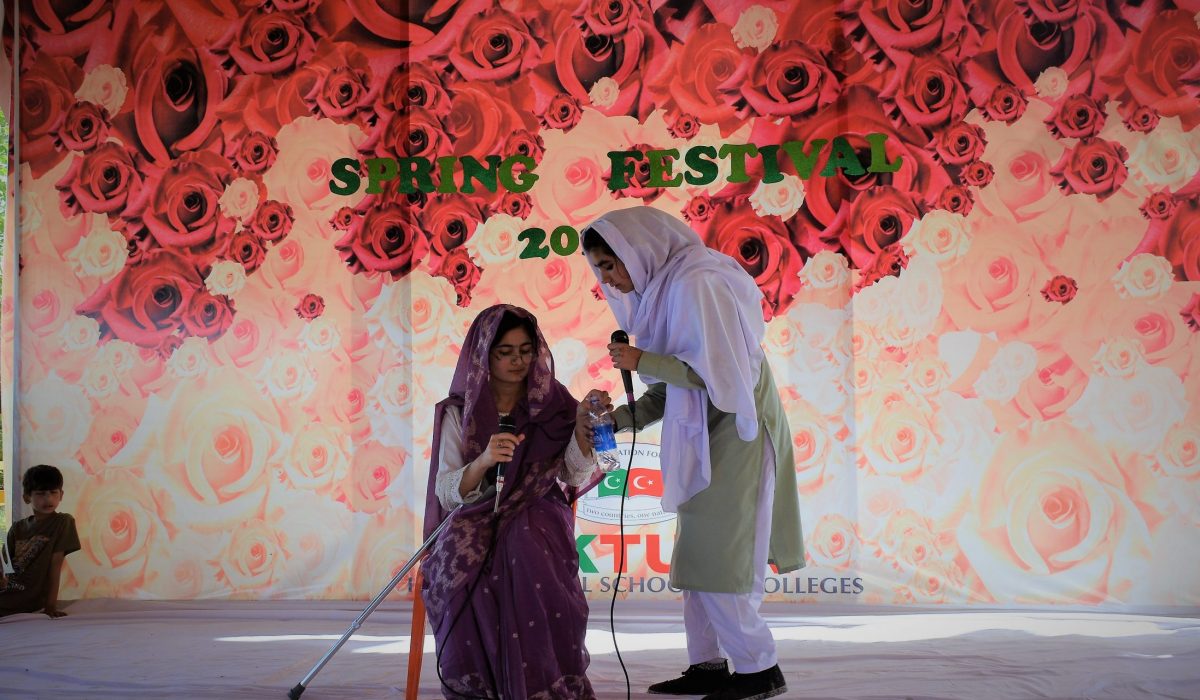 Researcher Doğan Yücel wrote about the relations of Turkish teachers with a bunch people in Pakistan who knew Turkish. Yucel also explained how, with the impact of the activities and the PakTurk Schools, the number of Turkish learners increased over time.

Since its founding, Pakistan is known as a friendly and brotherly country with Turkey; however, it is also a country where the citizens of the Republic of Turkey are few in number. Pakistanis would tell us they loved Turkey and the Turks. Meanwhile, only a few in Turkey knows Urdu and only a few in Pakistan knows Turkish in proper sense.

While in Pakistan, we used to know most of the Pakistanis who had studied in Turkey or the Turks who had married with Pakistani nationals, and also the Pakistanis who could speak Turkish. These people usually lived in Lahore, Karachi, and Islamabad. No matter from which the school of thought they were, they were very important for us on the common denominator of ‘hailing from Turkey’. That was because finding someone who spoke Turkish was like ‘encountering a water well in a desert’ for us. These people would remedy our longing for Turkey in Pakistan. We too would ease their loneliness away from their homeland. We had an aunt who lived in Cavalry Ground, Lahore. She had married a Pakistani gentleman and had not visited Turkey for 30 years by then. Her daughters and sons knew enough Turkish and Persian to express themselves. They lived close to our residence. She used to narrate to us how she had met her husband, how she waited for him for four years as betrothed.

Some had not spoken Turkish for years

We had an elder sister who had married to a Pakistani national after meeting him on board of an airliner. There were other Turkish ladies who had married Pakistani nationals after meeting them in Turkey and England. On days of significance, our spouses would meet and chat with these homemakers. During those days, they would also ease their longing for chatting in Turkish and sampling the Turkish foods. In those days, the Internet was not so widespread then, and calling Turkey was substantially expensive. Some of their relatives and acquaintances in Turkey had already died. They had only a few acquaintances and relatives in Turkey. They used to request us to tutor their children or spouses in Turkish, and we would facilitate them. Those who had not seen any Turkish national or spoken Turkish for many years would be elated by such initiatives. In that way, they would have the opportunity to reminisce the cherished days of the past. No matter how much their Turkish was distorted, we would try our best to converse with them in Turkish. No matter to which school of thought those people belonged or for which reason they were in Pakistan, they would convene on occasions we used to organize. We would facilitate them in slaughtering their sacrificial animals on the Eid al-Adha. Those who were available used to visit us on the Eid mornings and we would jointly taste the Turkish baklava and sip the Turkish coffee.

Secondly, there were Pakistanis who knew Turkish. We used to visit them at their homes whenever possible on holidays. Whenever we held any Turkish food festival at our school, we would invite them too. When a Turkish certificate program was launched in the University of the Punjab, we encouraged our students to attend to the program, even though we too taught Turkish at our own school. We endeavoured to show the interest and love for the Turkish and Turkey in life.

There were Pakistanis who had their higher education in Turkey through the RCD (Regional Cooperation for Development) scholarship. Mr. Khalid, a former bureaucrat, late Mr. Hassan, a businessman, Prof. Dr. Yakup Mughul, a professor emeritus of history, and late Prof. Dr. Muhammad Sabir are among the first who come to our minds. Prof. Dr. Yakup Mughul and Prof. Dr. Muhammad Sabir had shared their research work with us as well. As far as we knew, there were 20 to 25 Turkish-speaking Pakistani nationals in Lahore. Possibly, if our students were not counted, most of the Turkish-speaking people in Pakistan resided in Lahore. We would invite them to iftars and dinners we held at our homes and schools. There were some academics and businessmen in Karachi and Hyderabad. We would organize programs to bring them together in each city. We would gift them souvenirs like the Turkish delight and sweetmeats we brought from Turkey. We would also volunteer to connect them with the academics who used to come from Turkey and elsewhere. We would do all these activities voluntarily and cover the costs personally.

Relations with Turkmens and Uzbeks

Thirdly, we would also meet Turkmens and Uzbeks. We used to distribute sacrificial meat packets especially to the Turkmens accommodated in the Afghan refugee camps in Karachi. After the devastating floods, some doctors came from Turkey to Pakistan. One day, we also ran a free health screening program at the refugee camp with the doctors. We used to organize scholarship exams for their children who could study at our schools. Some Uzbeks used to work as street vendors in Karachi. There were also those who dealt in dry fruits and bakery business in al-Asif. When we wished to buy tandoori bread or Uzbek pilaf, we would visit their shops. There are Turkmens in Lahore; most of them deal in weaving and marketing handmade carpets. Those with good financial means would send their children to our school, and we would also test other Uzbek students with limited means for scholarship. Sometimes we visited their workplaces and drank ‘sabz’ (green) tea. At times, they would cook and offer us Turkmen pilaf as a treat or when we wished to eat some. We would try to help our kinsfolk within the framework of the law as much as we could.

When we opened our schools, Pakistan was a country where Turkish-speaking Pakistani nationals were thin on the ground. As time progressed, many Pakistanis who attended to the Turkish higher education institutions, participated in the International Turkish Olympiad, attended to our schools, stayed in our dormitories or attended to our Turkish language courses learned our language. Meanwhile, a considerable number of our Turkish colleagues learned Urdu as well. In this way, very important contributions were made to the cultural and social relations between the two countries.