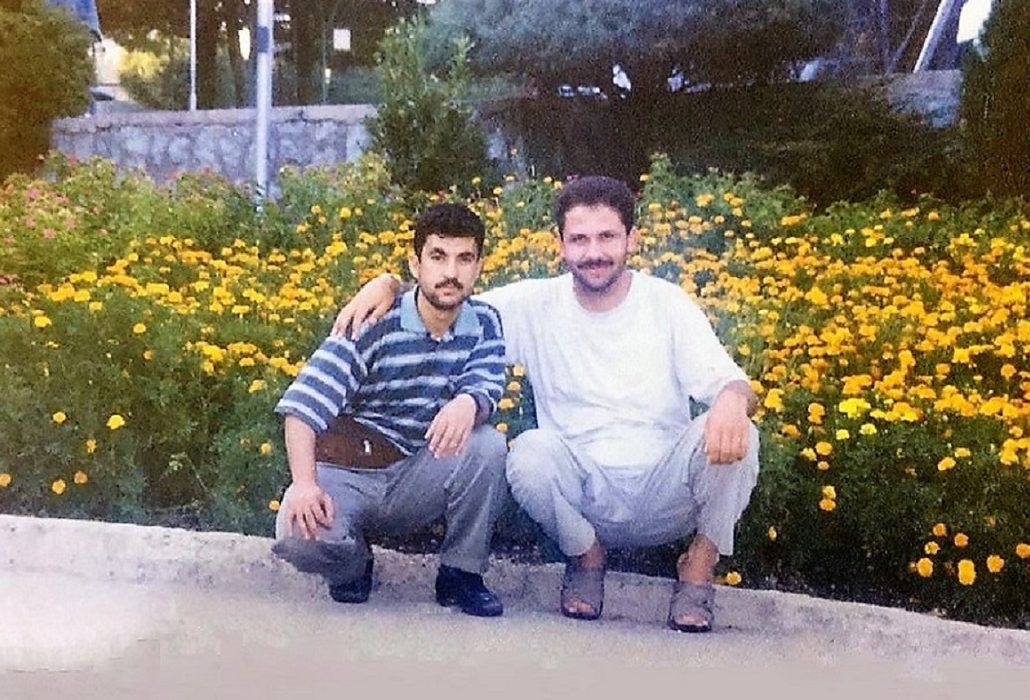 Educationist Sadullah Bayazit wrote about the “emigration ” of Abdülgani Gülmez, who he met in Turkey in the 1990s while he was preparing for leaving for Pakistan and, in a sense, became his “friend in destiny”. In the first part, Bayazit wrote how Gülmez considered Pakistan as a destination.

After completing my high school education at the Imam-Hatip High School, I could not score adequate points in the university selection and placement exam to be placed in a degree program. In addition to doing different jobs for three years after the high school, I also tried to prepare for the University Selection and Placement Exam. Although I tried to manage both of work and study together, somehow, I could not succeed in the university exam. In those years, being an Imam-Hatip High School graduate worked in some places only. No matter if we obtained high scores in the university or other entrance exams, many doors were closed to us, the Imam-Hatip graduates.

I learned from a friend of mine about the International Islamic University in Islamabad, Pakistan and that I might take admission there. I immediately started preparations. I completed the paperwork such as getting my passport, getting my high school marks transcript, translation of the required documents by a sworn translator and the notarization process in a short time. I filled out the required form and handed it over to the Pakistani Embassy in Ankara and so completed my application. Meanwhile, I also noticed some others had applied for the same institution. Among those people was a friend, Abdülgani [al-Ghani is a Divine Name of Allah which means The Self-Sufficient or The Wealthy, so his name meant a rich-at-heart servant of the One Who is Self-Sufficient] an Imam-Hatip High School graduate from Gaziantep, who shared the same fate with me.

Let’s hear from his own account how his quest for Pakistan had started and continued:

It was July 1994. I had just graduated from the high school. A group of friends invited me to a one-week trip to Istanbul. When I got the necessary permissions from home, I accepted my friends’ invitation. The trip also included a book reading retreat. Our trip started with a bus ride from Gaziantep. I think we were about 10 friends in total. The leader of the group was an elder brother who was a university student. We reached Istanbul after 16 hours. As far as I remember, we settled in a dormitory either in Üsküdar or in Kadıköy. During the first half of the day, we read books or listened to the conversation of an elderly guest speaker. During the other half, we toured Istanbul (mosques, museums and other touristic places) to the best of our time and occasion.

An elder brother studying in a university in Pakistan was the guest in one of those conversations. He told us about his knowledge and experiences about Pakistan, the activities there and the university where he studied. When I was in Class 8 at the Imam-Hatip High School, I had heard some things from my Arabic teacher about the university where that brother was studying in Pakistan. That’s why, I was listening to him more carefully. Our group leader and other friends must have noticed this as well; for a while after that conversation, they kept on teasing me, “You are sought as a tutor for Pakistan!”

We could not accept the proposal from Kazakhstan

Two years had passed since that trip. I had finished the high school and started working in a blanket maker. I was going to an exam prep and tutorial centre on the weekends to prepare for the university placement exams. I think it was December or January when my guidance counsellor called from the tutorial centre. He told me he wanted to talk to me about something and asked me to visit him at a convenient time. The next day, after getting an hour’s leave from my boss, I visited him in the afternoon. My guidance counsellor got to the point after asking about my health and wellbeing in a very polite and soft voice. He first asked me what I thought about the idea of studying abroad. I was no stranger to that idea. A year ago, I had been able to accept a proposal from Kazakhstan when my father refused due to financial and family reasons.

This time the situation was different. Because the university that my counsellor had mentioned was the one in Pakistan about which my friends had teased me a couple of years ago. Moreover, this proposal was bundled with a scholarship. It would be easier to convince my father. I asked my counsellor for a day’s permission to discuss the idea with my family and get their permission. That evening, I opened the subject to my parents. I intentionally highlighted the scholarship offer, the dormitory where I would stay, the group of my prospective friends, the private school there, and that the university offered a bilingual education, etc. My father already had an uncomfortable conscience for having refused the previous offer, thinking ‘he had obstructed my path to education’. This time, he did not say no at first and cut it off. “Let’s think about it!” he said.

I borrowed money from my counsellor for preparing my documents

My father said, “Let’s think,” but I noticed that he could not wait longer. He kept weighing the idea in his head throughout the night; sometimes his lips moved and occasionally he talked to himself. Maybe he was looking for answers to the questions in his mind. When I got up in the morning, before I asked the question, my father reopened the subject. He first wished to know what I exactly thought about it. I think he wanted to gauge my determination by putting forth some negative probabilities. I could sense this in his speech as he always talked about the difficulty of living abroad. He was a long-haul truck driver and although he did not live abroad for a long time, he was familiar with travelling abroad. When I was adamant and responded with a positive mindset to the challenges he mentioned, he finally accepted. I took a leave of absence from my workplace for an hour and immediately rushed to meet my counsellor.

I must have reflected it through my facial expressions and mood; when he saw me, my counsellor immediately realized that I had a positive decision. However, the ball had just started rolling, because he asked me to have my passport issued and other documents prepared within a week to be sent to Pakistan. When the translation and notarization expenses were considered, it was not possible for me to get that much money from my father within a week. During winters, my father’s business would not be so promising. Again, it would not be nice not to be able to go abroad because of financial difficulties.

I was embarrassed while I told this issue to my counsellor. He said, “I’ll loan you some money. You can pay me later,” and I managed overcome that obstacle. At that time, if I am not mistaken, I borrowed 500 Deutsche Marks from my counsellor. In that way, I managed to complete my documents and sent them to Pakistan together with the documents of four other friends. Our friend Sadullah, who would go with us from Kahramanmaraş, kept in touch with the officials in Pakistan on our behalf. It was then the time to wait for the ‘letter of acceptance’ from there. The quest for applying for a visa from the Embassy of Pakistan in Ankara would soon begin.