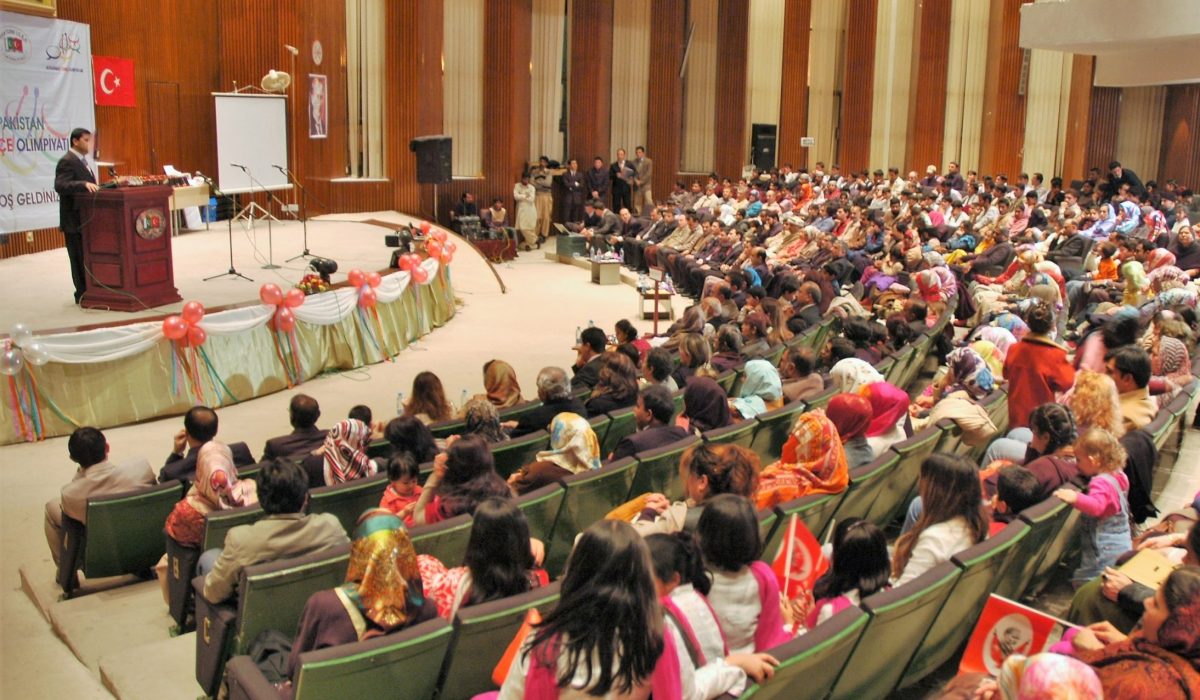 Fatih Çapar wrote about his 12 years in Pakistan, where he went to study at a university. In the second part of his memoir, he wrote about the success and unexpected loss of Sarmad, who competed in the song category for the International Turkish Language Olympiad.

As every year, mobilization for Turkish language competitions had started in 2007 too. We wished to have our students qualify with flying colours for the International Turkish Language Olympiad and achieve success in the galas held in Turkey. As the PakTurk Khairpur Mirs branch, we had very ambitious students in the song and grammar categories. First, the qualifiers would be held in a national round in Pakistan and then the winners would head for the international round in Turkey.

Sarmad, one of our grade 6 students, won in the elimination rounds held among our schools in Pakistan and qualified to participate in the national gala. He had a velvet voice. We had chosen the song ‘Gurbette Ömrüm Geçecek’ – a song about living a lifetime in a foreign land – for him. I think it is not an exaggeration, but whenever we saw Sarmad during those four or five months, we used to ask him to sing us the song and he would sing it without even a single protest. Normally, Pakistanis can hardly pronounce the Turkish “ö, ü, ı” sounds, but they were no longer tough for Sarmad to pronounce. Our friend Harun’s room had virtually transformed into a room for Turkish practice where the students preparing for the Olympiad frequented. We would also motivate the students in their practice sessions. Sarmad’s singing in the dorm had become routine.

Passengers on the train came to our compartment

When it was time, we set out for Islamabad as two mentors, a Turkish teacher and 5-6 students by train for the national qualifier. The journey took 24 hours, but at least 15 hours were spent in Turkish practice. Sarmad kept on singing and the other students studied Turkish grammar. Passengers on the train kept on coming to our compartment, trying to understand what we were doing. When we explained them the situation, they congratulated Sarmad and wished him and other students success.

Sarmad competed against Shees Syed, a student from Islamabad. They called him the (Ibrahim) Tatlıses of Pakistan. I don’t know why but we were all very excited. We wished Sarmad to win the first position in the national finals. He had studied a lot. He had taken admission in the school dormitory in the second semester of the academic year and had learnt Turkish very fast. When it was time, Sarmad took the stage and sang his song. He received much praises and applauds, but came second.

The teachers who came from different cities to Islamabad for the national gala congratulated Sarmad and urged him to participate in the Olympiad in the next year as well. They told him that he would come first with a little more effort and that he should not feel down and out. In that year, as PakTurk Khairpur Mirs, we sent two of our students to compete in the grammar category in the International Turkish Language Olympiad. They won the gold medal. We were immensely hopeful for the next year’s song contest. However, we learnt that Sarmad and one of his friends had gone for swimming during the summer vacation and both of them had been drowned…

In this respect, I once again commemorate Sarmad. May Allah bless his soul …

Part One: Khairpur Mirs’ heat and a dormitory as warm as a family home