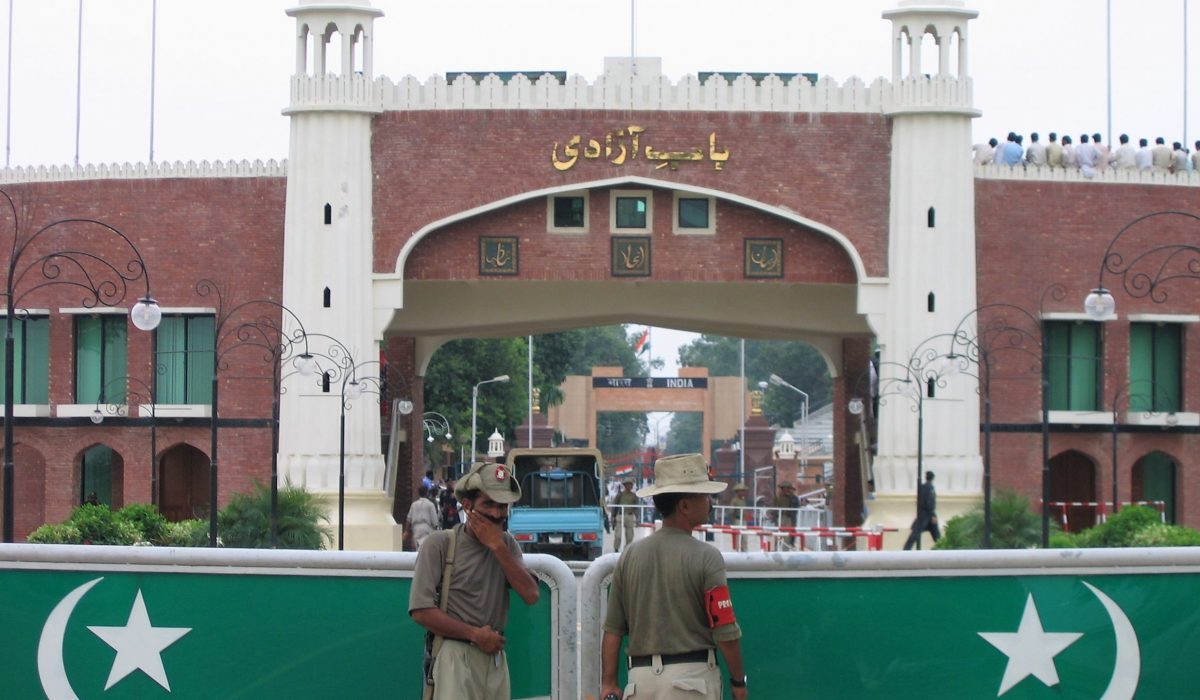 Doğan Yücel, who went to Pakistan to teach there soon after graduating from a university in Turkey, wrote about the interesting incidents he experienced in Lahore, his first place of work. He narrated how he learned the Pakistani culture and the Urdu language through “bitter” experiences.

When I first arrived in Lahore, the weather was extremely hot. I started teaching Turkish to the students between grade 3 and grade 8. In addition, once a week, I was teaching the grades 3 and 4 at the PakTurk Islampura branch. In the remaining periods, I gave physical education lessons. Since the house rented in the Defence Housing Authority was far, I and friends wished to move to a district closer to the school. The rent rates in Gulberg were a bit high, so we kept on searching for a house in a more inexpensive neighbourhood. We found a house in Makka Colony by the railroad track. It was within our budget, so we moved there. The monthly rent equalled about $225 and I started staying there with a Math teacher colleague and two university students. We also had a resident cook who both cleaned and cooked in the house in addition to preparing the lunches at the school.

I would like to share with you a mysterious incident that happened to me while moving houses. Since the weather is hot in Lahore, landlords usually live downstairs and rent the top floor. While we were setting the things upstairs in our new house, our Pakistani friend Ubaid ur-Rahman, who worked at our school and spoke fluent Turkish, called me and said, “A baba wants to see you.” In Pakistan, the word ‘baba‘ is not only used for ‘father’; it also means something like ‘dervish’. In Pakistan, ‘baba’s usually sleep in places such as cemeteries, parks and live on the food given by people. When such a person called me, I got curious and went downstairs.

A dervish who prayed to Allah for meeting a Turk

I and Ubaid-ur Rahman went to see the man. Of course, he was over 70 years old and was covered in dust all over. Despite the hot weather, he was wearing thick clothes like sackcloth. However, his face was very luminous. When Ubaid ur-Rahman kissed the dervish’s hand, I reluctantly kissed it too and asked the dervish, “Why did you call me?” He told me as interpreted by Ubaid ur-Rahman: “I was sitting in a teahouse last night. I watched on the television that the Turkish president refused to endorse the Turkish military intervention in Iraq. When I heard that news, I also remembered a hadith: ”Soon before the Doomsday, a massive clash will occur between the non-believers and Muslims, and the believers, namely Muslims, will be victorious over the other party.” I thought about the Muslim World and tried to guess who those Muslims could be. I thought of Arabs, other nations and all others, but I could not consider any of them as fitting. I said, “Those could only be the Turks,” and prayed to Allah to show me a Turk. I was just watching you while you were moving things some minutes ago. When I realized you were foreigners, I asked the local friend there, “Who are they?” When he said, “They are Turkish”, I wanted to see you. Here’s how, Allah accepted my prayer.” We kissed the old man’s hand once again before parting with him after a short while. The interesting thing was that in a city of 10 million, maybe one would find not more than ten Turks if they ever endeavoured to count them…

I insistently wanted to buy a 15-rupee worth bunch of bananas for 20 rupees!

There was a public market in the area near the train track, right next to our bachelor pad in Makka Colony. I took care of the food and general shopping affairs of the house. One day, in the afternoon, I went out again to buy some fruit and vegetables for home. The vendors had Pakistan’s famous finger bananas. In Pakistan, bananas are not sold by the dozen, not by the kilo (except in the hypermarkets). I also asked for a darcan (dozen) of bananas from the vendor. He counted the bananas swiftly, cut them from the bunch and placed them in a plastic bag. I asked him the price of the bananas. “Pandra,” he replied. I was new to the country; I only knew some of the Urdu numbers such as daas, bees, tees, charlees for 10, 20, 30, and 40. I thought and counted, “daas, bees, tees, charlees…” The number ‘pandra’ was not among that set. I said to myself, “The vendor must have noticed me by my fair complexion and so increased the price because I was a foreigner.” “No!” I said to the vendor, “Bees (20) rupees is enough for you.” The man did not hand me the bag with bananas. I started negotiating with him by using a few more Urdu words that I knew. After much insistence, I squeezed the 20 rupees note into the vendor’s hand and pulled out the bag from him. On Monday, I narrated that incident to one of my colleagues, who had lived there for years and was also married to a Pakistani lady. He told me that ‘pandra’ meant ’15’. It turned out that the fruit seller was simply surprised, thinking, “Why is this man offering 20 rupees for a dozen of bananas worth 15 rupees?”

Since I also took care of the cooking in the house, I would shop sometimes alone or with friends. We would experience different incidents from time to time. One day, I was at the public market with a Math teacher colleague, who was also a housemate. We saw a slightly yellowish green pear-like winter fruit. We said, “Turkish and Urdu words are very similar to each other. What they call amrood must be our armoot (pear). See how the pronunciation has changed.” We bought a kilo or two of amrood. When we got home, we peeled the fruits. We took them out of our mouths just as we bit into them. Amrood had a sweet and sour taste, but this fruit, similar in colour, shape and name, had no taste affinity with our armoot (pear). Thus, we learned by trial and error that amrood (guava) and armoot (pear) are two different fruits.

We learned the taste of karela through a bitter experience

Once again, I went out with my math teacher housemate to buy some salad vegetables such as tomatoes, onions, and cucumber from the market. We kept on encountering a lumpy, cucumber-like vegetable on many stalls. We bought two kilos of that, saying “It seems it is the local cucumber harvest.” We chopped it into the salad bowl and sat at the table for dinner. When I first took a bite from the salad, I felt a very sour and bitter taste and I had to remove the morsel from my mouth immediately. There was no way that ‘cucumber’ could be eaten as fresh. We had a Turkmen cook named Sarwat. He also used to cook our lunches at the school. Sarwat said to me, “Brother, that is karela,” and added, “that is not meant to be mixed in salad, it has to be cooked.” It turned out that Sarwat liked karela (bitter gourd) so much. Later, he cooked the karela for himself. We learned the difference between bitter gourd and cucumber with a bitter taste.

There was a road between our house and the public market nearby. There was a small neighbourhood park on the side of the road where our house was located. A fisherman had set up his stall at a corner of that park and he was selling large trout weighing two or three kilos each. I remember buying two trout from there once. The fisherman moved to clean the scales of the fish with an iron comb. We objected to him, saying that a considerable portion of the fish was wasted that way. We took the fish home without having its scales cleaned at the stall. I started frying the trout. While frying, the pan was covered with scales coming loose from the fish, and we could not eat the fried fish due to the thick fish scales that spoiled our eating experience. We never interfered with any fisherman’s business from then on… 😊

There was a PCO (payphone) on the side of this neighbourhood park facing the road. We used to call Turkey with phone cards and talk to our families mostly around 9 or 10 pm in the night.

Employees we trained would soon start to work at the Embassy

When I arrived in Lahore as a single person in 2004, I and my colleagues wanted to find someone to prepare the lunch for us at the school and also to do the housework for us since we were at school until the evening. For that reason, we thought that there should be someone who had more or less the same palatial taste and could speak Turkish. We asked the Turkmen parents, who were mainly engaged in carpet business. They recommended someone first. After working with us for a while, that man found another job and left. Later, the parents sent a young man named Sarwat to us. He was 17 or 18 years old. He used to cook our lunch and brought it to school on a bicycle. We had a rupee equivalent of $0.5 per teacher spending limit for the lunches. We used to pay Sarwat an equivalent of $100, an amount close to what was paid to some of the teachers working at the school. His food and accommodation expenditures were on us too. Sarwat worked with us for several months. We liked him so much. He was a hard worker. We taught him our style of cooking. His Anatolian Turkish improved too.

One day, Sarwat said to us, “I will go to Afghanistan” and we let him go. When he returned, it was almost the end of the month and we handed him his salary. Soon, he came up and said, “My father suffered a heart attack, I have to be at his side in the hospital for 3-4 days!” and went again. He did not return again. After a couple of months, the deputy director general of our schools came from Islamabad. During a chat, he said to us, “I saw your Sarwat at the Turkish Embassy reception yesterday; he was slicing doner kebabs.” It turned out that Sarwat had talked to the Turkish Embassy officials. When they found a young man who could speak Turkish and also cook well, they seized him right away. They started to pay him a monthly salary of $300. They also brought a cook from Turkey and taught Sarwat how to prepare baklava and slice doner kebab. In the years that followed, we continued training many local members of the staff and – sometimes knowingly and sometimes unknowingly – promoted them to the Turkish Embassy and the Consulate like Sarwat!

In our first and second year in Lahore, the our most popular evening activity was playing football. We managed to assemble about 10-15 people including some other Turkish friends who marketed vacuum cleaners. I used to play as my team’s striker every time and would also count the goals I scored. Sometimes in the field next to the principal’s house at Cavalry Ground, we used to play football in dust. Sometimes, and if we could go there, we used to play night-time football under the floodlights in the Model Town Park.

Part One: Getting caught in the heat of Lahore while escaping the cold of Sivas!