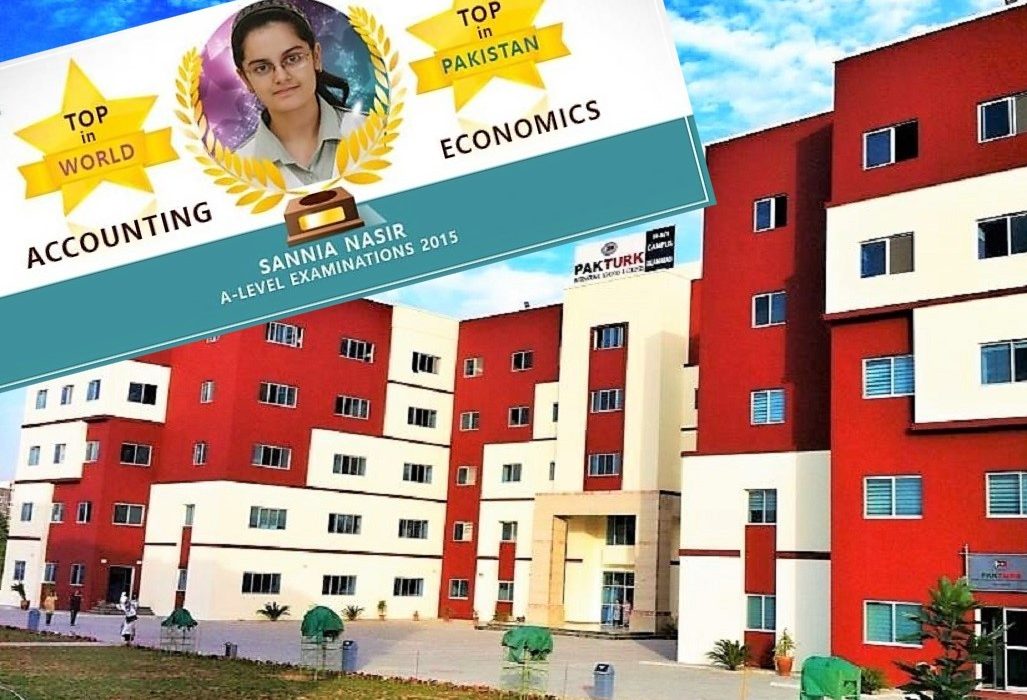 In the “A Page from History” section, this time we feature an achievement that made the people of Pakistan and PakTurk Schools proud. PakTurk student Sanya Nasir got the top position in the world in the 2015 Cambridge International A Level Examinations. Nasir’s success, which was reported by the Cihan News Agency at that time, was also lauded in Turkey. The news that the agency wired to its subscribers on February 12, 2016 is as follows:

Sanya Nasir, a student of PakTurk International Schools & Colleges, achieved great success in the field of accounting and economics in the Cambridge International A-Level Examinations, organized by the University of Cambridge, one of the world’s leading universities in England.

Nasir became the first in the world in accounting and the first in Pakistan in economics in the A-Level exams, in which students from 50 different countries participated.

Sanya Nasir studies at the PakTurk International Schools & Colleges opened in Pakistan by Turkish entrepreneurs in Lahore. Those who successfully qualify in the A-Level exams have the chance to study at the world’s leading universities. Cambridge University has been organizing these exams around the world since 1951.

PakTurk Schools, of which Pakistan’s leading personalities spoke highly, have won 194 medals – 83 of which are gold, in the international science and education competitions. PakTurk Schools, which started operating in Pakistan in 1995, provides education with 25 schools in 9 important cities of the country.