First days in Lahore and changing from principal to teacher!

One-minute support for the preservation of a quarter century!

First days in Lahore and changing from principal to teacher! 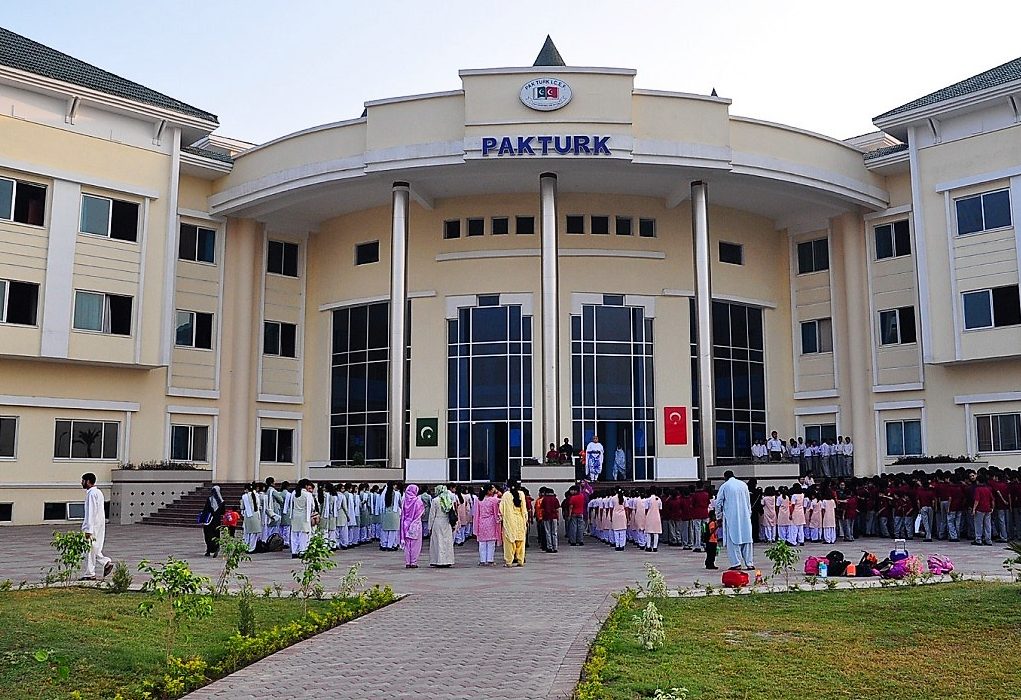 The school in Raiwind Road, where Taner Koçyiğit started to work as an English teacher.

Educator Taner Koçyiğit narrated his first days in Lahore, where he worked after Quetta, and what he did to get used to the variances offered by the city. Koçyiğit also wrote about his return to teaching in his professional career to which started as a school principal.

We moved from Quetta to Lahore but felt as if we had come to another country and not another city. When we observed the differences between the two cities, my wife and I were shocked. The climate in Lahore, the language spoken in the city, the way people dressed and even the complexions were different. Even the local shalwar kameez suits I had bought bespoke in Quetta looked different from the ones in Lahore. When I wore those suits in my first days in Lahore, people looked at me with curious eyes. The shalwars were cut much narrower and made without pleats in Lahore. To keep up with the milieu, I had to change my old suits. The language spoken was Urdu but, for the first time in three years, I had arrived in a city where Urdu was spoken fluently and accurately. Everyone who heard my accent asked, “Are you Pashtun?” or “Are you Afghan?” because I had learned Urdu from Pashtuns who did not actually know it well. That’s why I was speaking Urdu like them, repeating the same language mistakes.

I and my wife talked often saying, “We can get used to everything here, but not to the weather!” We had been accustomed to the dry and cool highland air of Quetta. Lahore’s humid and hot weather was not for us at all. We had rented our first house in Lahore on the recommendation of our friends but without seeing it. We did not like the house when we actually saw it. With the hot weather and insects in the house, Lahore did not give us a very good welcome. There were so frequent power cuts that the ceiling fans in the house were almost of no use.

We used to lie between two wet bedsheets to sleep

When we first arrived in Lahore, there was no air conditioning in our house. We hadn’t bought one in Quetta because there was no need for air conditioning in the houses there due to the mild climate. we could not buy an air conditioner in the short term due to our financial crunch. Meanwhile, our car had an air conditioner that more or less managed. When the weather was very hot, my wife and I would get in the car day or night, find a shadow and wait in the car until the electricity came on, regardless of what time it was. In the days that followed, our drive-thru trips continued until we discovered some of the air-conditioned shopping malls nearby. On very hot nights (which meant five or six nights a week), we used to lie down between two thin wet bedsheets and try to fall asleep. If we couldn’t fall asleep in the first two or three minutes, we would douse the bedsheets once more and go back to sleep, because the sheets dried almost immediately. It wasn’t easy trying to sleep like this, but a day came and we got used to it.

In Lahore it was common to use an uninterrupted power supply (UPS) to have some backup and to at least run the ceiling fans when the power went out. We didn’t have a UPS when we first arrived in Lahore, but we bought one a few months later. Almost a year later, we had the means to buy an air conditioner. In the following years, we operated more than one air conditioner in our house, thank God!

I slept at traffic lights on the way to school

When we arrived in Lahore in 2006, we had two schools there. One was in the Gulberg district, consisting of two villas, and the other was in the Islampura district. The villas that made our school in Gulberg were two houses in a row, but the boundary wall between them had been demolished to join the two buildings. There was only one Turkish staff member working at the school in Islampura.

In the first year, I was to work at the school in Islampura, which was about 35 kilometres from our house. Other Turkish colleagues lived near the school in Gulberg. Considering to become neighbours with them, we had rented a house in the same neighbourhood. I was commuting that 35-kilometre distance every morning. If I could not leave early in the morning, it would sometimes take 50 minutes to reach school. Several times I fell asleep at long traffic lights on the way to or back from school. Right from the first day, my principal in Islampura helped us with many things, from moving our house to meeting our needs. He could imagine how hard it was for us as he too had worked in Quetta and even at our school in Pashtunabad like me.

A parent named his son after me

Our school in Islampura was allotted to our educational foundation on long-term lease by the provincial government. Right next to the school building was the most beautiful and widest park of the district. Apart from the school’s own playground, sometimes the schoolchildren would go to the large park next door to play. Since the Islampura district was one of the oldest settlements in Lahore, the streets were very narrow and the houses were adjacent or attached to one another. The backyards of some houses right next to our school building were opening to the school yard. What’s more, the main water pump of the neighbourhood was in our school’s yard, so someone would always come in and out of the school yard for repair and maintenance.

Since our school in Islampura was a primary school, it teemed with the chirping of children’s voices inside and out. An important aspect of duty as the vice principal was strengthening public relations through meetings and spending time with parents. In that way, I had the chance to meet many people around Islampura and we forged good friendships. I kept in touch with some parents for years, and some participated in the trips we organized to Turkey. One family was expecting their baby on our return from a trip to Turkey. A few weeks later, the gentleman called me and said: “I’m also Muhammed Taner’s father from this time onward; we named our son Taner.” This friend of ours had consulted a religious scholar he loved about the name he would give his new-born child. That scholar had said, “Make sure to give a name that starts with ‘T’!” The friend named his child ‘Muhammad Taner’ both because he had just come from the trip to Turkey and because he loved me. In Pakistan, it is a tradition to add the name of the Holy Prophet Muhammad (peace and blessings be upon him) at the outset of male names.

I was appointed as a teacher to the newly-built school

As we started the 2007-2008 Academic Year, we could start education in the building we ourselves built for the first time in Lahore. Even though the construction was underway, we were to move from the rental villas in Gulberg to a purpose-built and privately-owned school building with much better educational opportunities. We were to start education in our new building, built with the financial assistance of the philanthropic businesspeople from Lahore and Turkey. After working in Islampura for a year, I worked as an English teacher at our new school in Lahore, the main campus at Raiwind Road.

When I first arrived in Pakistan in 2003, I worked as a principal. Later, I worked as a vice principal for a while in Quetta and Lahore Islampura. When I was appointed as a teacher, I joked with the managers in the head office, “I was a mentor for four years while I was at the university. I am experienced in this field; if there is a need, you may send me to another city as a mentor!”

In places of service to humanity, performing one’s duty properly mattered more than the titles given. What mattered the most was to remain where I thought Allah Almighty’s divine consent was destined for me and to do justice to my position. May Allah Almighty enable us to continue serving humanity with this ideal.

Part Sixteen: How will I tell my future wife in Turkey about Quetta?