(A Page from History) Letter to Turkey from PakTurk students: I wish I could come again! 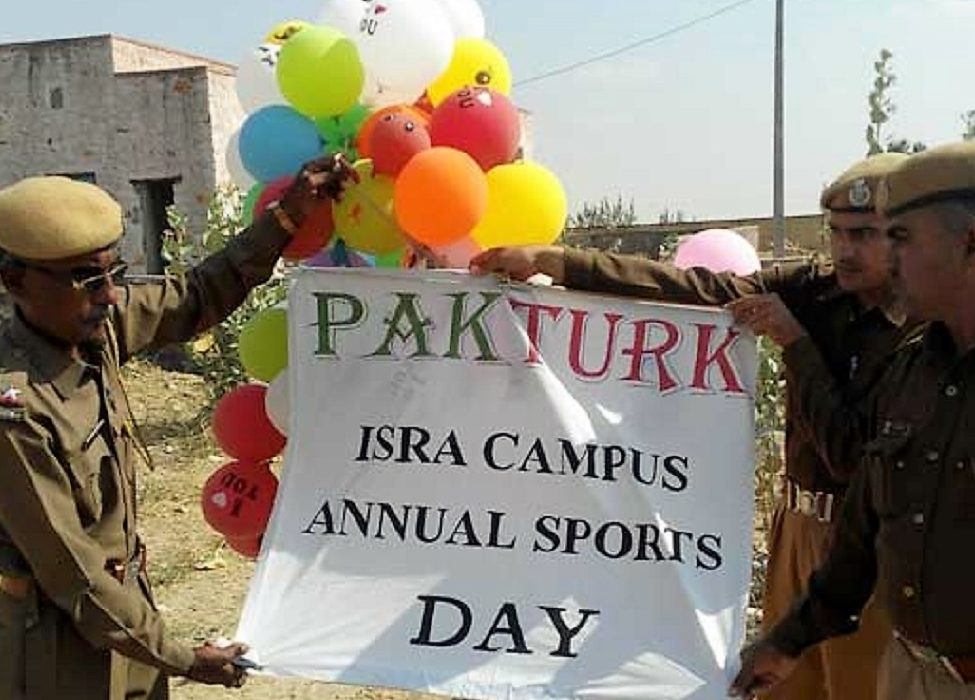 At the beginning of 2016, the Hyderabad branch of the PakTurk Schools released a banner attached to air balloons to announce the annual ‘Sports Week’ events. However, the balloon and banner, having travelled 350 km away, led to unexpected developments; they first alerted the Indian armed forces and then the Pakistani intelligence.

A low-intensity political tension between India and Pakistan has prevailed for the last 3 days. On March 9, a missile that had been ‘accidentally’ launched towards Pakistan from India crashed in Khanewal region, 124 km from the border, after cruising for almost 4 minutes at an altitude of 13,000 metres.

The Pakistani defence officials announced that the rogue missile had crashed landed near the town of Mian Channu in the east of the country, after threatening the aircraft cruising over the region. Islamabad warned India that such an irresponsible conduct could lead to unpleasant consequences. India, on the other hand, announced that the missile launched to Pakistan had been triggered by a “technical failure” during maintenance work. Delhi said it “greatly regretted” the incident and found solace in the fact that no one had been harmed.

This event reminded us how a celebration balloon released into the sky by the PakTurk Schools at the beginning of 2016 alarmed the Indian armed forces. Although it is hard to believe, the incident, which caused high-level official statements and probes, was also covered in the media.

First, let’s summarize the event in the words of Osman Arslanhan, a former PakTurk Schools administrator:

“In January 2016, one of our traditional ‘Annual Sports Week’ events would be held at the Hyderabad branch of the PakTurk Schools. During the inauguration, the poster announcing the Sports Week as an extraordinary event would be released with colourful flying balloons. This would mark the ‘start’ of the captivating and entertaining sporting event.

And so, it was done; the audience consisting of students, teachers and parents released balloons into the air with applauses and cheers. There was great enthusiasm and excitement. Photos were taken and eyes proudly watched the balloons and the PakTurk banner floating in the sky. Our school banner, flying high in the air with the balloons, disappeared after a while. Activities and various competitions continued. In the evening, everyone returned home tired but glad. In the minds were the banner that hung like a painting of pride in the darkness of the sky. The balloons were thought to ‘have already burst in the wind and fallen somewhere’.

A few days later, some special ‘guests’ arrived at our school. They questioned about the poster and the balloons released into the air. It was a team dispatched by Pakistani intelligence to discover the details. While we kept on thinking what might have happened and what we could have done to be exaggerated that way, a news report from India clarified the matter. It turned out our balloons had not burst, travelled about 350 km, crossed the border and alarmed Indian Air Force…

Let’s see the rest of the event details and how it was covered in the media through a news agency’s report that day:

The news, wired to subscribers by the Press Trust of India on January 31, 2016, mentions a poster that reads “PakTurk Isra Campus Annual Sports Day”, attached to a bunch of balloons landed in the Ramsar region of Barmer district in Rajasthan, India’s bordering state with Pakistan. Having released during the Sports Week organized by the students and teachers of PakTurk Schools Isra Campus in Hyderabad on that Saturday, colourful balloons with the inscription “I Love You” and different animal faces were seized and the matter was being investigated.

Four days before the PakTurk balloons reached India, an Indian Air Force fighter plane had shot down a balloon-shaped object coming from Pakistan.

“The coloured balloons with a banner reading ‘PakTurk, Isra Campus, Annual Sports Day’ most likely came from the Pakistani side and landed in the Ramsar area,” said Barmer Police Inspector Anil Deshmukh. He said the balloons had been confiscated and the matter was being investigated.

It seems the PakTurk balloon had landed after flying 338 or more kilometres. It had breached the border possibly after leaving Mirpur Khas and Umerkot behind on its flight route over Pakistan. 😊

Indian Defence Spokesman Lieutenant Colonel Manish Ojha said: “The Air Force is on the alert and is monitoring the situation closely.”