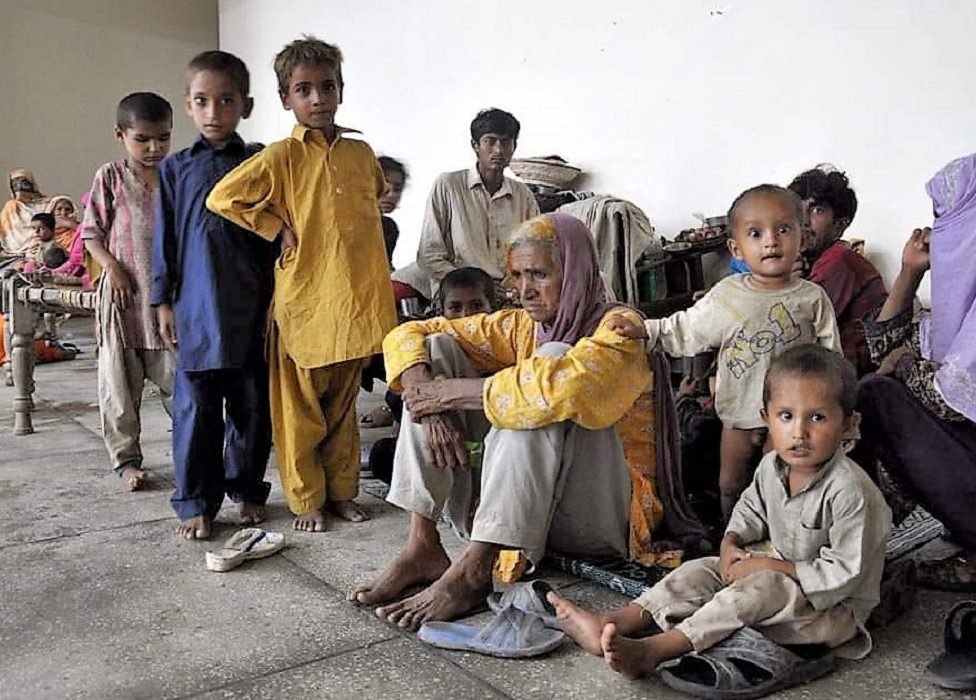 In this part of his memoirs, educationist Taner Koçyiğit wrote about the tonnes of detergents and diapers sent from Turkey as flood relief but proved unusable in the disaster zone. Koçyiğit explained the formula they found for putting these products into use.

It had been months since the flood disaster, but the volume of humanitarian relief never decreased. On the contrary, it kept on increasing exponentially. The survivors in the flood zone eagerly waited for us to deliver the relief materials we had received. Yet, I also had other duties; I was to take English classes three days a week and work as the general secretary of the businessmen’s association. Besides these duties, I also had to visit the flood zone at least twice a week, the total time spent in round trip being 14 hours. If we added the time we spent for distribution, we had to travel back and forth for an entire day without sleep. Some days I would realize I needed rest so bad. Even though I was 30 back then, that flurry of activity started to affect my health. Every time I intended to rest, I think of women survivors who had to walk for five hours across the flood zone in extreme heat, but could not receive their share of meat and had to return empty-handed and disappointed. In other words, the condition of the flood survivor did not let me to rest on my conscience.

During that busy routine, we suddenly found ourselves as trustees between the people of Turkey, who said “The Muslims of the Subcontinent who shaped today’s Pakistan had donated their bracelets and other jewellery to our cause during the Turkish War of Independence. Now is our turn to help and pay homage to them”, and the Pakistani flood survivors. We would not leave this trust unhonored because containers full of relief goods kept on arriving. A large volume of materials had arrived in many containers sometimes with products the flood survivors would never need for ordinary use.

Detergent converted into flour and distributed!

Back then, an association from Turkey had sent five containers of relief material, but we did not know what they were. We experienced a shock when we unloaded the first container: It was tens of thousands of boxes of automatic washing machine detergent. How on earth and to whom could we distribute those boxes of detergents, which did not foam enough in handwash and were useless in places where no washing machines existed? What’s more, the villages hit by the flood lacked electricity, let alone washing machines. It was also impossible to return those containers back to Turkey. We needed to find a solution and we had to execute it through a careful organization in order not to violate any personal or official right and trust.

I and Mr. Nida – who provided me the greatest support on field during the flood relief activities – thought we should somehow convert the detergent cargo into cash. We could sell those products and purchase basic needs with the money obtained, without informing anyone, not even the association that had sent the materials. We managed to sell the detergents to a grocery chain through the reference of a businessman, whom Mr. Nida knew in Lahore. We requested the cash amount be transferred directly to the account of the mill where we would buy flour; so, the cash would not even touch our hands. Thankfully, they did so. We eventually converted a container of automatic machine detergent into four trucks of flour. We were convinced this had been the best for everyone. However, when we could not send any photo of the detergent distribution in the flood zone to the association that had sent them, the officials asked what had happened to the detergents. We said, “Detergents got converted into flour, and we distributed them. May Allah bless you for your kindness.”

Hazardous for both health and environment …

In another container, next to the detergent boxes, were diapers. When I saw tens of thousands of diapers, it occurred to me to convert them into cooking oil and flour through the same method. However, this time the association officials stepped in and things changed when the donors wanted photos showing the distribution of diapers in the flood zone. We objected to their distribution, because in these villages even the waxcloth diapers, which had once been common in Turkey, were not used, let alone the ‘disposable’ diapers. Parents trained their babies and toddlers to answer the call of nature without using any baby product.

We told the association officials, “Let’s imagine we distributed them. In a village environment where garbage collection services do not exist, where will those diapers be discarded? Who will collect the soiled diapers? At the end of the day, they will turn into solid waste and will risk both the environment and health of residents. We could not convince them. As compelled, we reached the flood zone with a few trucks, carrying a portion of the shipment, and started to distribute the diapers. People received the packs without knowing what they contained. Although we tried to explain them what a diaper was, they wanted to get flour and cooking oil, and rush home immediately to bake bread and eat their meals.

Canopy made of diapers convinced the officials of the association

However, we did what had been requested from us and sent the pictures to the association officials after the diaper distribution. We were not comfortable at all. We had to somehow convert the remaining consignment into staple food. Just then, a photo I took during a visit to the flood zone came to our rescue. While walking around, I saw a mother, whose house had been destroyed in a village close to the area where we had distributed the diapers, feeding her children in the shade. When I got closer to take their pictures, I was surprised to see she had attached diapers, which we had distributed a week earlier, to one another from their adhesive strips on the edges and repurposed it into a large canopy. The diapers sent for babies had been put into use that way. I took a photo of the diaper canopy and sent it to the association officials, and that finally convinced them. They also allowed the diapers and similar products to be immediately converted to staple food. In that way, we sold several materials including a container of shampoo or glass cleaning spray, which the flood survivors would never use, and converted them into cash for purchasing staple food items distributed to the needy.

Our wives collected materials for women

At times, the survivors in the flood zone had special demands, necessitating additional financial resources to meet them. For instance, bulk of men’s and children’s dresses had been donated from Turkey, but the flood survivors did not want to get them because the garments did not fit the traditional clothing style of the region. Even if they got it, they would cut the garments and use the fabric elsewhere. So once, my wife and a few of her friends collected only the women’s supplies and local clothing on donation from Lahore, which we took along in a truck of food supplies to the flood zone. My wife and one of her friends also visited the flood zone to distribute the materials collected for women. In the villages we visited, they admitted the local women to a room in the village square one by one, and distributed the clothes and other supplies they had collected. I remember we received the prayers of many women flood survivors that day.

During the 2005 earthquake and the 2010 flash-floods in Pakistan, we were fortunate enough to be on the field and once again realized the essence of consulting with local people during the relief distribution process. In such disasters, the needs in the field can be far different from the perceived, so it is absolutely necessary to ask the opinions of the locals and dispatch relief materials accordingly. We experienced this through practice …

Part Thirty-Six: A poignant memory with the flood relief and businessmen from Turkey