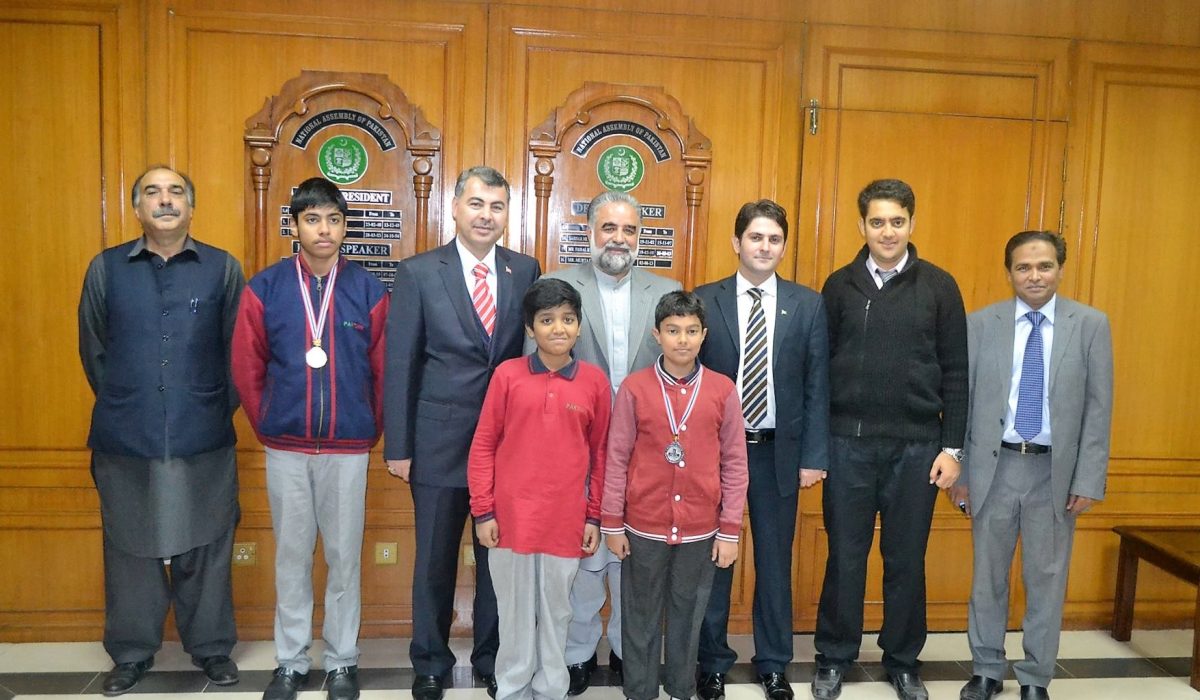 Having returned with outstanding success from an international mathematics competition held in Thailand, the students of the PakTurk Schools were greeted with enthusiasm in Pakistan. The Pakistani state officials, who received students and teachers at their offices, gave them gifts and praised PakTurk’s achievements.

On their return to Pakistan, the successful PakTurk students were welcomed with an intensive flood of love. Besides the students’ families and friends, the state officials too congratulated the students on numerous occasions. Medal-winning students, with their teachers, visited the National Assembly of Pakistan on December 10, 2015. Receiving the PakTurk delegation with a warm welcome, Deputy Speaker of the National Assembly of Pakistan Murtaza Javid Abbasi stated his utmost pride and happiness with the students’ high achievement in an international competition. Congratulating PakTurk Schools for always accomplishing the top ranks in education, Abbasi also thanked the PakTurk Education Foundation for making great efforts to raise and educate Pakistani youth, and expressed his admiration for the Foundation’s devoted efforts with the PakTurk Schools. Deputy Speaker Abbasi presented gifts to the students.